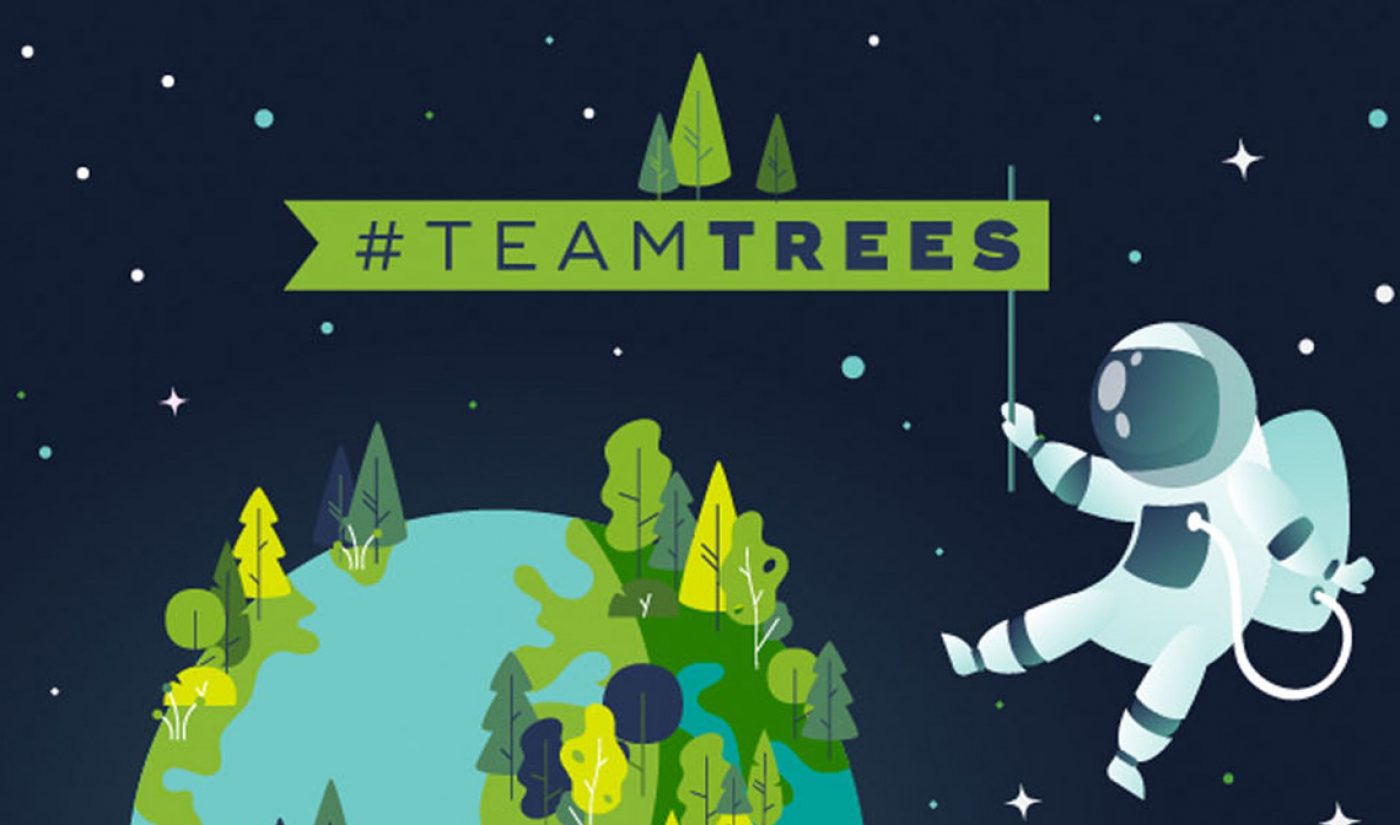 #TeamTrees is headed to the Discovery Channel.

YouTubers MrBeast (aka Jimmy Donaldson) and Mark Rober’s ambitious tree-planting initiative has collected $15.8 million — three-quarters of its $20 million goal — since it launched on Oct. 25, attracting hefty donations from the likes of YouTube CEO Susan Wojcicki (along with YouTube itself), Tesla and SpaceX founder and CEO Elon Musk, and Twitter founder and CEO Jack Dorsey.

Since each dollar donated equals one tree planted by #TeamTrees’ official nonprofit partner, the Arbor Day Foundation. That means the endeavor has so far enabled the planting of 15.8 million trees between the end of this year and December 2022.

And, as it turns out, Discovery has been documenting the feat all along for a special that will air on TV on Dec. 3 at 11 p.m. EST, Business Insider reports. The premiere of the hourlong documentary (called #TeamTrees) is a fundraising effort in itself, and also a bit of a viewership ploy: if 100K viewers tune in Dec. 3, Discovery will donate $100,000 to the cause.

“Discovery is an experiential brand, and we’re always looking for ways to give our audience opportunities to not just view, but also participate in simple ways like this,” Scott Lewers, Discovery’s EVP of multiplatform programming and digital media, told BI.

Along with revealing what’s been going on behind the scenes with Donaldson, Rober, and their team, the documentary will dive into just how the Arbor Day Foundation plans to accomplish planting at least 15.8 million trees over the next three years.

“It’s not easy to mass plant trees, as viewers will see in the episode,” Lewers said, adding that the special will “[spotlight] innovative tech solutions like seed drones.”

#TeamTrees will continue collecting donations until Dec. 31. Donations can be sent via the initiative’s website, through its YouTube Giving fundraiser, and on Arbor Day’s site or Facebook page.