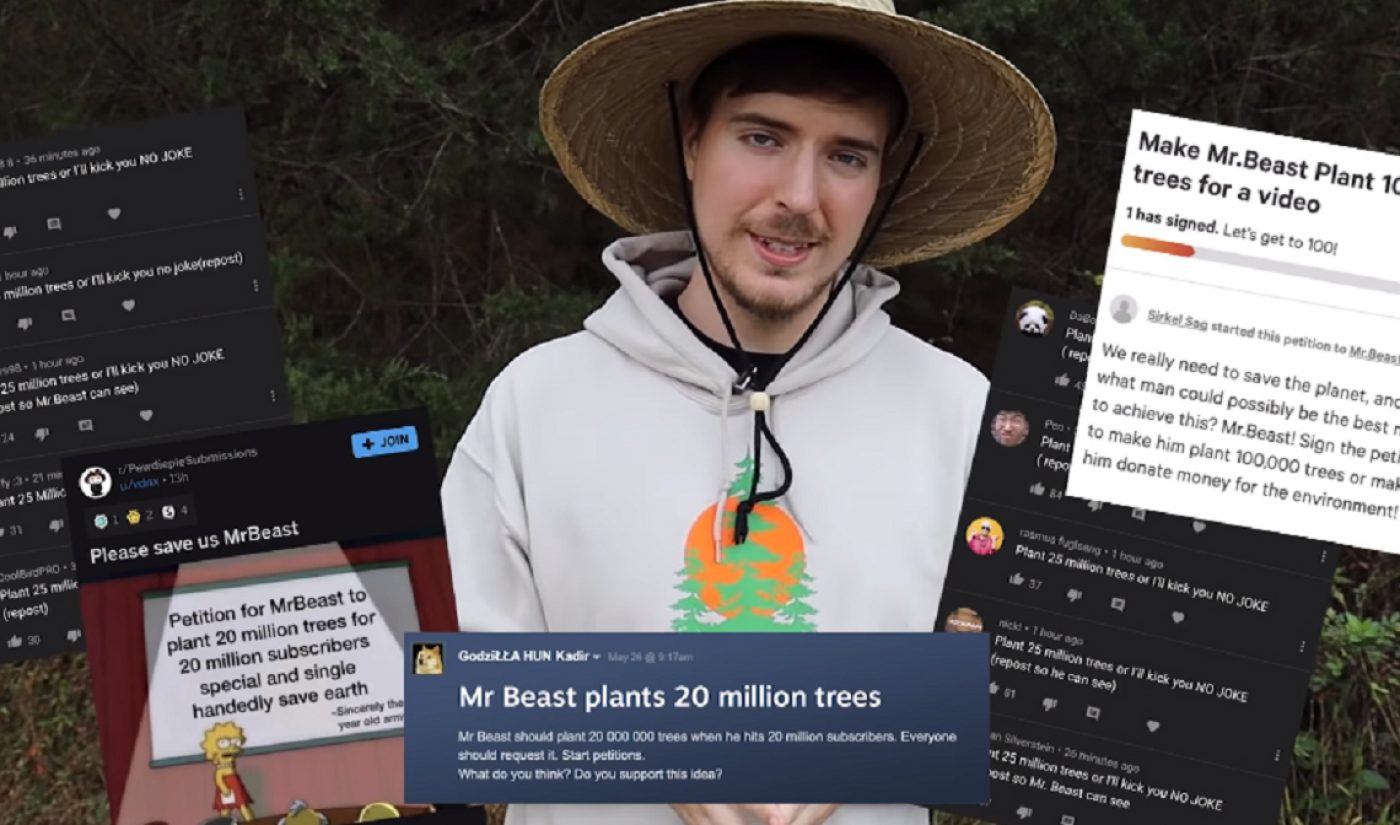 When famously generous YouTuber MrBeast crossed the 20 million subscriber mark in June, something surprising surfaced amidst the congratulations rolling in from fans and fellow creators.

Someone, somewhere, suggested MrBeast (real name Jimmy Donaldson) should celebrate his achievement by planting 20 million trees. Another person agreed. Then another. And then, as is the way of the internet, the suggestion quite suddenly became a viral meme, with thousands of people commenting on his YouTube videos, posting on Reddit, and taking to Twitter and Facebook to talk trees.

If you know anything about Donaldson, you know he’s not one to back down from a challenge, like that time he scoured an entire store to buy literally all of its stock (to donate, of course), and that time he really, really just had to give people lots of nice stuff for $1, and all of those head–to–head “last to” competitions. (Admittedly, he does not participate in all of them, but he does run them all, so it counts.)

This challenge is no different. Today, Donaldson (who now has 25M subscribers and nets upward of 200M views per month) and fellow creator Mark Rober (8.75M, average of 40M) each dropped a video announcing the launch of #TeamTrees, an initiative they and a number of other YouTubers have been working on behind the scenes for the past five months.

“We’ve been hustling behind the scenes for months and now we can tell the world,” Rober said in a statement. “This is like The Avengers of YouTube, if the Avengers planted trees. We’re only going to win if everyone comes together around the common goal.”

Here’s how this is going to work. Donaldson and Rober have officially partnered with the Arbor Day Foundation, the world’s largest tree-planting nonprofit organization. Arbor Day Foundation has agreed to plant one tree for every single dollar donated to #TeamTrees’ fundraiser — meaning the end cash goal here is a monumental $20 million.

Folks can donate using the initiative’s dedicated site, TeamTrees.org, send donations directly to the Arbor Day Foundation with a note about being part of #TeamTrees, or donate to Arbor Day’s #TeamTrees Facebook fundraiser.

Additionally, Donaldson and Rober have worked with YouTube to open up a community fundraiser using YouTube Giving, so funds are also being accepted via the donation buttons under #TeamTrees-related videos. Aforementioned creators and more plan to debut tree-themed videos throughout the coming weeks to hype the movement.

After the fundraiser wraps Dec. 31, things will be in Arbor Day’s hands. The organization has pledged to begin planting donated trees in January, and will have all 20 million planted by December 2022. Trees will take root in state and national forests around the world; #TeamTrees hopes to hit every continent but notoriously tree-unfriendly Antarctica.