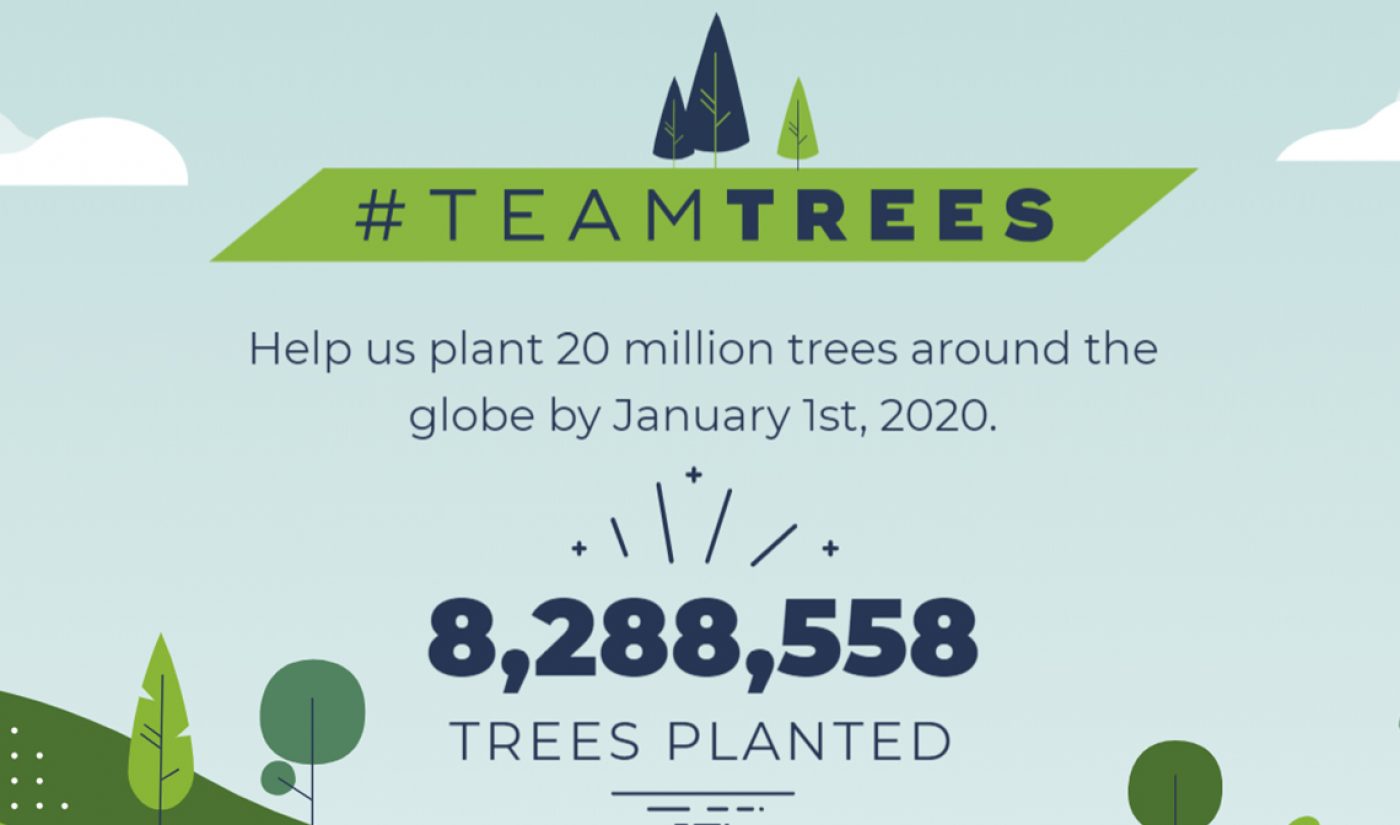 The tech entrepreneur, who’s founder and CEO of numerous companies including Tesla and SpaceX, first expressed interest in the campaign yesterday, responding to a tweet from MrBeast — aka Jimmy Donaldson — and asking for details about the trees being planted. YouTuber Marques Brownlee, who’s interviewed Musk and, like Donaldson, is a noted Tesla fan, chimed in to explain that #TeamTrees is working with the Arbor Day Foundation to fund the planting of 20 million trees over the next three years (a feat that would require the organiation to raise $20 million by Dec. 31).

Donaldson promptly crowned him Treelon’, a moniker Musk (who recently testified that he is “financially illiquid” as part of an ongoing defamation suit against him) has since embraced by making it his Twitter display name.

His donation, completed last night and tagged with the note “For Treebeard,” is the largest #TeamTrees has received yet, and has helped push the venture’s tally to more than $8.2 million — nearly half of their total, raised in a fraction of the two months they have left to collect the funds. Musk’s donation has also facilitated another $1 million for #TeamTrees, as YouTube itself tweeted last night that it will match his contribution.

A number of other notable folks have given money to #TeamTrees. The campaign’s second largest contribution (so far) is from Twitter co-founder and CEO Jack Dorsey, who donated $150,000. The third largest is from Donaldson himself: $100,002. It’s an odd number because Donaldson (who’s known for his cash-splashing stunts) had previously contributed $100,000 with a note daring someone else to donate more than him. Norwegian YouTuber, DJ, and producer Alan Walker took up the challenge, donating $100,001 and pushing Donaldson to one-up him.