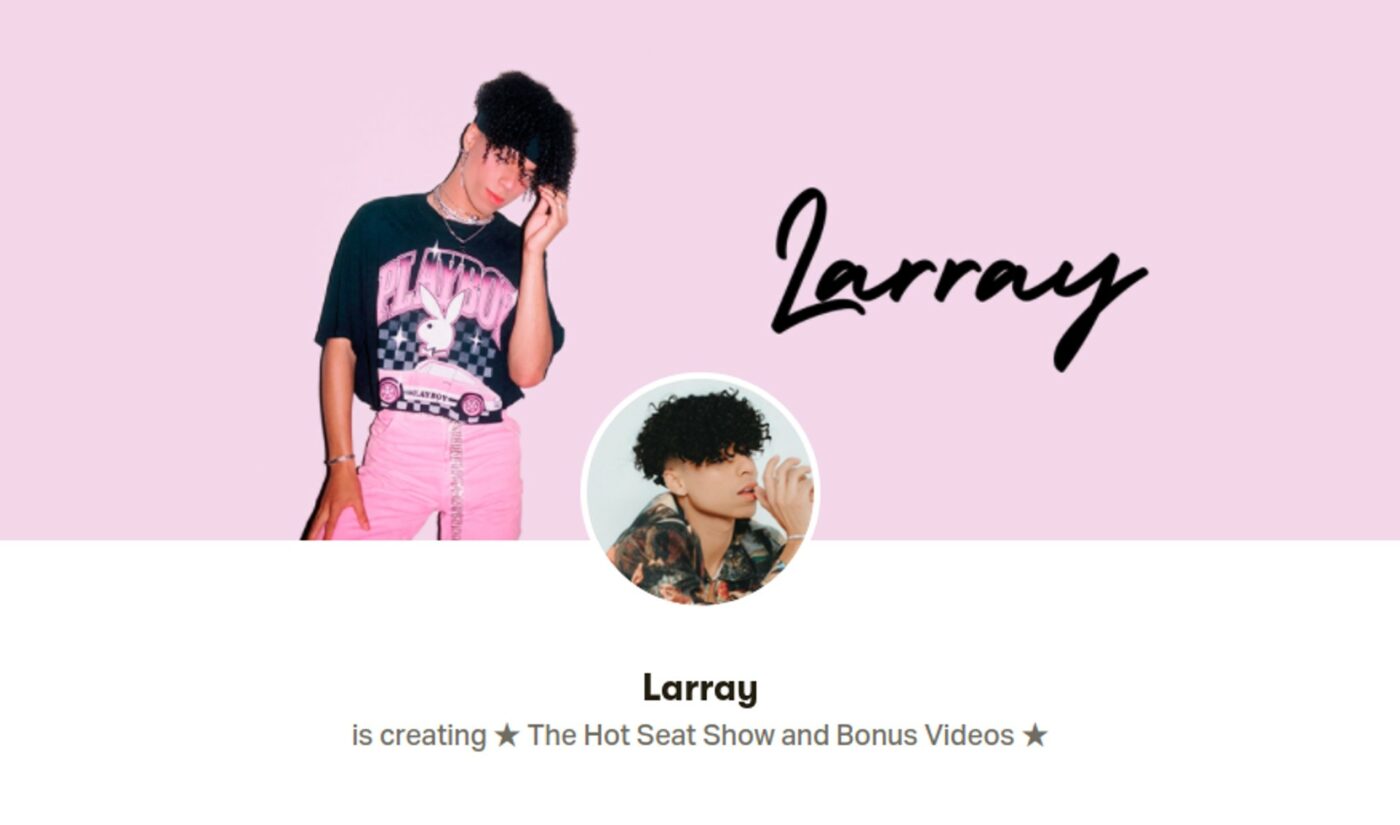 Fresh off his stint hosting the Streamys, Larray — whose real name is Larri Merritt — is launching a Patreon page.

The venture arrives with an all-new monthly series dubbed The Hot Seat, which will see the YouTube star interviewing celebrity guests, with TikTok star Noah Beck appearing in the very first episode. “These videos wont be demonetized,” Merritt teased on Patreon, “so you know it’s going to get spicy.”

The first 100 Patrons will receive a personalized merch care package, and Merritt has vowed to eat a Carolina Reaper once he surpasses 1,500 Patrons.

A total of three membership tiers are on offer. For $4 per month, fans will be able to access the Patreon-exclusive series, while a $9 tier will also include live stream hangouts. A $20 monthly tier for Merritt’s ‘Besties’ will include all of the aforementioned benefits, plus a private group chat.

Other YouTubers who have launched Patreon accounts in recent months include Zane and Heath, Josh Richards, and Scotty Sire. Merritt, for his part, is also currently starring in a Facebook series titled Something About Larray, chronicling the renovation of his grandmother’s home.