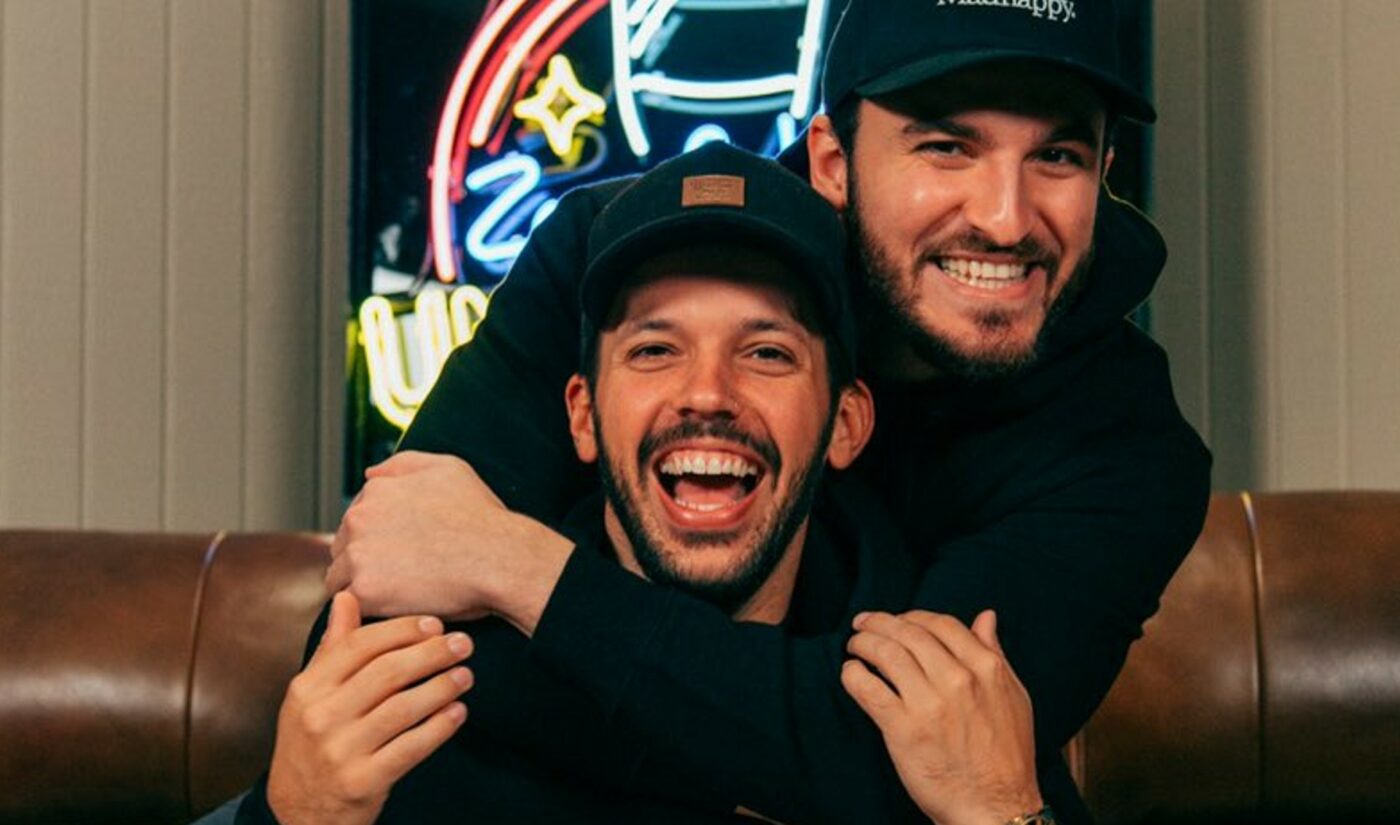 Zane Hijazi and Heath Hussar, the high school friends-turned creator duo who catapulted to stardom as members of the Vlog Squad, have all but stopped vlogging in recent years.

“I used to vlog and pull my camera out all the time,” Hijazi tells Tubefilter, “but I stopped doing that because I felt like it wasn’t good enough, or people didn’t care what I would have to say, or it’s just not crazy enough.”

“And that’s why I feel like creators get into this mindset of having to do crazier and crazier things,” Hussar adds — likely alluding to a mentality that led to various controversies that rocked the Vlog Squad earlier this year. “It gets to the point where you are doing things that are probably not the best.”

Instead, the current chapter of their careers — and the bulk of their social output — sees them hosting a hit podcast called Unfiltered, which launched in Sept. 2019 and has since released roughly 100 episodes. On YouTube — where the guys say a lion’s share of consumption occurs — the Unfiltered channel has amassed 990,000 subscribers and 5 million monthly views.

But today, Hijazi and Hussar say they’re ready to return to the kind of content that made them stars — albeit from the intimate comfort of their just-launched Patreon page.

While the page will bear the Unfiltered moniker, Hijazi and Hussar will be offering up different content perks to three tiers of supporters — ‘Like It’, ‘Love It’, and ‘Gotta Have It’ — ranging in price from $5 to $20 per month. This includes the return of their recurring ‘Coffee Talk’ vlog segments — which sees the old friends shooting the breeze while grabbing a cup of coffee — as well as more mature content, including hosting podcast episode while they’re drunk or high.

Other perks include: early access to Unfiltered and bonus episodes; members-only live streams; voting power on podcast guests and coffee flavors for their brand, Kramoda; a private Discord chat; and merch discounts.

“It might not seem like it from the content we put out, but we are insecure,” Hussar says, explaining that a smaller community feels less pressureful — and more conducive to content in which they can simply be themselves. “The tighter knit the better. If we’re posting to 10 people and making them incredibly happy, that’s just as exciting if it was 1 million people on YouTube.”

Hijazi and Hassar, who are both 28 and hail from South Florida, say that Patreon first piqued their interest after seeing friends foray onto the platform to great success.

Fellow Vlog Squad members Carly Incontro and Erin Gilfoy have a Patreon page for their podcast, Only Friends, while earlier this year Jeff Wittek — who suffered serious injuries after a stunt orchestrated by Vlog Squad leader Daivd Dobrik went tragically awry — chronicled the aftermath of that incident in a Patreon docuseries. At the time, Wittek’s page drummed up 37,000 patrons in just 10 days.

The idea of Hijazi and Hussar’s page was conceived roughly a year ago, and the guys have been getting it ready to go — including shooting vlogs and setting up the Discord destination — for the past month. The launch was slightly delayed, they say, due to drama surrounding a former business partner on their Kramoda coffee venture. They declined to go into specifics due to legal concerns, but say the brand is back in their control and has recently relaunched. 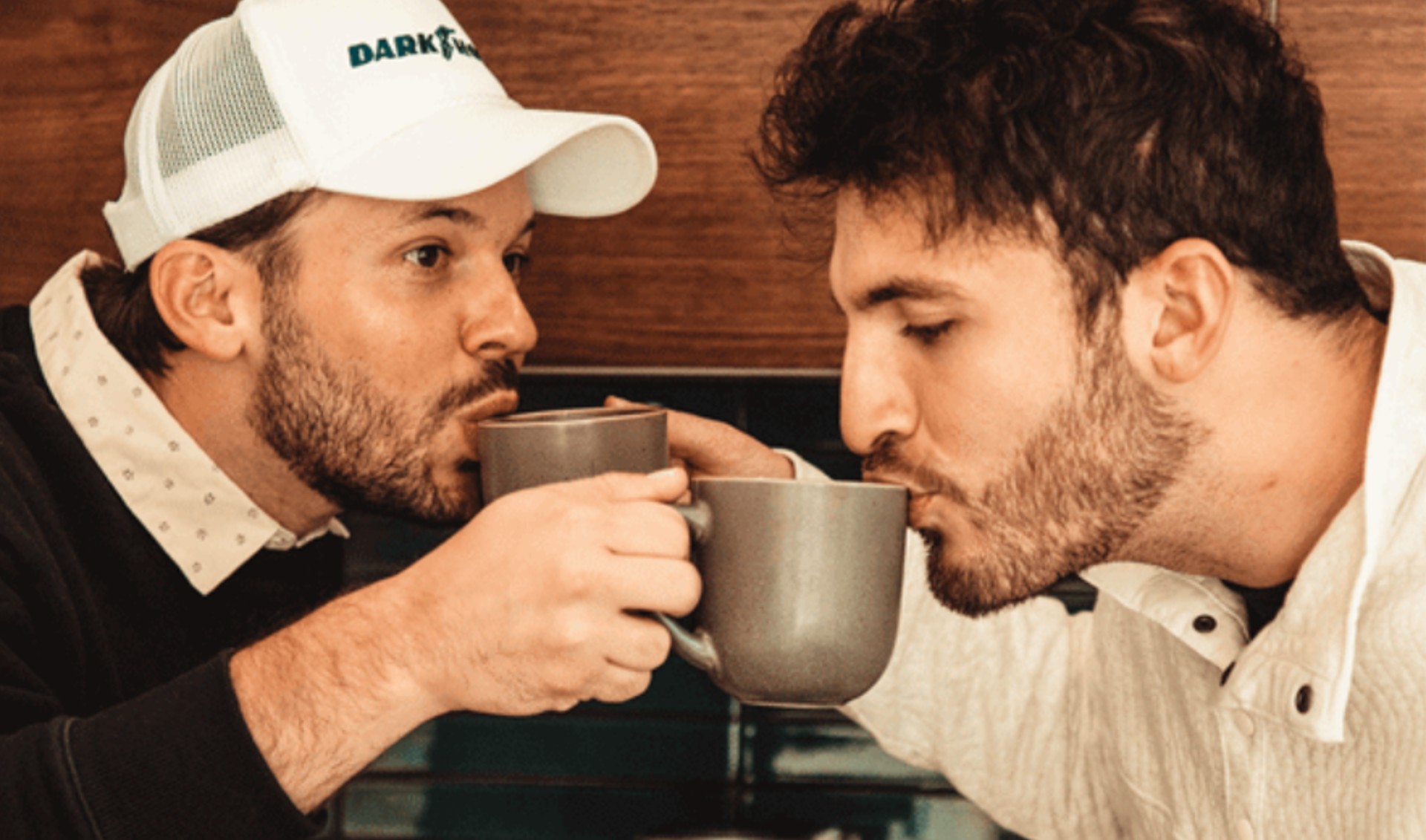 And Patreon, for its part is a natural home for countless podcasts, like Unfiltered — a venture that both Hijazi and Hussar describe as an unfathomable success.

“We thought it was going to be terrible and that it was going to last four episodes,” Hussar quips. (The show is co-hosted by their friend Matt King and Hussar’s girlfriend, Mariah Amato). Nevertheless, it marked a natural culmination in the way that they say that they have sought to give their viewers more access over the years — from six-second Vines to 10-minute vlogs to hourlong sitdowns. In their view, Patreon marks their most personal glimpse yet.

“Whether it’s a bonus podcast episode that’s high or if we’re drinking on the podcast or if we’re literally just running errands and goofing off,” Hijazi says, “we just like the freedom of being able to welcome people into our lives.”