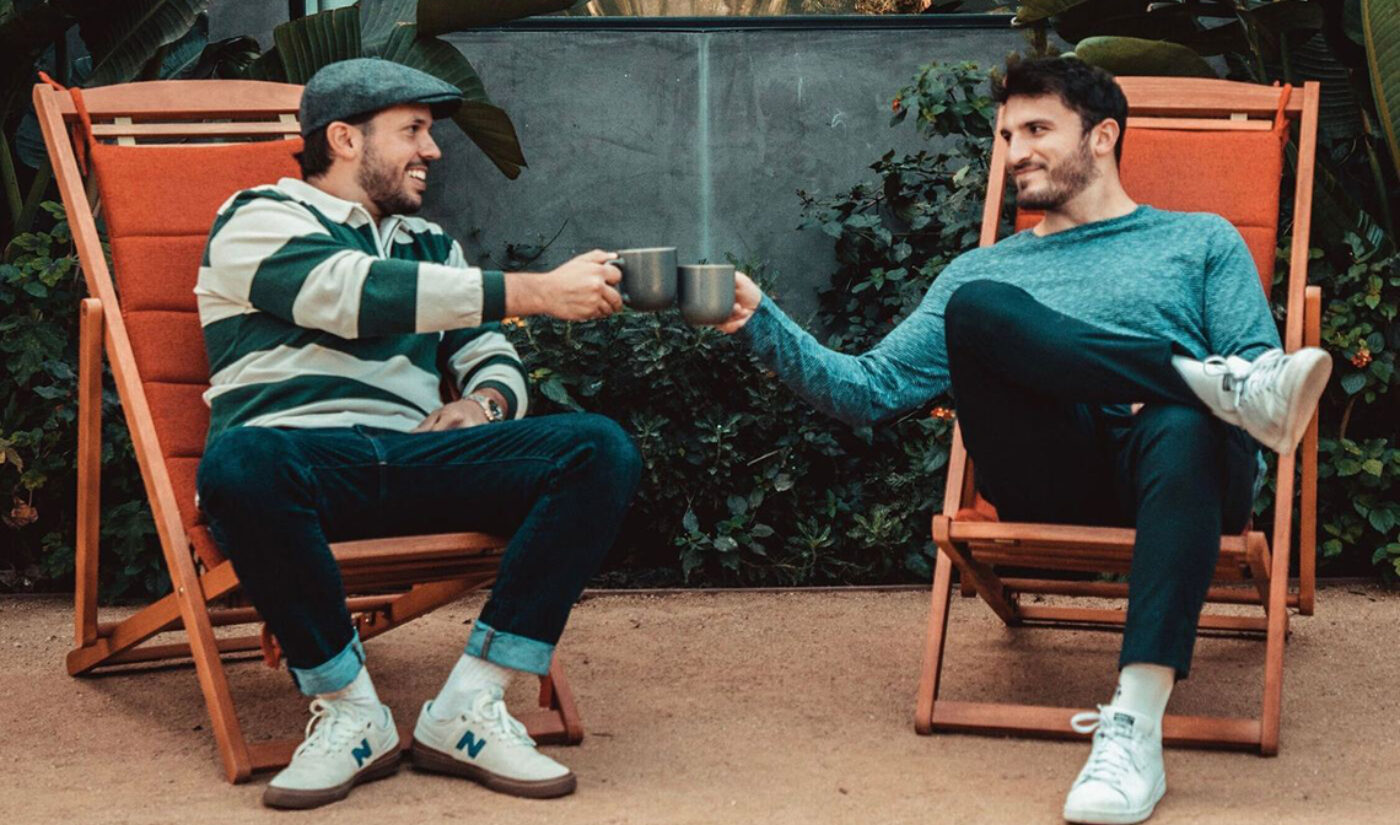 Vlog Squad YouTubers Zane Hijazi (3.91 million subscribers) and Heath Hussar (2.46M) have launched their own coffee brand: Kramoda. And, according to Hijazi, they’ve already sold out of all products.

Hijazi and Hussar–whose podcast Zane and Heath: Unfiltered (752K) was picked up by Spotify earlier this year to pilot the streamer’s foray into audiovisual content–officially unveiled the brand this week ahead of its Dec. 8 debut.

“After two years of creating the best coffee in the world with my best fuckin friend, we’re finally ready to launch,” Hijazi tweeted.

After two years of creating the best coffee in the world with my best fuckin friend, we’re finally ready to launch. 2 DAYS BABY!!! @kramoda pic.twitter.com/lpXBHpkkCC

On Kramoda’s website, Hijazi and Hussar explain they came up with the idea to make their own coffee because of the success of their “coffee talk” segments, which later turned into the hour-plus-long episodes of Unfiltered. Their end product is 100% Arabica beans “expertly roasted by a 5th generation California roastmaster,” per the site.

Item descriptions note that the original stock of items sold out within seven hours, and products are being restocked. For now, all sales are considered pre-orders, and are slated to ship Dec. 30.

Hijazi and Hussar are far from the only YouTubers to launch their own food brand–or even their own coffee. Digital creators have dropped everything from tea to hot sauce, a phenomenon we covered in a recent episode of our investigative video series, Creator News. You can check it out here.