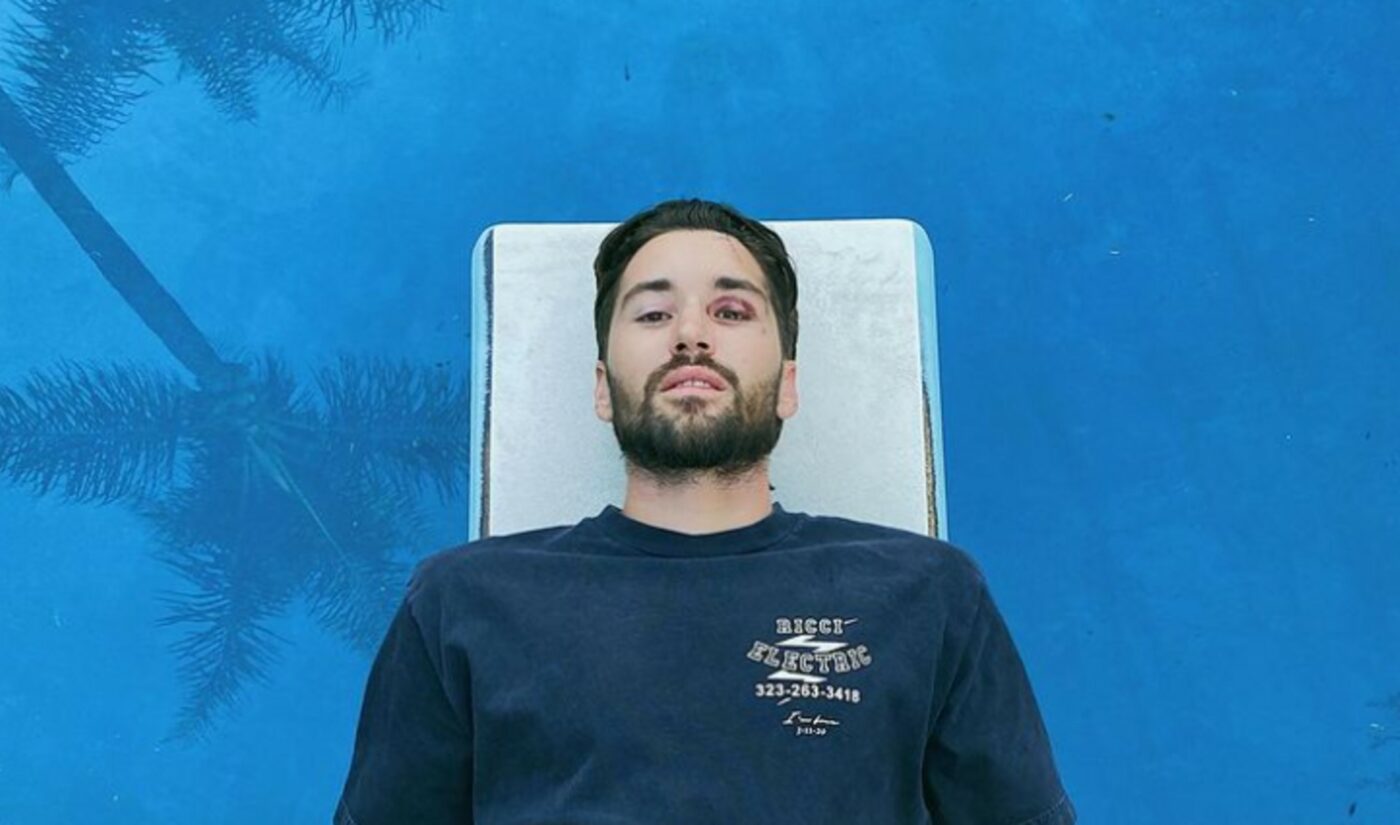 Vlog Squad member Jeff Wittek currently has a hit docuseries rolling out on YouTube. But the 31-year-old — who is sharing the graphic story of how he injured his skull, eye, and other parts of his body during a stunt gone awry — has also brought the project to a brand new Patreon account, where he’s achieved unfathomable success.

Three episodes of the series, Don’t Try This At Home, are currently live on Wittek’s YouTube channel. It’s a topic which, until now, Wittek has remained mum about on all social media platforms.

The incident occurred over the summer during a trip to Utah, as Vlog Squad leader David Dobrik had been plotting his return to YouTube after a yearlong hiatus necessitated by COVID via a series of eye-popping stunts. The stunt that led to Wittek’s injury saw him hanging from a rope being swung by an excavator that was being controlled by Dobrik and stationed in a shallow lake. Wittek was flying through the air around the construction vehicle when the spinning action slowed, whereupon he accidentally swung into the steel machine and shattered his face.

Prior to the accident, Wittek’s YouTube channel housed another series titled Jeff’s Barbershop, where he welcomed celebrity guests for both serious and sarcastic interviews while offering up haircuts. You can check out the most recent episode of Don’t Try This At Home, where Wittek describes the resentment he felt toward Dobrik in the wake of the accident, above.

To coincide with the YouTube release of Don’t Try This At Home, Wittek launched a Patreon account on April 19, stating that he planned to share behind-the-scenes content, bonus videos, and other moments from the series that had to be restricted due to YouTube guidelines. Now, a little more than a week later, Wittek’s Patreon has amassed a staggering 37,274 patrons at the time of this article’s posting, who are contributing either $5 (for early access to videos), $10 (early access + bonus videos), or $20 monthly (everything + livestreams and “thirst traps”).

Those patron numbers and price points mean, at the very least, Wittek is taking home $186,370 per month (which equals out to roughly $2.2 million a year) on Patreon earnings alone.

This has catapulted Wittek into Patreon’s top creator echelon — a stunning achievement, especially given that his account is just 10 days old. He doesn’t have quite as many patrons as massively popular podcasts like True Crime Obsessed (which has more than 45,000) and Chapo Trap House (38,000+), but Wittek’s supporters on the platform now far outnumber more established players like The Tim Dillon Show (23,000+),  Tiny Meat Gang (18,000+), and Kurzgesagt (15,000+).

Censored version of Episode 3 is now live on YouTube. Uncensored on Patreon. Thanks so much for the support I can’t put into words how much it means to me. love y’all ❤️

Posts thus far include a tour of Wittek’s childhood home, a scrapped episode of Jeff’s Barbershop featuring Zane Hijazi, and deleted scenes from Don’t Try This At Home, including footage of the injury and a reaction by Wittek’s mother to her son’s plastic surgery

Wittek, Dobrik, and the rest of the Vlog Squad have also been in the news recently amid a sexual assault scandal, whereby a woman claimed to have been raped by former Vlog Squad member ‘Durte’ Dom Zeglaitis during a video filmed in 2018. In the wake of that scandal, Dobrik was demonetized by YouTube and stepped down from his photo-sharing startup, Dispo. Both Dobrik and other members of the Vlog Squad also lost major sponsorships, which was likely another reason for Wittek’s decision to diversify his revenue streams and explore Patreon.

So far, fans seems to be enjoying the content.