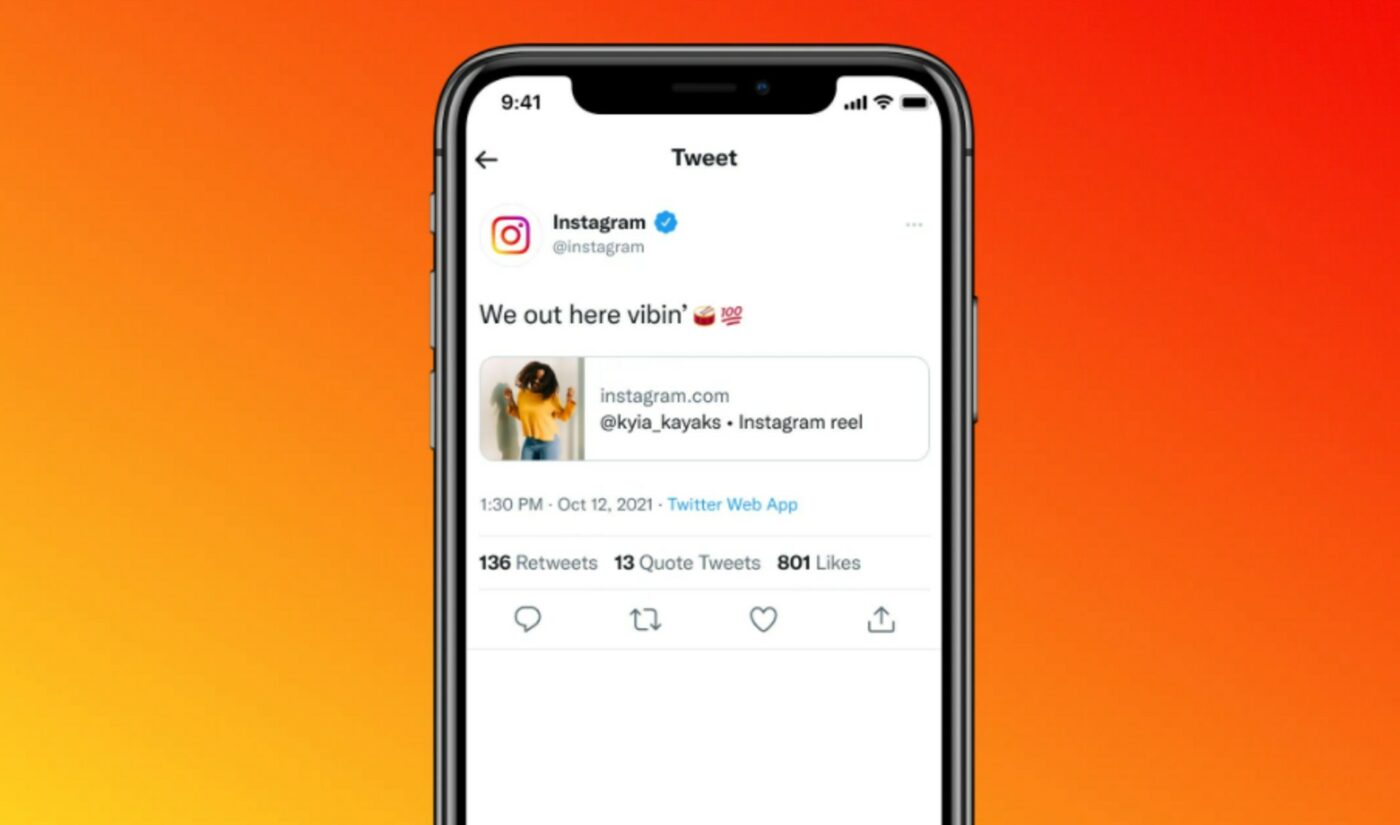 Preview images of Instagram photos will now appear when creators share links to Twitter — though the images aren’t full-size yet, but rather a relatively tiny thumbnail (pictured above).

But, after Newton bemoaned the loss of the feature in March, garnering responses from both Twitter’s head of consumer product Kayvon Beykpour and Instagram chief Adam Mosseri, the wheels were set into motion for a detente.

After getting together for dinner, Mosseri told Beykpour that it was simply a matter of freeing up engineers to work on the fix, concluding that he ultimately didn’t believe the integration would pose a competitive risk to Instagram. It would also mark what Mosseri calls a ‘finally feature’ for Instagram, per Platformer — an easy fix that users have clamored for that doesn’t necessarily benefit the company strategically but makes users happy.

They said it would never happen… Twitter Card previews start rolling out TODAY. 👀