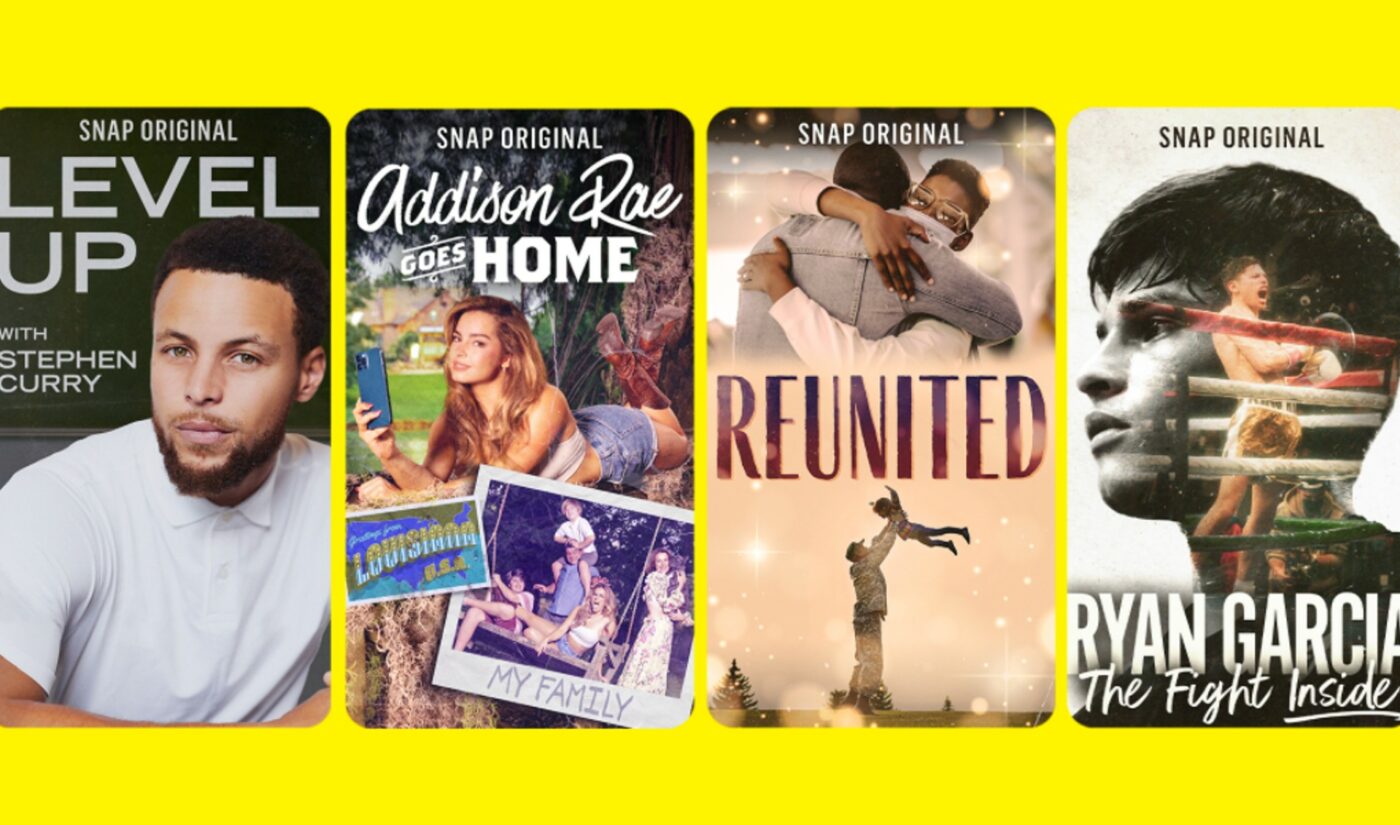 Snapchat announced its latest Snap Originals slate during Advertising Week today, including Addison Rae Goes Home, which will see TikTok and Netflix star Addison ‘Rae’ Easterling returning home to Louisiana for the first time since making it big in Hollywood.

The series promises a more personal look at Easterling, and is being produced for Snapchat by Maven Entertainment. Snap’s new Originals slate will roll out later this year and into early 2022, the company said.

Other upcoming titles include: Level Up With Stephen Curry, which will see the NBA star mentoring the next generation of ballers on and off the court; Ryan Garcia: The Fight Inside, an exploration of mental health with the boxer and social media star; and Reunited, which will follow heartwarming stories of reconnection.

Next year, Snapchat will also announce its first Snap Original in the U.K., A Fighting Chance, following British pro boxer Anthony Joshua as he gives back to the next generation in his hometown of Watford. (The company dropped its first non-English Snap Original, Phone Swap India, earlier this year). All told, Snapchat has released over 130 Snap Originals to date.

In addition to the programming news, Snap also unveiled at Advertising Week the formation of a global creative studio for branded augmented reality content called Arcadia. Arcadia, which will operate as a division of Snap, will work to develop tech that delivers platform-agnostic sponsored AR experiences for both brand and agency partners.

While Arcadia will author campaigns for competing platforms as well as Snapchat, it serves to reinforce Snap’s leadership position in burgeoning AR space, according to the company. Snapchat says 200 million users on average engage with AR content on its platform every day.