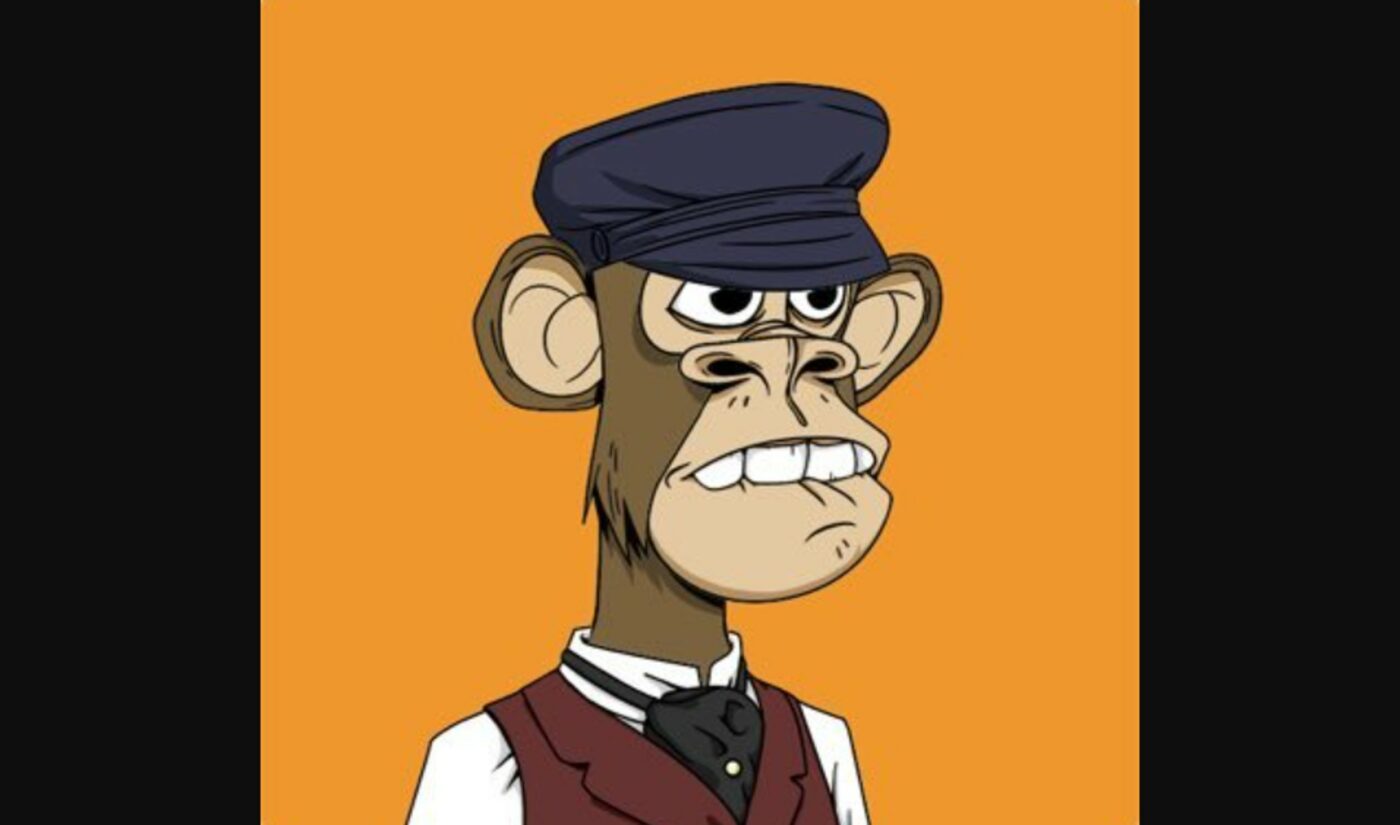 Yet another non-fungible token (NFT) project has been signed by a major Hollywood talent agency in a bid to translate the crypto collectibles into more traditional entertainment formats.

After Cryptopunks was signed by UTA in August, CAA has now pacted with an NFT venture called Jenkins The Valet for representation. The talent agency will work with the NFT avatar on opportunities across film, television, and podcasting, and is exploring publishing opportunities for Jenkins’ debut novel (more on that below). The signing was announced on Jenkins’ Twitter account.

BYAC is a collection of 10,000 cartoon ape NFTs living on the Ethereum blockchain that were programmatically generated from over 170 different visual traits, including facial expressions, coloring, clothing, and more. (Jenkins is Ape No. 1,798, bedecked in what appears to be valet attire). At launch, Apes were priced at 0.08 ETH, or roughly $250.

Now, the NFTs are owned by celebs like KSI and Stephen Curry, and in September, a set of 107 sold for a staggering $24.4 million at Sotheby’s. All told, the Apes have accounted for roughly $500 million in secondary market sales, according to CAA.

News from the Valet Stand:

Jenkins the Valet is proud to be represented by Creative Artists Agency (CAA) across Books, Film, TV, Podcast, and more.

CAA is a leader in global talent representation and this service Ape is ready to tell his stories on a larger stage.

In addition to the NFTs themselves, Bored Ape owners gain access to a membership club, token-gated merch stores and online games, and upcoming live events and physical spaces. What’s also notable about Bored Apes is that owners are bestowed worldwide licenses to create products featuring their characters, or even create derivative NFT projects.

To this end, Jenkins The Valet has spawned an NFT project of his own called the Writer’s Room, in which holders of Writer’s Room NFTs will be able to vote on the title, genre, and plot of a community generative book written in partnership with a “world-renowned author,” according to CAA. At launch, there were 6,942 Writer’s Room NFTs, with each costing 0.07 ETH, or roughly $200. They sold out in six minutes, and grossed more than $1.5 million.

BAYC holders will have the opportunity to license their own Apes to appear in the forthcoming book in exchange for royalties. And all Writner’s Room NFT holders will share in profits once the book is finalized — the very book that CAA is working to bring to market.

Jenkins will continue to be repped on the legal front by Danny Miller of HWHM+F.