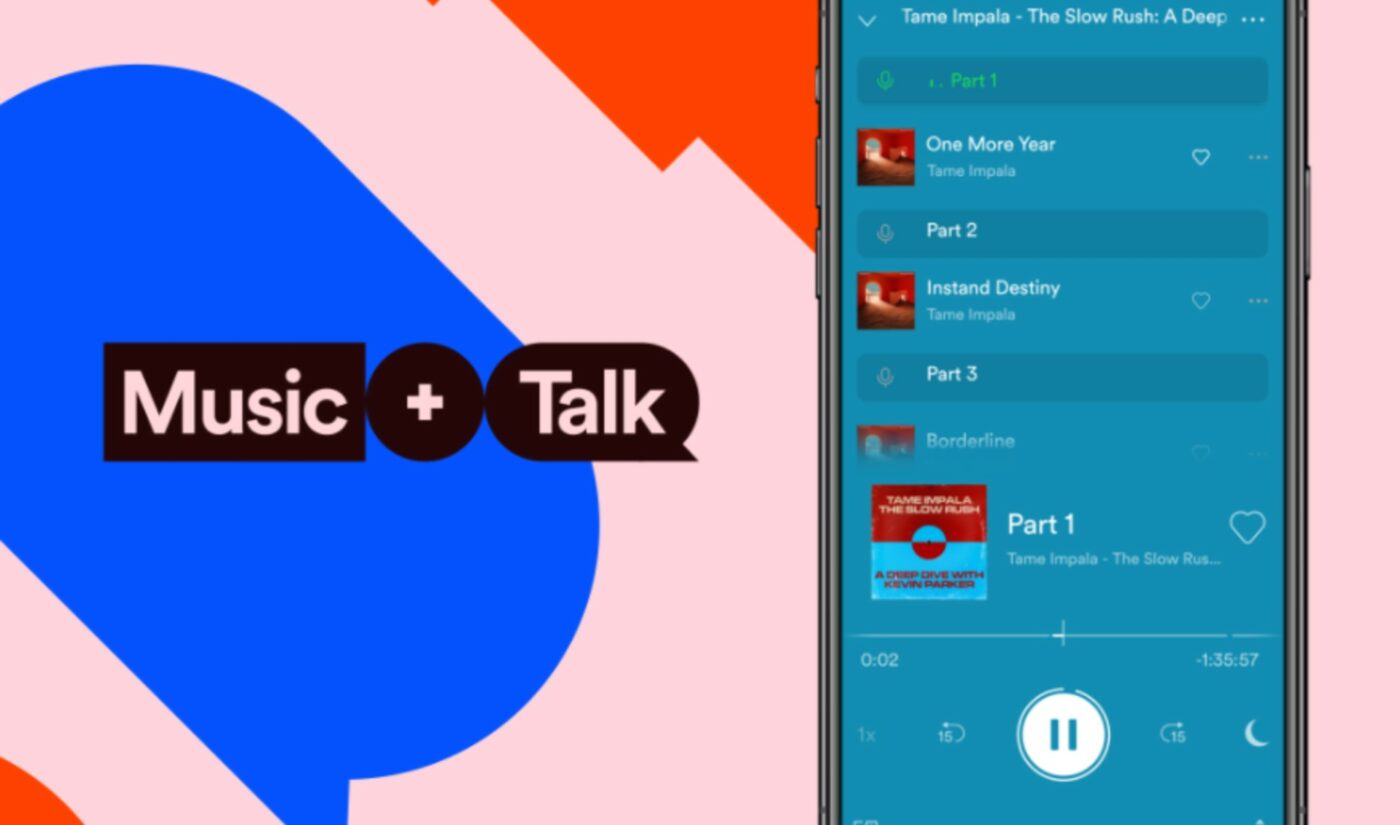 Spotify is rolling out its Music + Talk show format globally, which weaves together full songs and spoken-word content, after launching the feature in last October.

The format — a radio-esque genre of podcasting where hosts interject bits of commentary between tracks — can be created within the Spotify-owned podcast creation platform Anchor, via its Music tool. Music + Talk was already available in the U.S., Canada, U.K., Ireland, Australia, and New Zealand.

Music + Talk shows are available to both premium and free Spotify subscribers — with premium members being able to hear songs in full and free users being served 30-second previews. Listeners can also like, save, or share tracks as they would in a traditional playlist.

At the same time, Spotify’s own catalog of Music + Talk originals is growing via new shows from Argentina, Brazil, Colombia, Chile, India, Japan, and the Philippines that will explore the inspiration behind songs, as well as the listening trends of the modern age. The company is also launching Music + Talk: Unlocked, an educational series that will explore creative uses of the format.

You can check out a tutorial on how to create a Music + Talk show below: