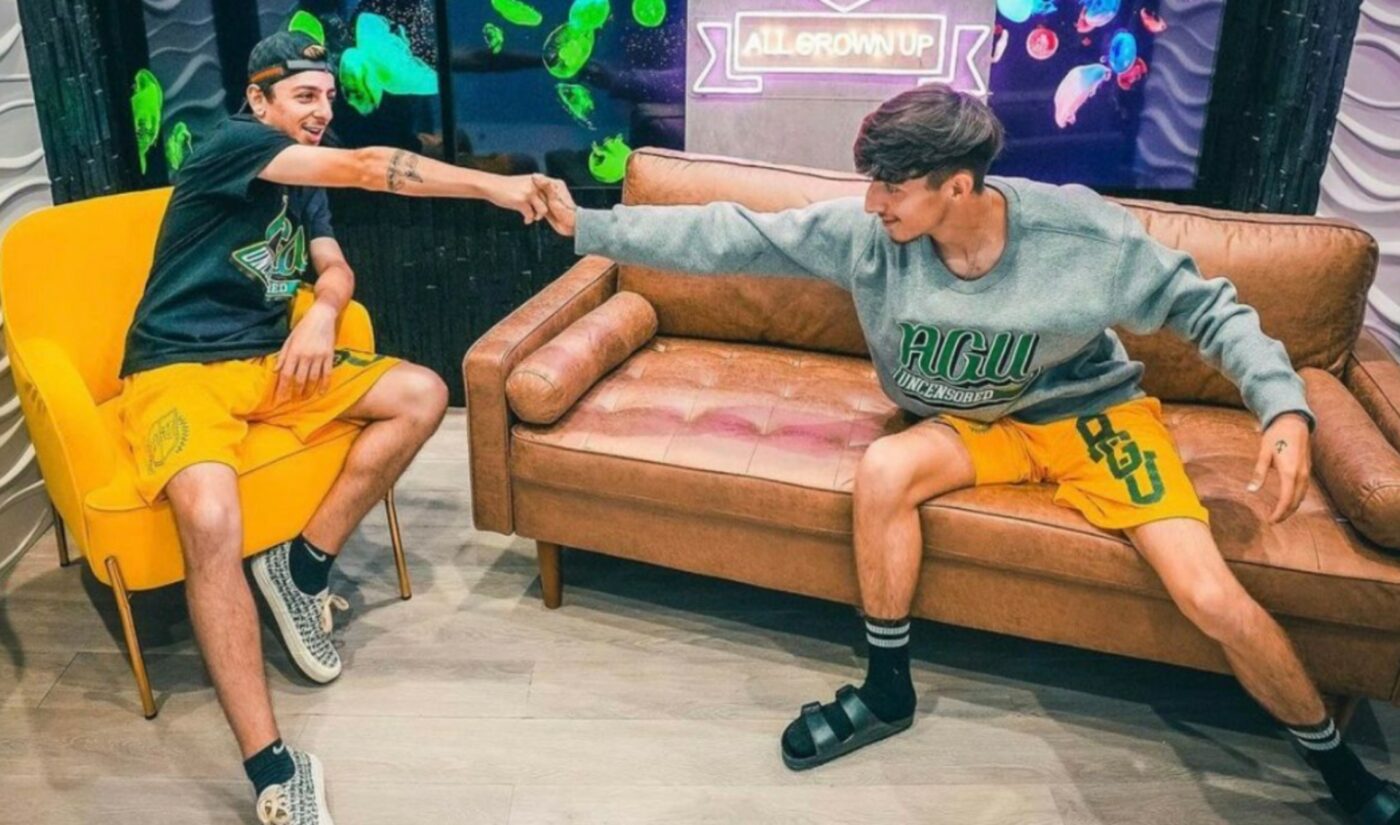 Co-hosted by his best friend and videographer Simplistic, All Grown Up will see the duo sharing personal stories about mental health and the ups and downs of social media stardom, while welcoming special guests. In the premiere episode, for instance, Awadis will delve into his recent breakup and move from San Diego to Los Angeles.

All Grown Up will premiere on July 18, and be distributed on all major podcast platforms — including Apple, Spotify, and Stitcher — as well as an accompanying YouTube channel.

“All Grown Up is the first of many original podcasts FaZe Clan is currently producing,” the company’s EVP of content, Bill McCullough — a former NFL exec onboarded by the company in December — said in a statement. “We are gearing up to unveil a massive new slate of original content and moving into the podcast business is a natural progression and expansion of the content we are creating for our fans.”

To this end, FaZe signed with UTA in February amid a push into different content sectors, including scripted, unscripted, podcasting, and livestreaming.

To fete its audio foray, FaZe is also unveiling a limited-edition merch line inspired by All Grown Up, including a crewneck, hoodie, T-shirt, shorts, and bucket hat. Items will be available at both FaZeRug.com and FaZeClan.com upon the show’s launch.

All Grown Up isn’t the first time that FaZe has forayed into new content realms, spearheaded by Awadis. In October, the company launched a feature film titled Crimson, starring the 24-year-old, who counts 35 million combined followers and 19 million subscribers on YouTube alone.

You can check out a teaser for All Grown Up right here: