Ryan Kaji Ties Up With Skechers For Limited-Edition Footwear Collaboration 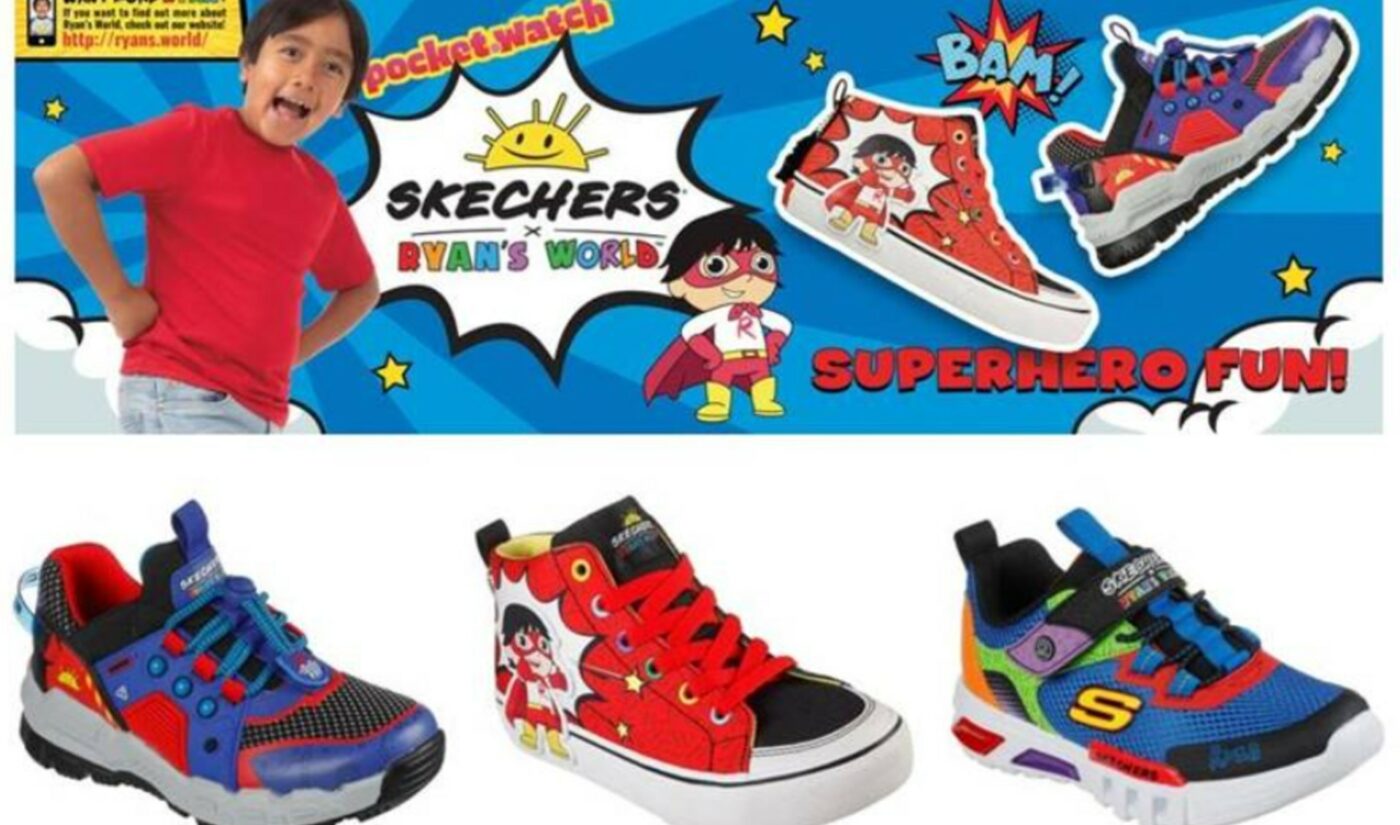 The nine-year-old, who counts over 30 million YouTube subscribers, worked with the Skechers Kids design team, his studio partner Pocket.watch, and his family’s own Sunlight Entertainment on the venture. Skechers says it marks the first time that a child YouTube star has been offered a global footwear deal.

“Skechers has been designing shoes that kids want to wear for nearly 30 years,” the company’s president, Michael Greenberg, said in a statement. “Parents will appreciate that Ryan’s fun footwear arrives with the comfort and quality that only Skechers delivers.”

Since the launch of his first consumer product in 2018, the Ryan’s World brand was on track to clock a half a billion dollars in retail sales by the end of 2020, Pocket.watch co-founder and CEO Chris Williams told Tubefilter last year.

Kaji introduced the collection on his YouTube channel, which you can check out below.