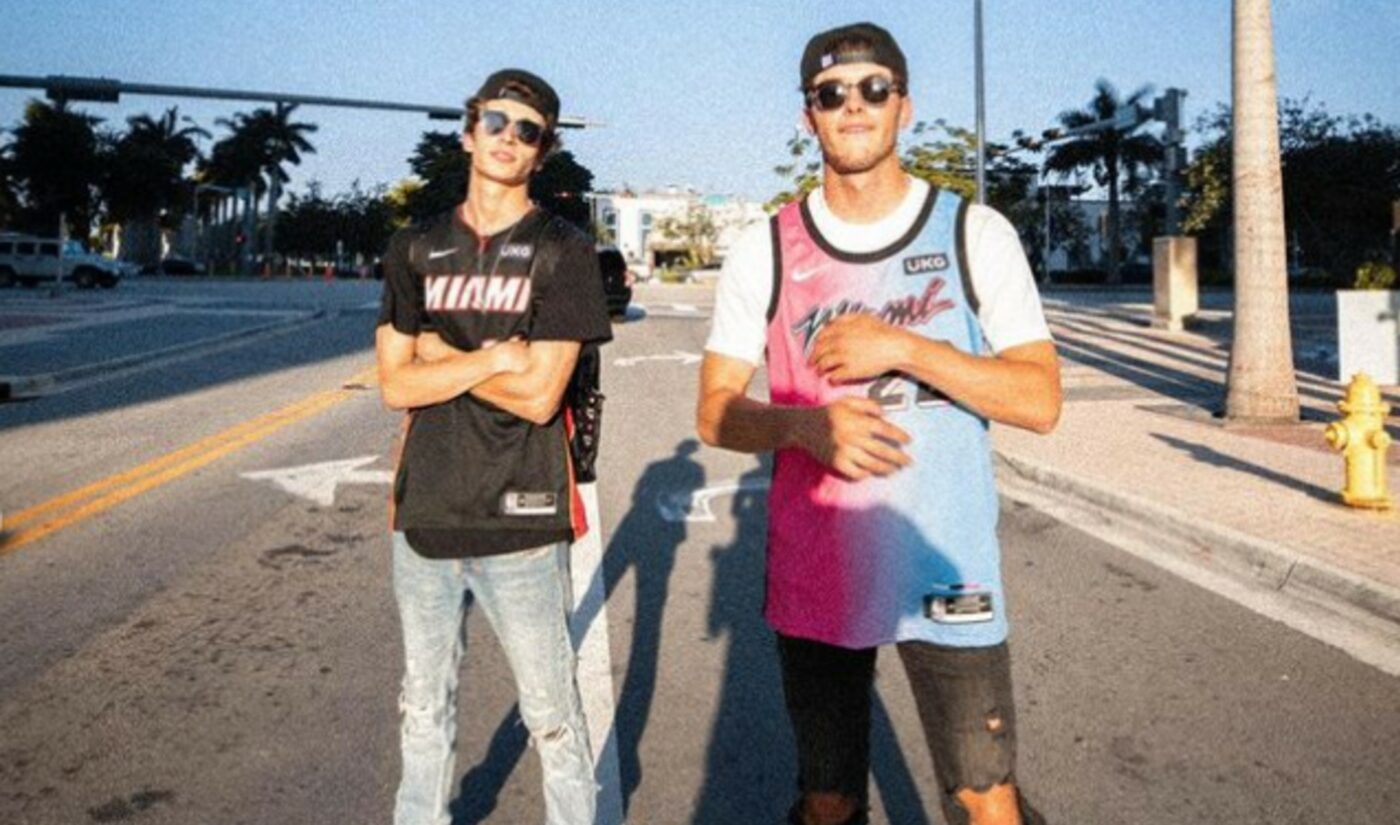 TikTokers Josh Richards and Griffin Johnson have launched yet another entrepreneurial endeavor — a sports agency called CrossCheck Sports, which the creator duo has founded in tandem with their frequent business partners Marshall Sandman and Michael Gruen.

The company boasts similar branding to CrossCheck Studios — a production company Richards founded in partnership with the actor Mark Wahlberg’s own production studio, Unrealistic Ideas — though it is a separate venture falling under Richards’ CrossCheck holding company.

CrossCheck Sports will sign basketball players — with an eye to ultimately signing other athletes in the future — and will be led by veteran agent Zachary Charles, whom the company notes is both National Basketball Players Association (NBPA) and International Basketball Federation (FIBA)-certified. Charles joins CrossCheck from the sports agency Young Money AAPA Sports.

In addition to negotiating employment and endorsement contracts, CrossCheck Sports will bring branding and marketing guidance to the table. Gruen says the company is in talks with a few possible clients ahead of the NBA draft, which is slated for July, though the nascent agency is primarily focused on 2022.

This isn’t Gruen’s first foray into the sports world, having formerly launched full-service agency 3PT Sports Management with Charles, which is no longer operational.

“I have always been a huge fan of basketball and launching CrossCheck Sports allows me to be involved beyond being a fan,” Richards said in a statement. “We are going to grow recognition for our clients in a way that has never been done before and will leave no stone unturned, utilizing every resource available, on our quest to become the best sports agency in the world.”

In addition to CrossCheck Sports, Richards hosts the hit BFFs podcast with Barstool Sports founder Dave Portnoy, and was also the co-founder of TalentX Entertainment, which was acquired by ReKTGlobal in March. Johnson, for his part, serves as an advisor to both Triller and ReKTGlobal. Richards, Johnson, and fellow TikTok star Noah Beck launched the VC firm Animal Capital earlier this month.