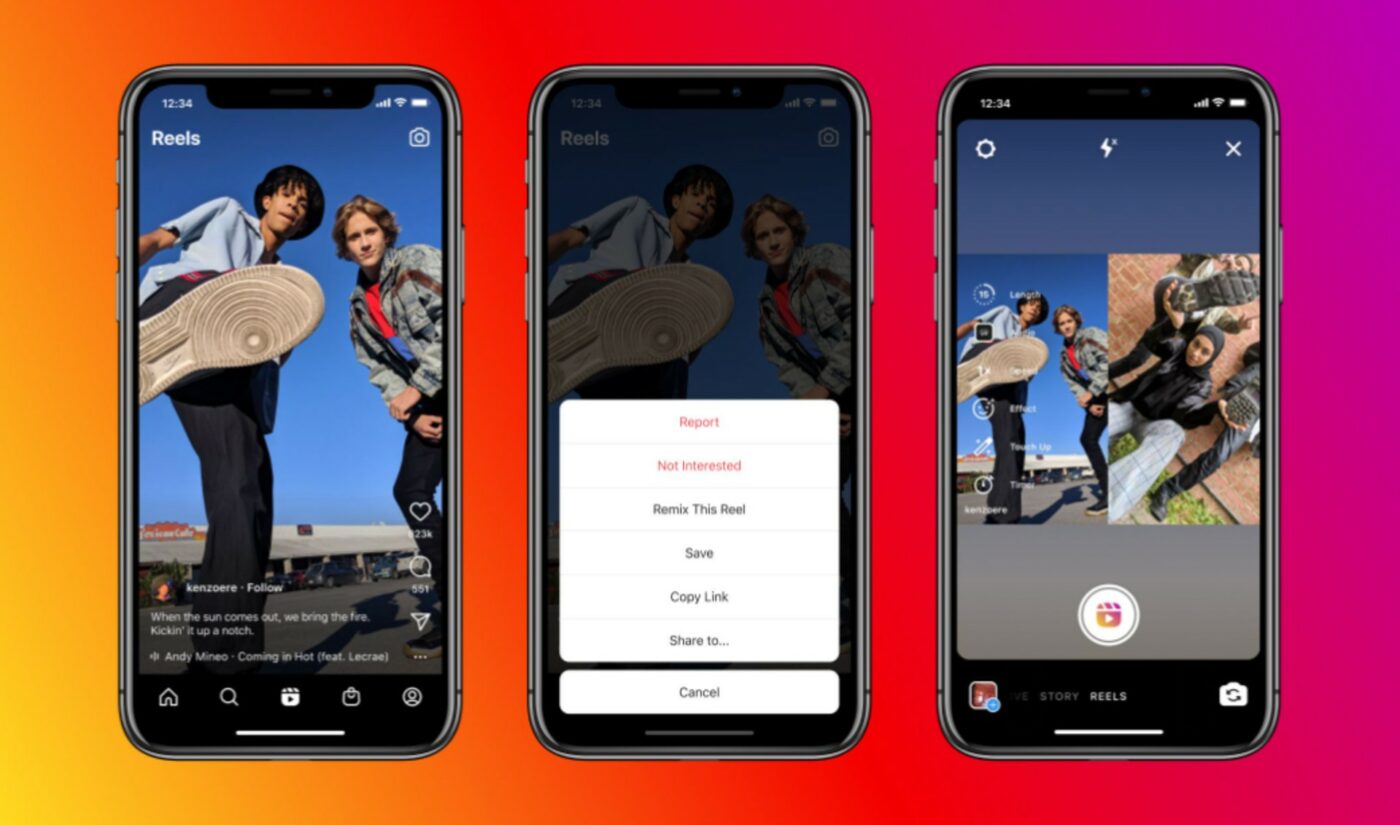 Remix enables creators to make their own Reels alongside an existing one — for the purposes of either reacting to a Reel, interacting with fans, or hopping onto a viral trend. Instagram said the feature marks its latest addition to a long line of interactive tools elsewhere across the app, including Live Rooms and polls and questions (both of which exist within Stories).

Instagram outlined the Remix creation process on its @Creators account (see below). Once users find a Reel they want to Remix, they simply tap on the three-dot menu and select ‘Remix this Reel’, whereupon a side-by-side recording can be initiated. Once recorded, users can lower or amplify the volume for either Reel within the Remix, or add a voiceover.

Instagram notes that Remix is enabled by default today on any Reel published from a public account. Users can also choose to enable Remixing on older Reels — individually — by selecting ‘Enable Remixing’ via the three-dot menu. Remix can also be turned off on individual posts in this same way, or at the account level at any time in ‘Settings’.

The launch of Remix — which had previously been in tests — arrives after Snapchat confirmed that it was testing its own Duet copycat, which also happens to be called Remix. That said, Snapchat’s Remix feature is only available in Stories shared between friends — though it could subsequently arrive on other parts of the app, including its nascent Spotlight platform.