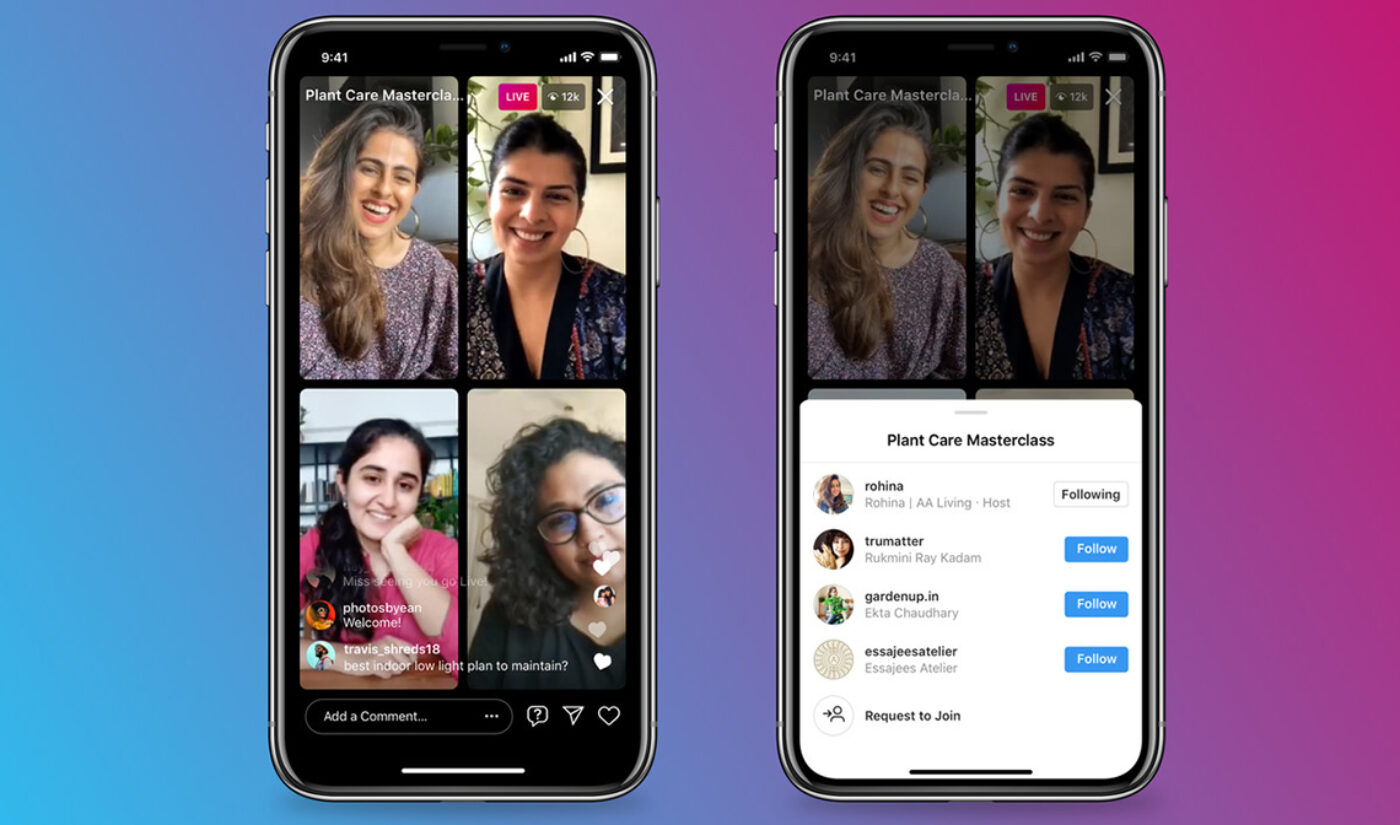 Instagram continues to beef up its livestreaming offerings, this time with a feature called Live Rooms that lets up to four people broadcast together simultaneously.

The company’s head, Adam Mosseri, said on Twitter that the feature has been requested “for a while now.” He also responded to a cheeky commenter who wondered if this is the beginning of Instagram taking on buzzy, cliquey audio platform Clubhouse, saying, “That’s not a terrible idea, though on Instagram it feels like we should continue to be visual first.”

That’s not a terrible idea, though on Instagram it feels like we should continue to be visual first.

In a blog post about the feature, Instagram said it hopes Rooms will “open up more creative opportunities” for users and allow them to “start a talk show, host a jam session or co-create with other artists, host more engaging Q&As or tutorials with your following, or just hang out with more of your friends.”

It additionally encouraged creators to use Live Rooms in tandem with some of the other livestreaming tools it’s introduced since the start of the pandemic. “With Live Rooms, viewers can buy badges for the hosts and use other interactive features like Shopping and Live Fundraisers,” it said.

For now, Live Rooms is pretty bare-bones: each Room has one host and up to three cobroadcasters. Broadcasters can pop in and out at any time–so, for example, guest speakers could be added during an educational stream, or one creator can welcome another for a surprise appearance. 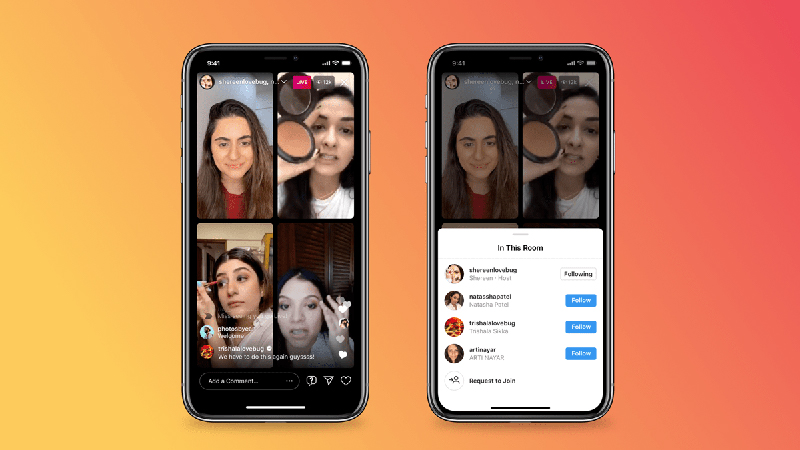 When creators are broadcasting in a Room together, Instagram groups their followings. Each creator can send their followers notifications about things happening in the stream, and any user blocked by one of the participating creators is blocked from seeing the stream at all.

Like regular one-person streams, Live Rooms give hosts the ability to report and block comments and users. They can also apply comment filters.

Instagram says it is currently “exploring more interactive tools such as offering moderator controls and audio features.” These will be available in the coming months, it added.

Live Rooms will roll out globally “soon,” the platform says.