MrBeast To Launch Second ‘Finger On The App’ Contest On Saturday, With $100,000 Prize 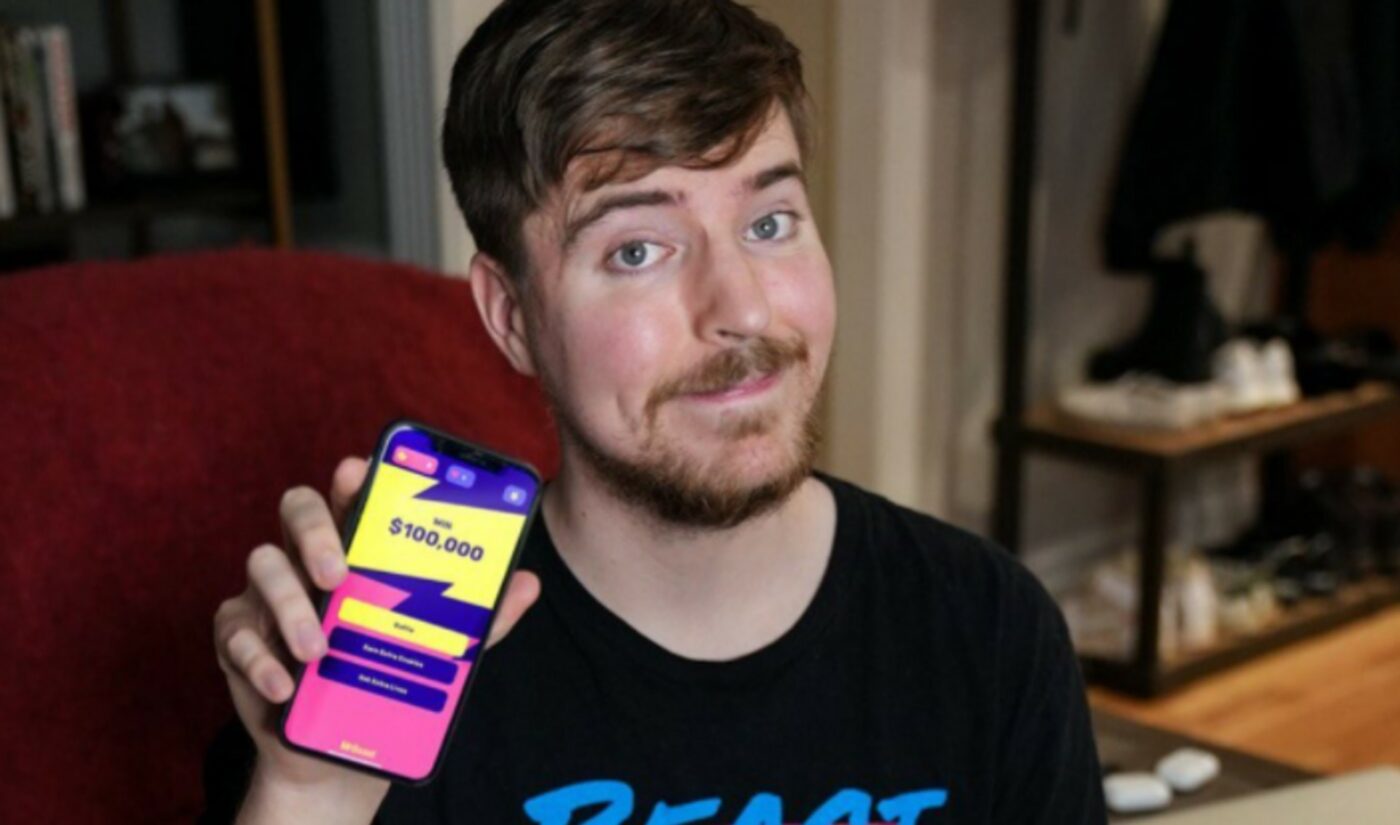 Jimmy Donaldson, the YouTube phenom known to his 55 million subscribers as MrBeast, is bringing back his hit Finger On The App game.

Donaldson officially announced the comeback of the lucrative contest — in which players must simply keep their fingers in contact with their phone screens for as long as possible — on Twitter yesterday. The challenge will kick off on Saturday, and the winner will take home $100,000. In order to play, participants must be at least 18 years old, and live in the U.S., Canada (excluding Quebec), or Mexico.

Shortly after his announcement, interest for the game surged, with Donaldson sharing a screen capture of Finger On The App 2 at the top of the Apple App Store charts in the ‘free games’ category. It subsequently ascended to the top of the U.S. app charts across all categories. (An Android version is also available).

Donaldson conceived the first iteration of Finger On The App in collaboration with Brooklyn-based product startup MSCHF last June,  which went on to bestow $20,000 to four winners — out of 1 million players at the outset — after Donaldson himself opted to bring the competition to a close after 70 straight hours. (The initial prize was set at $25,000, though Donaldson naturally ended up nearly quadrupling it).

While the second contest was slated to take place on Dec. 29, Donaldson subsequently pushed that date to Feb. 19 following traffic and technical issues, after the app incurred far more downloads than originally anticipated, he said, overloading servers. The launch was then pushed back once again to March 20.

Finger On The App 2 is no longer affiliated with MSCHF, and instead marks the first venture from Donaldson’s proprietary tech company, Beast Interactive, which counts a reported 50 employees.

The second installment will also features new challenges, in which players must not only keep their fingers glued to their phones, but also to maneuver their fingers in specific ways at regular intervals. That said, ahead of Saturday, users can play a ‘Battle Mode’ within the app, going head-to-head in mini-games in order to score extra lives that can be used during the flagship challenge.