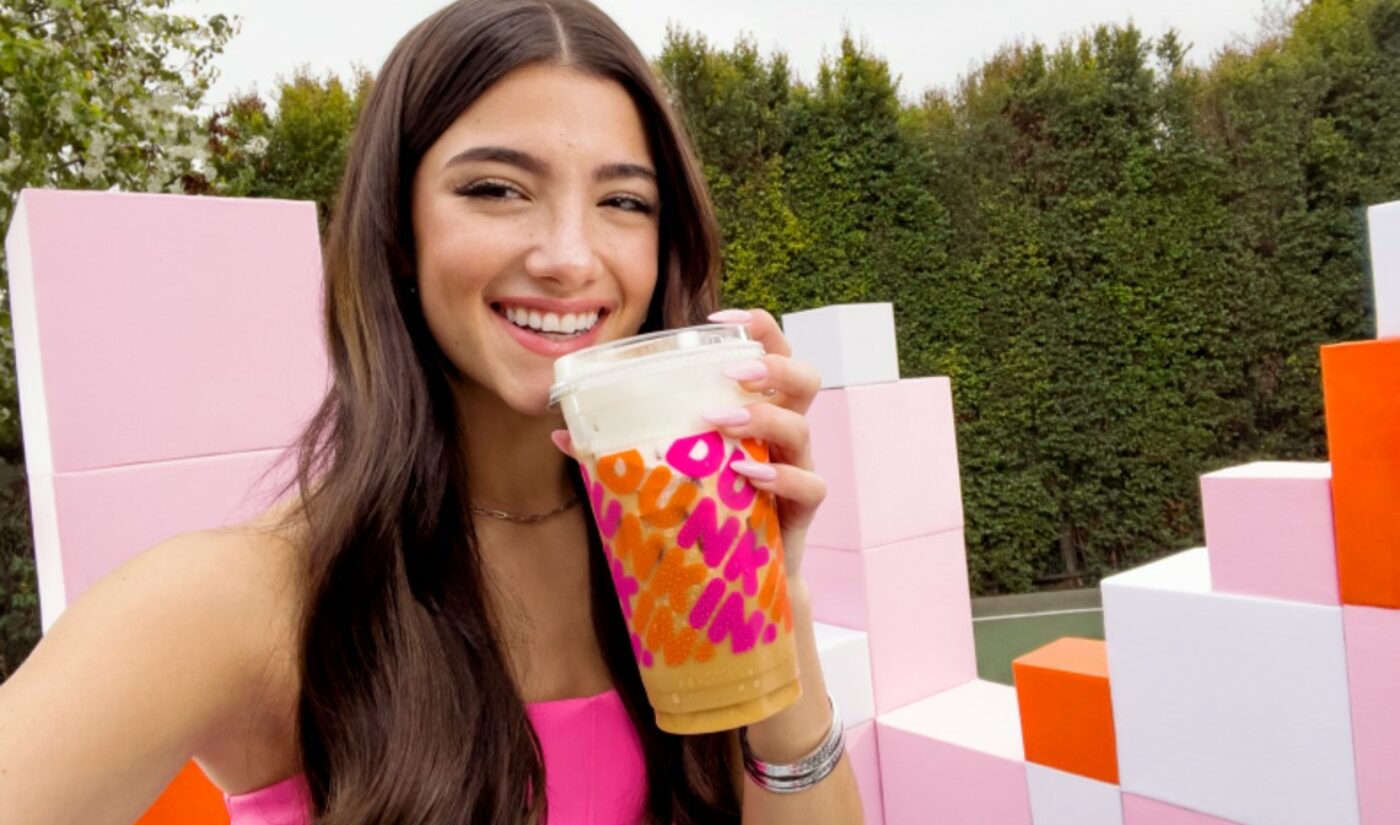 TikTok monolith and noted Dunkin’ Donuts aficionado Charli D’Amelio is building on her partnership with the fast-food chain.

After launching her own signature coffee drink called The Charli in September, which went on to sell hundreds of thousands of cups, the 16-year-old has now unveiled her second signature launch with the chain, Charli Cold Foam. This brew marks something of a remix of D’Amelio’s inaugural order, per Dunkin’: cold brew coffee with three pumps of caramel and foam and cinnamon sugar on top. It drops on Feb. 24.

The second collab also comprises a charitable component, Dunkin’ notes, as well as a sweepstakes for fans. The restaurant will donate fifty cents for the purchase of every Charli Cold Foam sold through Feb. 26 — up to $25,000 — with proceeds benefiting the Dunkin’ Joy In Childhood Foundation. Funds will support the foundation’s Teen Prom Program, which provides grants to children’s hospitals to fund both in-person and virtual proms for high schoolers who are too ill to attend.

Dunkin’ is also hosting a contest on TikTok, whereby fans can enter by describing their own signature coffee orders using the hashtag #DunkinMenuContest. A total of 10 winners will see their drinks added to the menu at their local Dunkin’ Donuts stores, and will also receive a personalized shoutout from D’Amelio herself.

D’Amelio, who counts 108 million TikTok followers, was recently named to the Time magazine’s second annual Time 100 Next, a list of rising leaders in various fields.