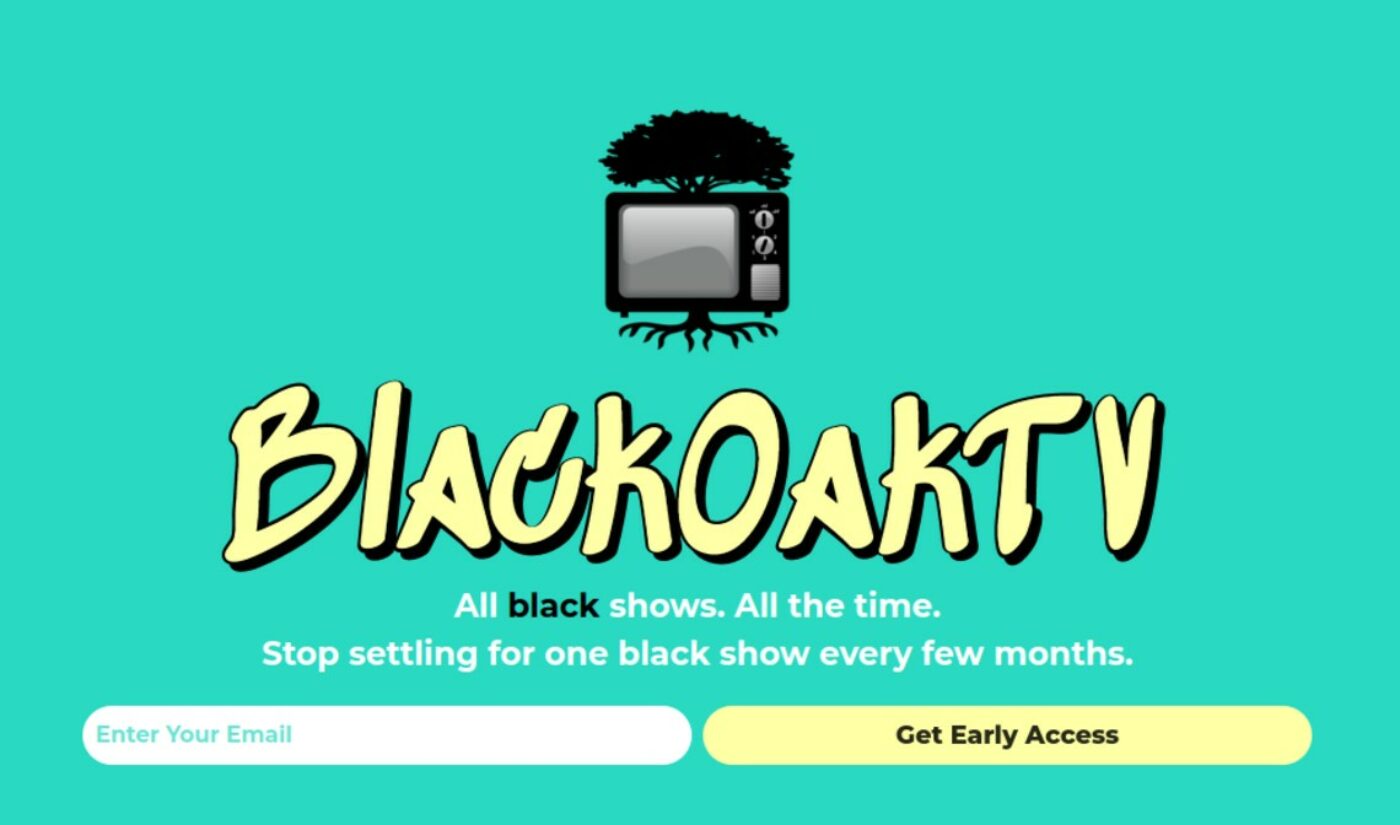 A former YouTube employee named Uzo Ometu is pressing play on his own entrepreneurial vision, launching an indie streaming service that seeks to superserve Black audiences and counteract underrepresentation across the greater media landscape with a slate of original content from buzzworthy Black creatives.

Ometu’s brainchild, BlackOakTV, launches today at the outset of Black History Month with three exclusive series — one from YouTube comedy collective Dormtainment, a five-man group that has amassed 1.1 million subscribers on the strength of their storytimes, skits, and music videos. Additionally, Harlem-based BlackOak is unveiling originals from boutique production company Nuanse Entertainment and the DGA Award-winning director Talibah Newman.

The ‘oak’ in BlackOak serves to evoke the strength of the Black community, Ometu explains, and is also an acronym for ‘ownership, ability, and knowledge’. The nascent venture counts just two employees.

While other services already exist to create programming for Black viewers, Ometu notes that BlackOak will be distinguished by its partnerships with independent Black creators. The service is priced at $5 per month.

Dormtainment, which has previously produced series with YouTube Premium and Kevin Hart’s Laugh Out Loud, will premiere the anthological mockumentary Untold Stories With Unknown People, while Nuanse will debut The Retreat, a suspenseful series set at an artists’ retreat. Finally, Newman will introduce the sitcom First Dates, following a political consultant who is navigating life after an abrupt split from her husband.

Ometu says that 15 additional projects will bow throughout 2021, including short films, movies, and web series.

Ometu founded BlackOak in April after a seven-year tenure at Google and YouTube, where he most recently served on the content partnerships team in San Francisco, and says he “witnessed the company make good but mild progress in improving its relationship with Black viewers and creators.”

Ometu acknowledges that the issue of underrepresentation in media is far greater than YouTube, and he applauds the company’s myriad #YouTubeBlack summits over the years, as well as its $100 million fund committed to amplifying Black voices in the wake of the George Floyd protests.

“But there was always more they, and other platforms, should have been doing,” he says. “I just feel that neither Black viewers nor creators will get what they fully deserve and require from platforms or networks that aren’t explicitly set out to serve Black audiences at the highest levels of their companies.”

So last year, Ometu began raising funds from the likes of Backstage Capital and The W Fund — though most of BlackOakTV’s investors are individual angels. While he declined to state how much the company has raised, as fundraising is still in progress, he says the company has enough to get off the ground and test the waters with its inaugural slate.

Ometu also says that each of the production deals is unique, though it is only licensing shows for a period of time, whereupon creators will retain full ownership of their content. Some partners wanted more money up front, he explains, while others sought equity in the company or a cut of subscription revenues on the back-end.

“No one is retiring off the deals we’re making,” he says. “That said, what we intended to do was to reach out to creators and filmmakers who have been producing content for social platforms and attempt to pay them significantly more per minute of content than what they typically receive from the major platforms.”

Down the line, in addition to its original slate, Ometu says BlackOak will seek to become a content purveyor itself, complete with a culture blog, podcasts, and YouTube channel. These outlets will not only foster conversation about its own programming, but spark dialog about its overarching mission: to address Black underrepresentation in media.

You can check out a trailer video for BlackOakTV, which touts the tagline ‘Still we stream’, above.