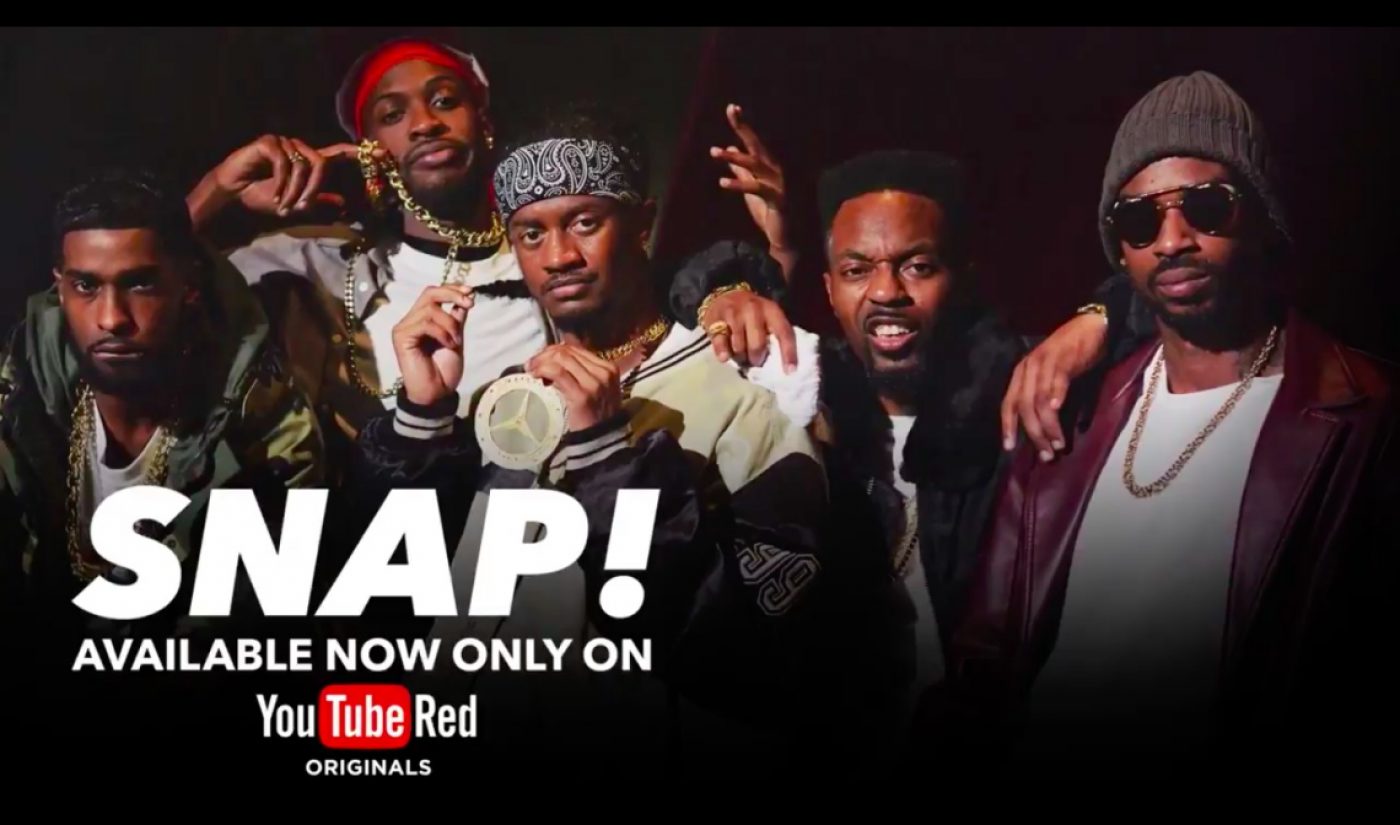 Last week, we shared the trailer for Snap!, a half-hour comedy pilot starring the five funnymen of the Dormtainment YouTube channel. That pilot, which follows a fictional, washed-up hip-hop group as it attempts a return to glory, is now available for anyone with a YouTube Red subscription.

The group in question is Stacks-4-Dayz, which ruled the snap music scene in the mid-2000s but fell from favor as the popularity of that genre declined. After a fight among the group’s members leads Stacks-4-Dayz to viral status on the digital video platform WorldStarHipHop, the outfit attempts a comeback, even if their style is still outdated.

Dormtainment, which counts more than one million subscribers on its channel, made its leap to YouTube Red alongside the digital network All Def Digital, which helped bring Snap! to viewers. If the new pilot is to become a full series, however, its creators will need assistance from their viewers as well.

Check out our new @YouTube red pilot We need y’all support 2 get this 2 series! 1st month free when u sign up. pic.twitter.com/A5qEMbPVdE

If you’d like to check out Snap! and usher it toward a longer run, you’ll need a YouTube Red subscription, which costs $9.99 per month.