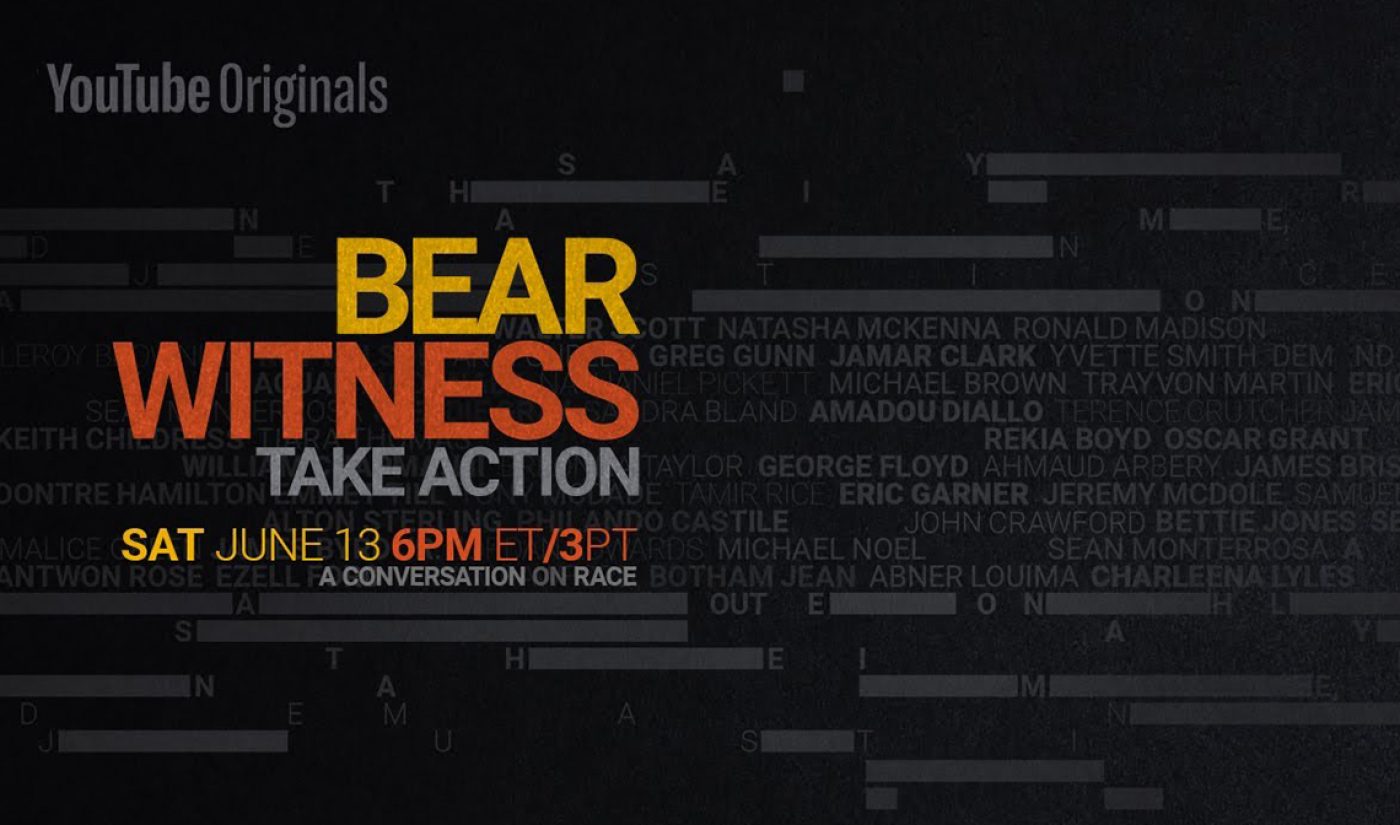 YouTube has created a multiyear, $100 million fund “dedicated to amplifying and developing the voices of Black creators and artists in their stories,” CEO Susan Wojcicki revealed today on the official YouTube blog.

Folks who tune in will be encouraged to donate to the Equal Justice Initiative, a nonprofit that works with policymakers to reform the prison system, provides legal representation to people in need, and creates “new spaces, markers, and memorials that address the legacy of slavery, lynching, and racial segregation.”

Google, YouTube’s parent company, made a $1 million donation to the initiative earlier this month as part of a pledge to give $12 million to organizations working to address systemic racism. The company has donated $3.4 million total to EJI since 2016.

In a statement, Susanne Daniels, YouTube’s head of originals, said, “I support the Black Lives Matter movement and I think it’s imperative that we help amplify Black voices and continue the conversation about meaningful change and racial justice. YouTube has a unique ability to unite creators, artists, and powerful voices within the Black community to encourage the world to stand up and speak out for racial justice.”

Bear Witness, Take Action will stream live from the YouTube Originals channel June 13 at 6 p.m. EST. You can check out a trailer right here:

Wojcicki did not provide any additional details about how YouTube will allocate its $100 million fund or the time period during which it will be dispersed, but did note that YouTube’s own channel will spend this month highlighting “the latest perspectives from the Black community on YouTube alongside historical content, educational videos,” and footage from ongoing protests sparked by the killing of George Floyd.

YouTube’s CEO also said the platform is “taking this moment to examine how our policies and products are working for everyone–but specifically the Black community–and close any gaps.”

Over the past three months, YouTube has removed more than 100,000 videos and 100 million comments for violating its rules against hate and harassment, Wojcicki said. She credited a portion of those removals to YouTube’s revamped hate speech/harassment policies, which debuted last year and explicitly ban content that claims one group of people as superior to another “based on qualities like race, gender, religion, or sexual orientation.”

“But we know there’s more work to do,” Wojcicki added. “Generations of Black Americans have been waiting for justice in the United States, and we know the effect of inequality is felt around the world. I’m committed to listening–to Black employees at YouTube, to Black creators, to Black artists, to leaders in the Black community, and Black users who tune in to YouTube every day.”