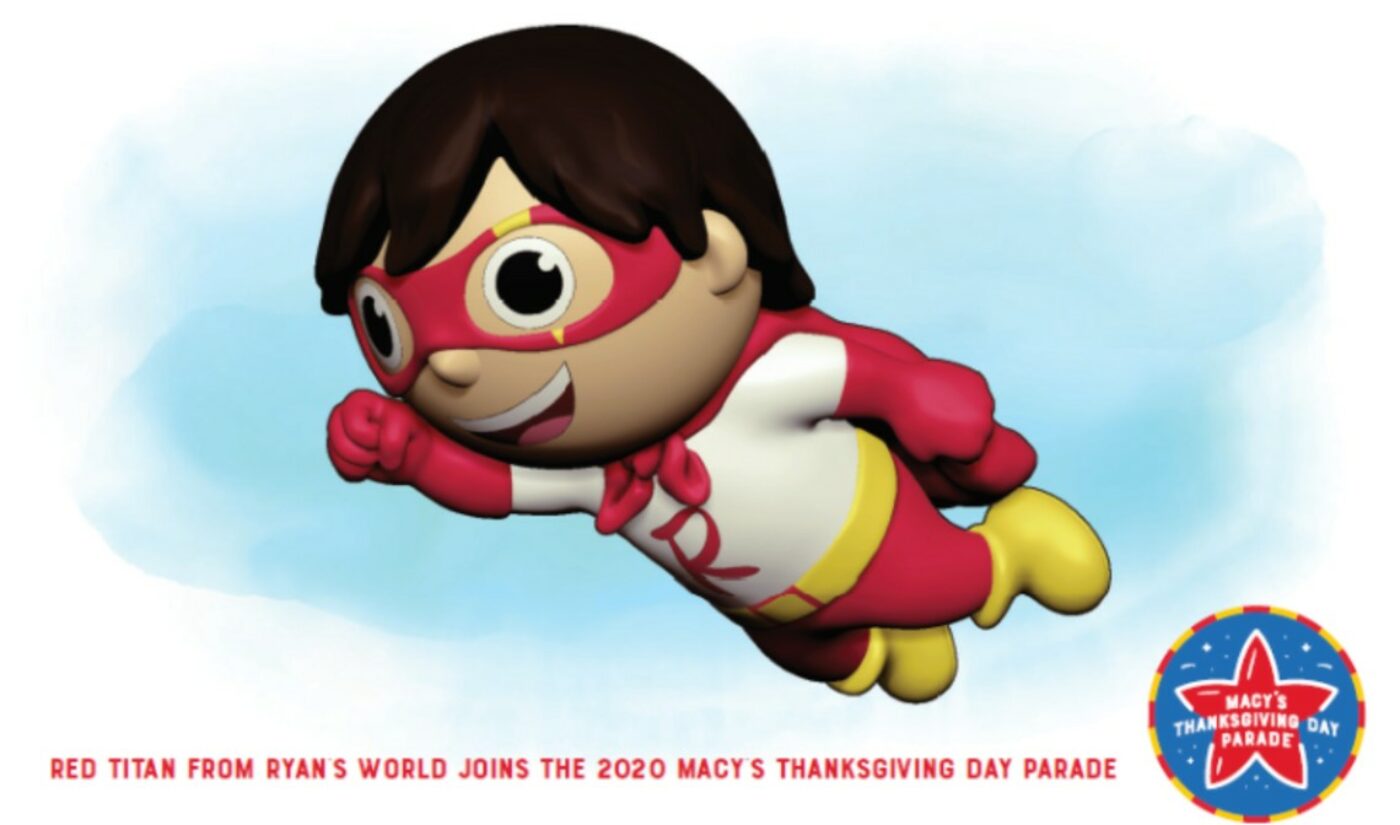 Nine-year-old Ryan Kaji can check off another first from his growing list of unfathomable career accomplishments.

One of the characters from his massively popular Ryan’s World YouTube channel — the Red Titan, which is the name of Ryan’s superhero alter ego (pictured above) — will debut as a giant balloon in the Macy’s Thanksgiving Day Parade, marking the first time that a YouTuber will be featured in the iconic event’s 94-year history.

This year’s event won’t be welcoming any in-person crowds, but will be broadcast nationally on NBC from 9 am to noon in all time zones nationally — with balloons, floats, and performances all being showcased in front of the Macy’s flagship department store on 34th Street in New York City.

Red Titan, along with all the characters that are part of the Ryan’s World franchise, were created by Ryan’s father, Shion, and his production company, Sunlight Entertainment. The float itself — which is 51 feet long, 28 feet wide, and 42 feet tall — was designed by Macy’s Parade Studio artists.

“We’re thrilled to make history with the Macy’s Thanksgiving Day Parade, bringing the most popular kid in the world together with one of the most anticipated holiday events of the year,” Kerry Tucker, the CMO of Kaji’s studio partner, Pocket.watch, said in a statement. “Pocket.watch has created a lot of ‘firsts’ for YouTube creators, but this one feels larger than life.”

“The giant balloons in the Macy’s Parade have always featured the most recognized characters in the world,” added parade producer Jordan Dabby. “With the reach of Ryan’s World on YouTube, we are sure that millions of viewers will be delighted to see Red Titan fly this Thanksgiving.”

Kaji shared the news with his 27 million subscribers — and 700 million monthly viewers in a behind-the-scenes video on his channel — which you can check out right here: