Creators Are Starting To Make A Lot Of Money On Facebook 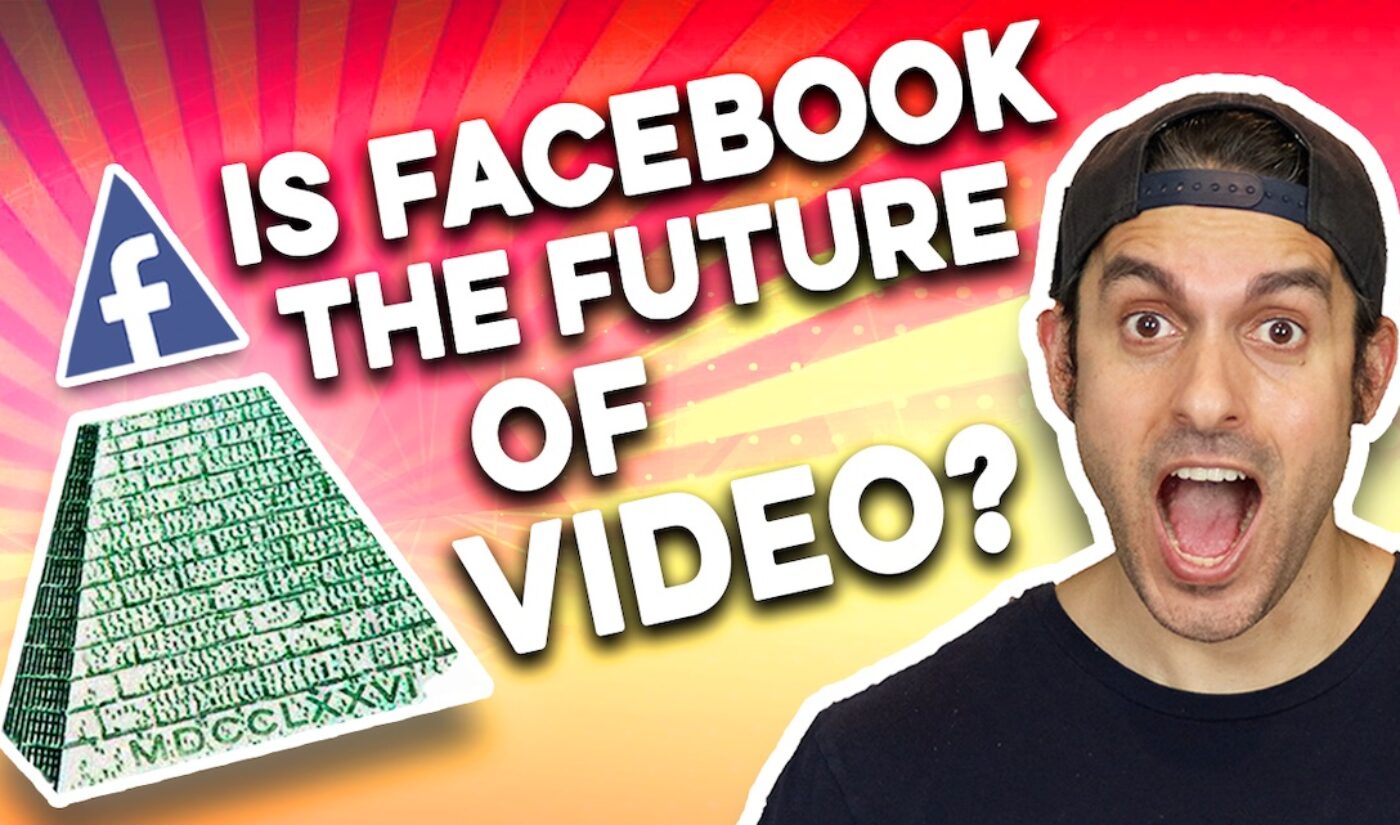 In this week’s episode of Creator News, Tubefilter’s weekly investigative series covering issues affecting the entire creator community, we take a look at Facebook’s disastrous “shift to video” and subsequent efforts to become more creator-friendly—plus hear from creators about exactly how profitable their Facebook content is.

That year, Facebook used a staggering figure—one billion views per day—to sell big media studios, news outlets, individual content creators, and everyone in between on the idea of a “shift to video.” One billion views proved that if content producers just took the leap and began making videos on Facebook, there would be a hungry audience waiting for them, ready to generate millions of dollars in ad revenue…right?

Not so much. Companies like Mashable, CollegeHumor, and BuzzFeed bought the sell; they pivoted and poured resources into video content made specifically for Facebook. To be fair, some did see the impressive view counts Facebook had touted. Almost no one, however, saw the return-on-investment deluge of ad dollars they expected.

Years later, Facebook would admit that in 2015 and 2016, it dramatically inflated video view counts. It would also pay $40 million to settle a class-action lawsuit that alleged counts were inflated by as much as 900%. But the damage had been done, so when it comes to earning creators’ trust, Facebook still has a long way to go. The social network appears to know that, because in 2018, it began rolling out creator monetization tools similar to those already working on YouTube. Around the same time, it recruited established creators like Jay Shetty (3.69 million subscribers on YouTube) to make content for it, and began offering bona fide salaries to full-time streamers on Facebook Gaming.

For some creators, these changes have made Facebook profitable enough that it’s become their main platform. Adam W., a sketch comedian, made more than $1 million last year with videos generating tens of millions of views. Standup comedian Daphnique Springs draws at least one million views per day. And Kyle Kuhns, founder and CEO of social marketing company XX Artists, says creators his company represents earn five- and six-figure income thanks to CPMs that are competitive with YouTube’s.

Not everyone has had a rosy experience, though. Evan Gregory, who runs the YouTube channel Schmoyoho (3.35 million) with his three siblings, says even viral Facebook videos don’t pull in the dough. One of their biggest hits, a musical spoof on Donald Trump’s Space Force announcement, drew 30 million views, but no sizeable financial return.

“This is evidence that our content is great, we’re connecting with people, people resonate with this stuff, they love it, and Facebook is not providing the mechanism in any way for us to benefit from it or providing an incentive for us to continue creating for the platform,” he says.

To hear more from these creators, catch the latest episode of Creator News right here on YouTube and in the embed above.

And, as always, Creator News is made possible by and produced in partnership with Patreon–the platform that helps you generate recurring income from your creative work by offering exclusive content and community to your fans. They’ve been amazing partners and we couldn’t do this without them. Go to Patreon.com/CreatorNews to learn more and launch your own Patreon today.