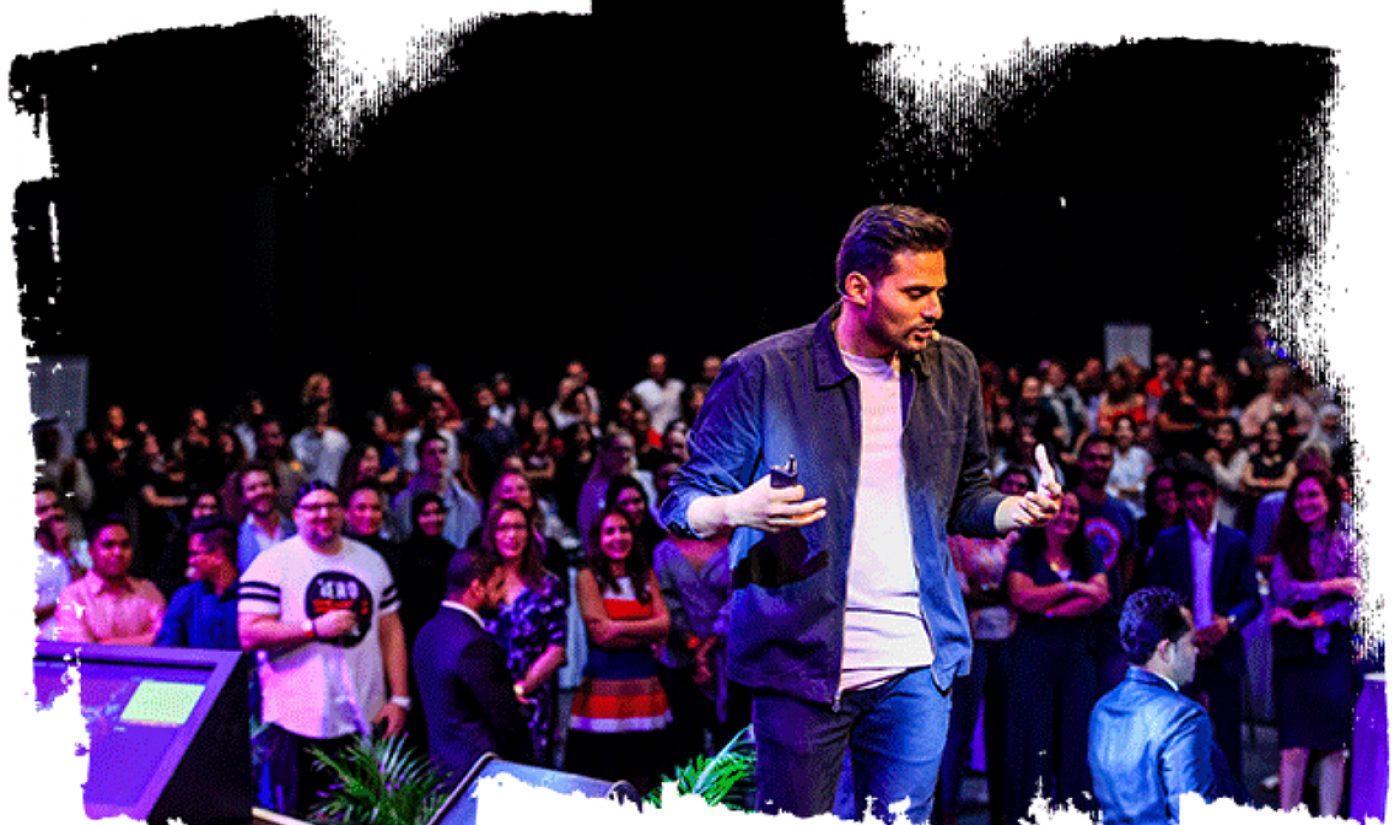 At Viacom‘s inagural VidCon London, Facebook isn’t looking to poach YouTube creators — but it does want them to know there’s good money to be earned from ads on Facebook Watch. Creator Jay Shetty is proof of that: he’s earned $1 million in Facebook ad revenue in the past 12 months.

Shetty left the U.S. at 18 to live for three years as a monk in India. When he returned Stateside, he wanted to spread the knowledge he’d gleaned about wellness and self-improvement. He started a YouTube channel and a Facebook Page, and hosted speaking engagements that landed him on Forbes‘ 30 Under 30 and got him invited to keynote at companies like Google, Microsoft, and Facebook.

Nowadays, Shetty’s Facebook videos have netted him over 20 million followers and more than 4 billion views. On YouTube, he has 1.8 million subscribers, and 59 million views — and he recently won the Streamy Award for top health and wellness creator, as well as hosted the 2018 Streamys Purpose Awards to celebrate fellow YouTube creators doing good.

His partnership with Facebook goes beyond working with the company as a creator. At VidCon London, he’ll join Facebook exec Patrick Walker (Facebook’s director of media partnerships for Europe, the Middle East, and Africa) as a sort of ambassador. Together, they’ll give a keynote about what Facebook can offer creators, with Shetty’s 12-month, $1 million earnings as a success story.

“Facebook is going through a growth phase,” Shetty told Variety. “They’re recognizing the importance of creators and helping them grow.” He added that his speaking and life-coaching businesses “have been possible because of Facebook and its scale.”

To be eligible to earn revenue through Facebook’s Ad Breaks like Shetty, creators must have an official Facebook Page with at least 10,000 followers. They must also, in the past 60 days, have had a minimum of 30,000 one-minute views on videos at least three minutes long.

Shetty’s keynote is part of the company’s big push to draw more creators to Facebook Watch. In addition to his and Walker’s keynote, Facebook has a number of other events lined up at and around VidCon London, which runs this week, Feb. 14-17.

Those events aren’t limited to Facebook’s core platform, either. Ashley Yuki, product lead at Facebook-owned Instagram and IGTV, will reveal those sites’ plans for 2019. Facebook is also hosting Facebook and Instagram Creator Lounges — collaborative spaces designed for creators to get together, meet, and swap ideas. And Facebook is offering a number of workshops about its apps and products, including its VR arm, Oculus.

As for events outside VidCon, Facebook is hosting 72 Facebook Watch creators — including Shetty — for an invite-only Creator Day in Oxfordshire on Feb. 11. Facebook launched its Creator Day program last year with an inaugural event to spotlight 120 creators and announce new products. At this week’s event, it’ll offer workshops, interactive talks, and speeches from creators around the world.