Can You Avoid Creator Burnout By Working The YouTube Algorithm? Is More Actually Less? We Take A Look. 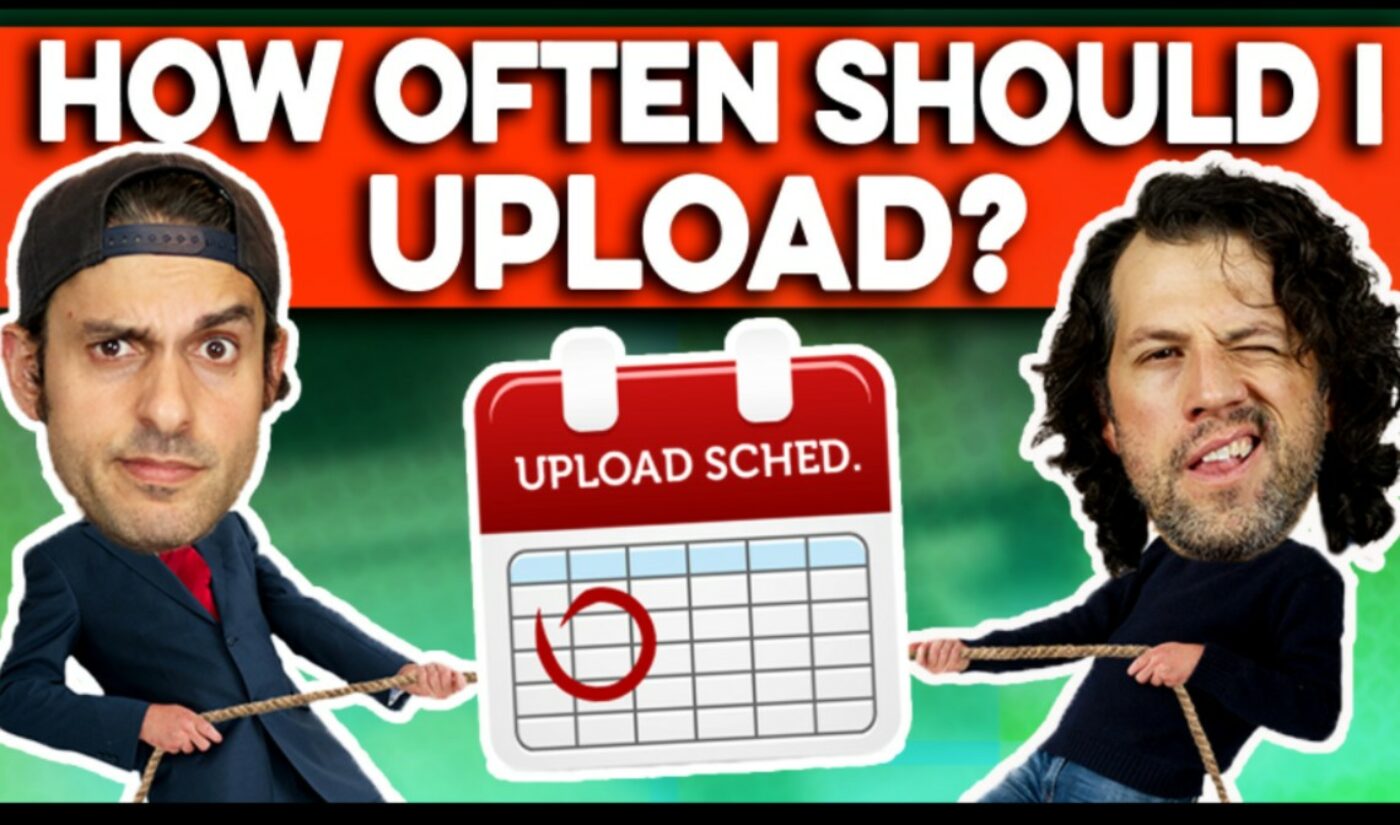 On the latest episode of Creator News, Tubefilter’s new investigative news series, we’re tackling questions faced by creators since time immemorial — and ones that hit particularly close to home as we launch our own new venture. How often should you be uploading YouTube videos? What’s the perfect consistency that will spur growth while not resulting in utter burnout? And what’s the role that the YouTube algorithm plays in all of this?

In the early days of YouTube, an ideal posting schedule involved daily uploads — a concept pioneered by the likes of iJustine and Shay Carl, and later subsumed to great success by the Paul brothers. The thinking at the time was that max uploads equals max views, which equals max revenues.

However, over time, a burnout phenomenon emerged, with countless creators — from Connor Franta to Alisha Marie to Elle Mills —  openly discussing the hardships associated with the incessant YouTube grind. YouTube has responded to the now-common phenomenon, too. In 2018, the platform enlisted subject-matter individuals like Kati Morton, a licensed therapist and vlogger, to create a four-part course about how creators can stay mentally afloat.

Though it may seem premature, as we entered our third episode of Creator News, we were starting to feel a little burnout, too. So we talked to Morton about what it all means and what we should be doing. “Burnout,” she says, “is when the reward we get for what we do isn’t at least commensurate with the effort that we put in.” She also explained that there’s no real basis for the “more is more” upload mentality in terms of YouTube success. The YouTube algorithm prioritizes click-through rates and watch time above all else, she notes, meaning creators can take solace in a hiatus so long as their videos are still appealing to both metrics upon returning.

However, Matt Gielen, the co-founder and CEO of digital strategy firm Little Monster Media — and a leading scholar of the YouTube algorithm — firmly disagrees. In advising the likes of Netflix and Good Mythical Morning, Gielen told us he urges creators not to post any less frequently than once a week. Then, as views become more sustainable, Gielen suggests scaling up to three uploads per week  — with 48-hour breaks inbetween each video — and then, whenever possible, to daily uploads.

Gielen also shared that the YouTube algorithm rewards audience consistency above upload cadence. Let’s say you upload one video per week and 50% of your subscribers watch it. That’s actually going to be better for you, algorithmically speaking, than if you uploaded four videos and 30% of your subscribers watched each one — even though the latter scenario gets more overall views.

But that doesn’t mean you can be lackadaisical about a schedule. “The internet is always on, and people are always watching,” Geilen notes, arguing that inconsistency can be highly detrimental to growth. “So go take a two-week vacation, but do two videos in advance.” When we asked him about what we should do about burnout, however, his response was a little more exclamative. “It’s a f-cking job,” he said. “Oh, you’re tired of it? Oh, you don’t have any ideas? Get to the back of the f-cking line, because there’s 50 million other motherf-ckers that are gonna entertain your audience waiting.”

To hear more from Morton and Gielen about their philosophies on upload frequency — as well as from rare creators like Wong Fu Productions, who have successfully managed to step off of the YouTube hamster wheel — check out the latest episode of Creator News (which you can also watch in the embed above).

Creator News is also produced in partnership with Patreon — the platform that helps you generate recurring income from your creative work by offering exclusive content and community to your fans. We couldn’t be doing this without them. Go to Patreon.com/CreatorNews to learn more and launch your own Patreon today.