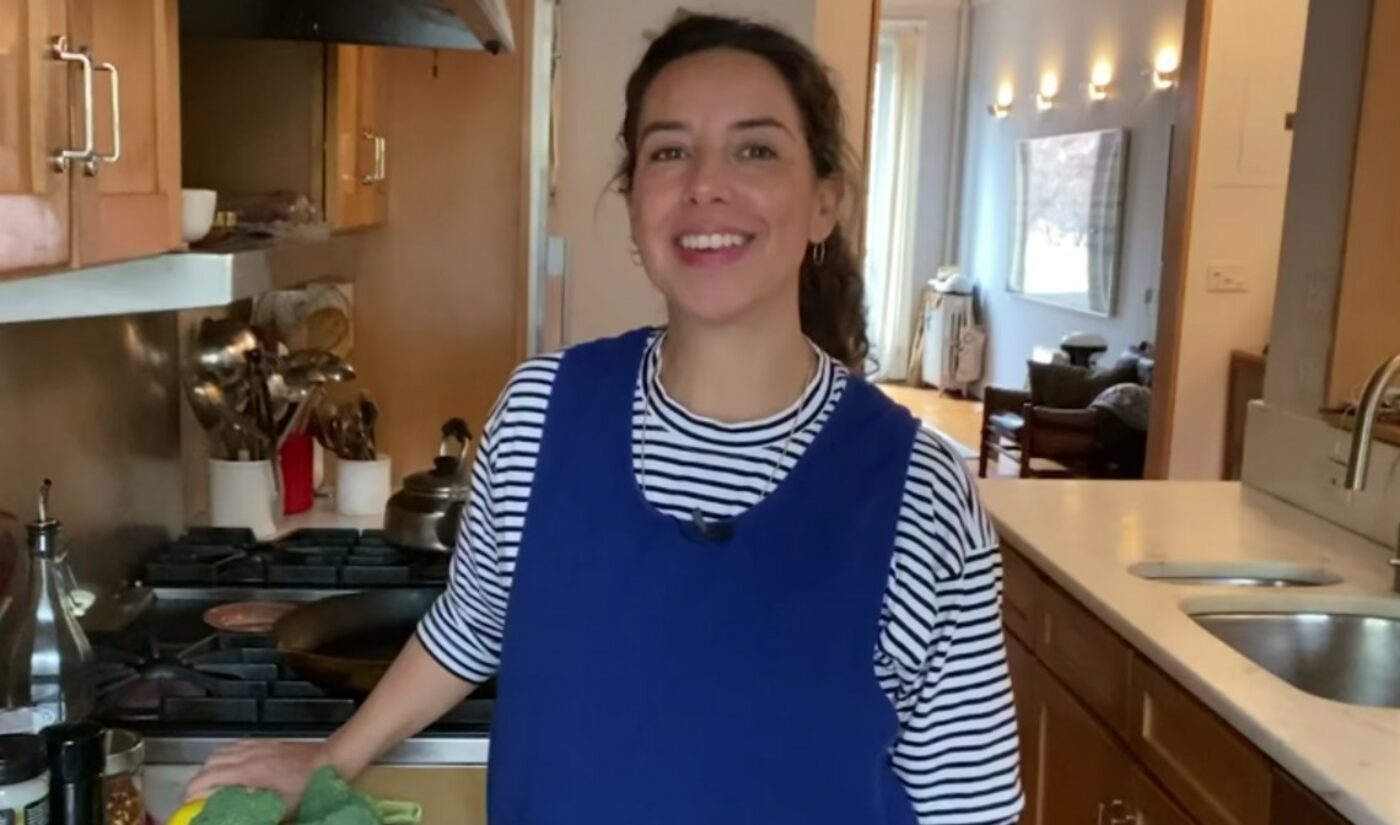 Carla Lalli Music, Bon Appétit’s food editor at large as well as a frequent YouTube contributor, announced her resignation from video responsibilities on Twitter today (below). Lalli Music was formerly the host of a series called Back To Back Chef, in which she attempted to teach celebrity guests how to cook dishes using verbal instructions only.

In her statement, Lalli Music praised colleague Sohla El-Waylly for speaking up about the racist compensation practices at Bon Appétit in June. “It was a system that overwhelmingly favored white talent,” Lalli Music explained, noting that, in 2019, she signed a one-year contract with video arm Condé Nast Entertainment (CNE) for 48 days of work worth $48,000. “It certainly benefited me.”

While Lalli Music announced in June that she would cease making videos until all members of the channel were being fairly compensated, she is now departing following failed negotiations — and in the wake of similar resignations from El-Waylly, Rick Martinez, Priya Krishna, Gaby Melian, and Molly Baz. Despite departing its video efforts, all of the staffers will remain at Bon Appétit in other capacities, and Lalli Music says she hopes to remain the title’s food editor-at-large.

I am leaving Bon Appétit video. I will miss doing something I loved with people I still love. Sharing is caring—see below. 💟 pic.twitter.com/lZRspAMB0q

Lalli Music, who has been at Bon Appétit since 2011, explains that as the YouTube channel exploded, CNE “relied on algorithms instead of instinct when determining who could appear in videos,” adding that BIPOC (Black, Indigenous, and People Of Color) colleagues were consequently sidelined. “I felt the expertise and interests of the hosts was less important to the decision-makers than platform-specific trends…and I did not do nearly enough to check my privilege or help elevate the people around me.” Despite weeks of negotiation, CNE has not articulated specific and measurable diversity goals, Lalli Music says.

In a memo to Bon Appétit staffers, Condé Nast’s chief people officer, Stan Duncan, said that while the video compensation system had been confusing and inconsistent, an independent investigation ultimately concluded that staffers were being compensated fairly and that there was no evidence to suggest that race played a factor in compensation. The title plans to resume video production in September with some returning talent, in addition to new contributors that will be announced in coming weeks.

“I am buoyed and inspired by my comrades,” Lalli Music concluded. “The risks they took made this happen, and as much as it hurts, this change is necessary and good. The employees run the show. The power is with the people.”