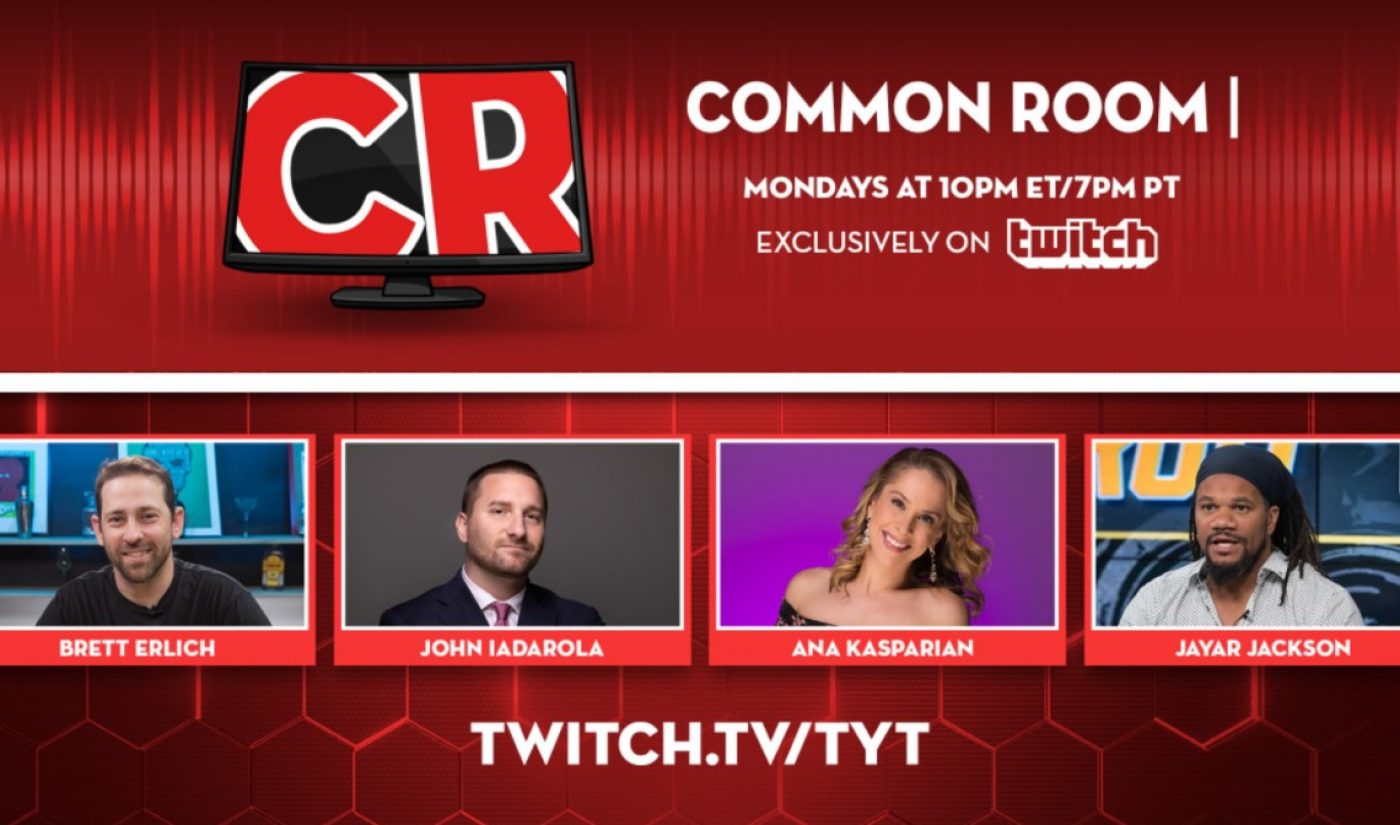 The Young Turks (TYT) is unveiling tonight the latest original set to air on its just-launched Twitch channel.

The progressive digital news network is premiering Common Room — a non-political interview series that will live exclusively on Twitch. Common Room will feature TYT hosts and friends having a conversation over drinks in what TYT is billing as a digital campfire of sorts. Each episode will break down the week’s top news stories in realms like movies, music, gaming, and relationships.

Rotating hosts will include TYT staples like Ana Kasparian, Jayar Jackson, John Iadarola, Brett Erlich, and Rick Strom. New episodes will arrive on Twitch on Mondays at 10 pm ET. Eventually, TYT plans to offer 12 hours of exclusive content on Twitch every month. Common Room joins another Twitch-exclusive, Between Me And Uygur, in which TYT co-founder Cenk Uygur and a guest will discuss life in quarantine.

“People won’t always see eye to eye,” the company said of Common Room, “but the discussions will demonstrate how people can express differing opinions without anyone getting canceled.”

Other non-exclusive TYT Twitch programming will include the company’s eponymous news broadcast with Uygur and Kasparian, Iadarola’s The Damage Report, Staying Home With Josh Fox, The Conversation, Old School, and Happy Half Hour. (These shows stream on Twitch simultaneously as they are being broadcast on other platforms).

Since the launch of its channel last month, TYT has amassed 4,500 Twitch followers.