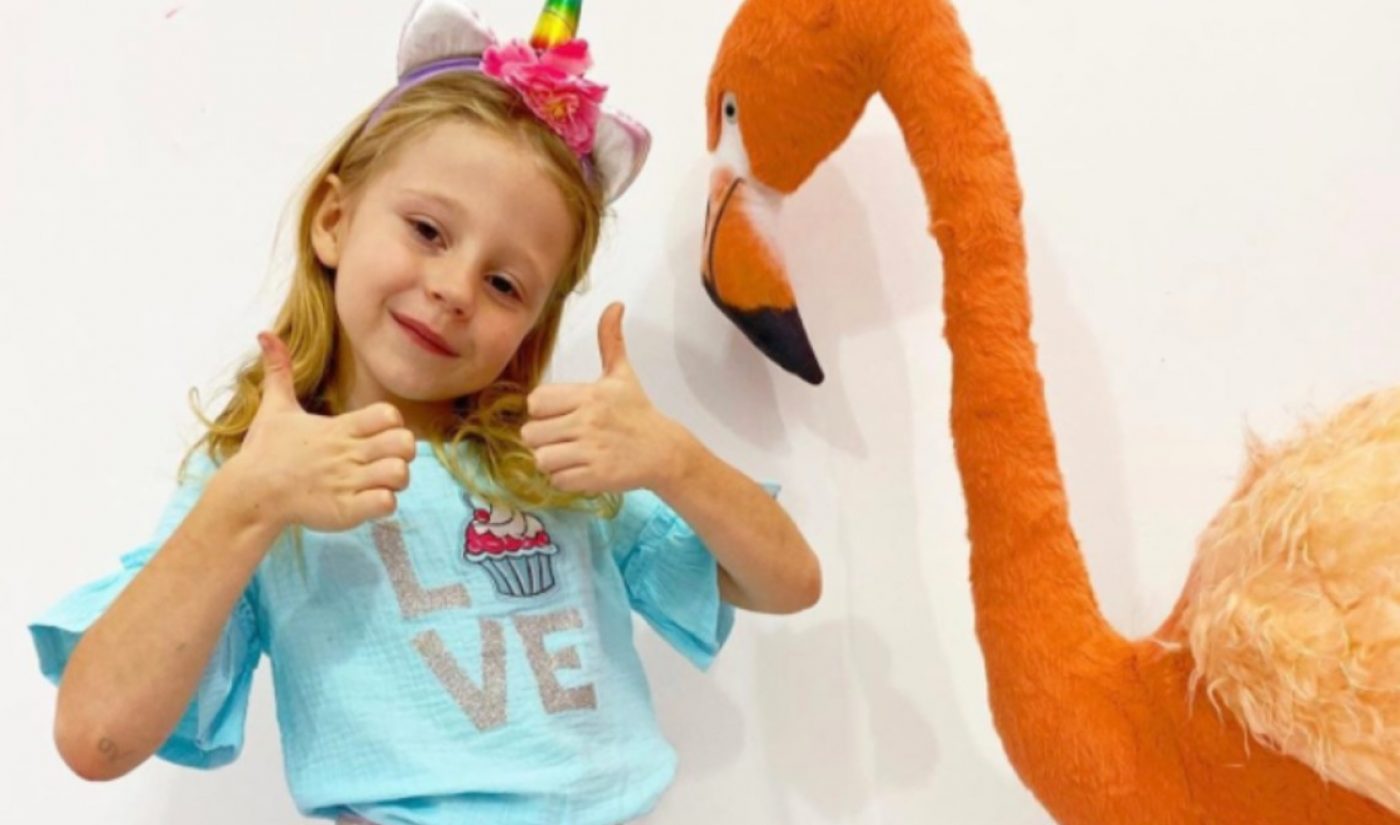 Radzinskaya, known by her YouTube channel name Like Nastya, has pacted with IMG on a global licensing agreement. As her first exclusive global licensing rep, IMG will work with the Radzinskaya family — which includes Nastya’s mother and father — on toys, apparel, accessories, homeware, food, beverage, and more.

Like Nastya is signed to the multi-channel network Yoola and repped by WME. (WME and IMG are both owned by Endeavor).

Radzinskaya was born in Krasnodar, Russia in 2014, and her parents began filming her in the wake of a since-proven-to-be-incorrect cerebral palsy diagnosis, in order to document her progress for friends and family. The family has since reolcated to Florida. Today, Radzinskaya counts upwards of 120 million subscribers across a family of 10 YouTube channels — most of which feature the same concepts localized into different languages. Radzinskaya herself is studying four languages — Russian, English, Spanish, and Mandarin — in a bid to build a truly international empire.

“Like Nastya has become a worldwide phenomenon with fan bases in the U.S., Germany, Brazil, Russia, and India, just to name a few,” IMG’s VP of licensing, Gary Krakower, said in a statement. “Our focus will be on products that highlight and embody the spirit of her educational, playful, and colorful YouTube content, which we hope will inspire children to embrace their curiosity and explore the world around them. We can’t wait to bring the Like Nastya brand to her millions of fans in engaging new ways.”