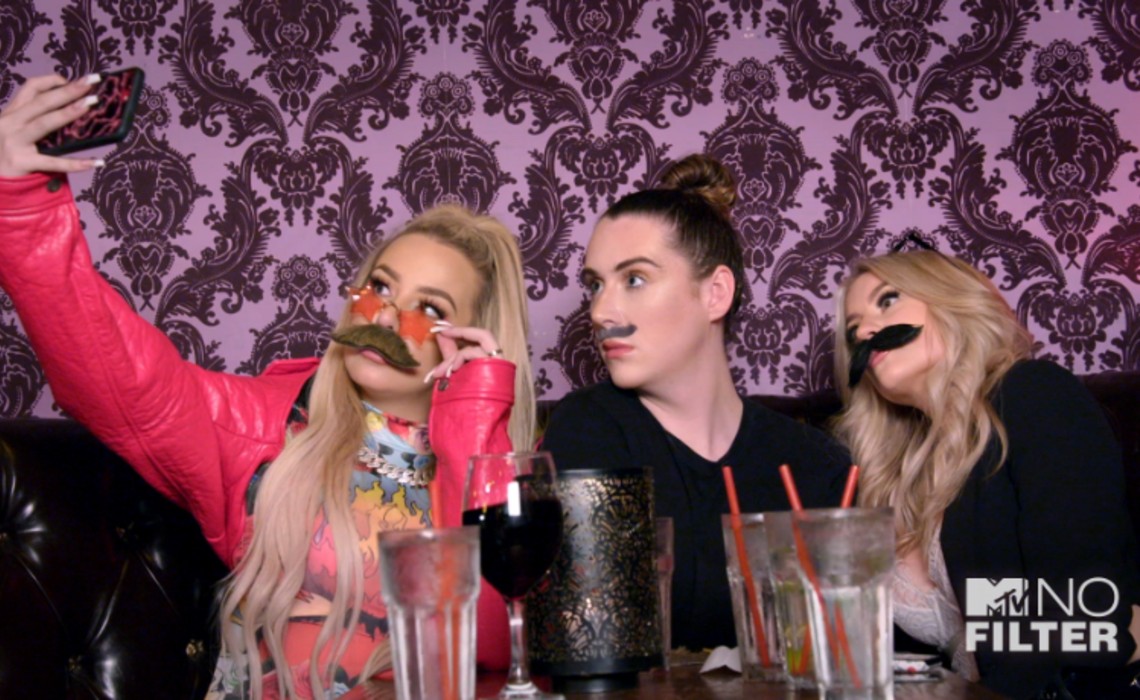 It’s been something of a tumultuous time for the attention-commanding YouTube star Tana Mongeau, who split from her similarly-polarizing ‘husband’ Jake Paul in January, and then later in the month launched her inaugural fragrance, Tana By Tana, with the initial run selling out in a little over an hour.

Now, Mongeau has returned with one of her most successful — and reputation-solidifying projects — to date: the second season of her MTV reality series, which falls under the network’s No Filter programming franchise.

Season two premiered on Monday at 4 pm ET on MTV’s YouTube channel (6.5 million subscribers) — with new episodes dropping each Monday. This season will follow Mongeau and her motley crew of friends — including Ashly Schwan, Imari Stuart, manager Jordan Worona, and newly-added cast member Trevor Moran. Moran is a fellow YouTube star in his own right as well as an aspiring musician, having risen to fame as a member of the YouTube collab channel O2L. Season two of the series will cover changing friendship dynamics, strained family relationships, Mongeau’s marriage to Paul, and new music and business ventures by both Mongeau and Worona.

The first season of Mongeau’s reality series clocked 29 million views on YouTube across seven episodes. It also spawned a Christmas special titled Here Comes Tana Claus, a linear show on MTV co-starring Paul called Bustedness (which may or may not still be a go), and another No Filter reality series from MTV featuring Hawaii-based beauty mogul Bretman Rock.

You can check out the season premiere of MTV No Filter: Tana Mongeau, which has clocked 603,000 views since going live on Monday, below: