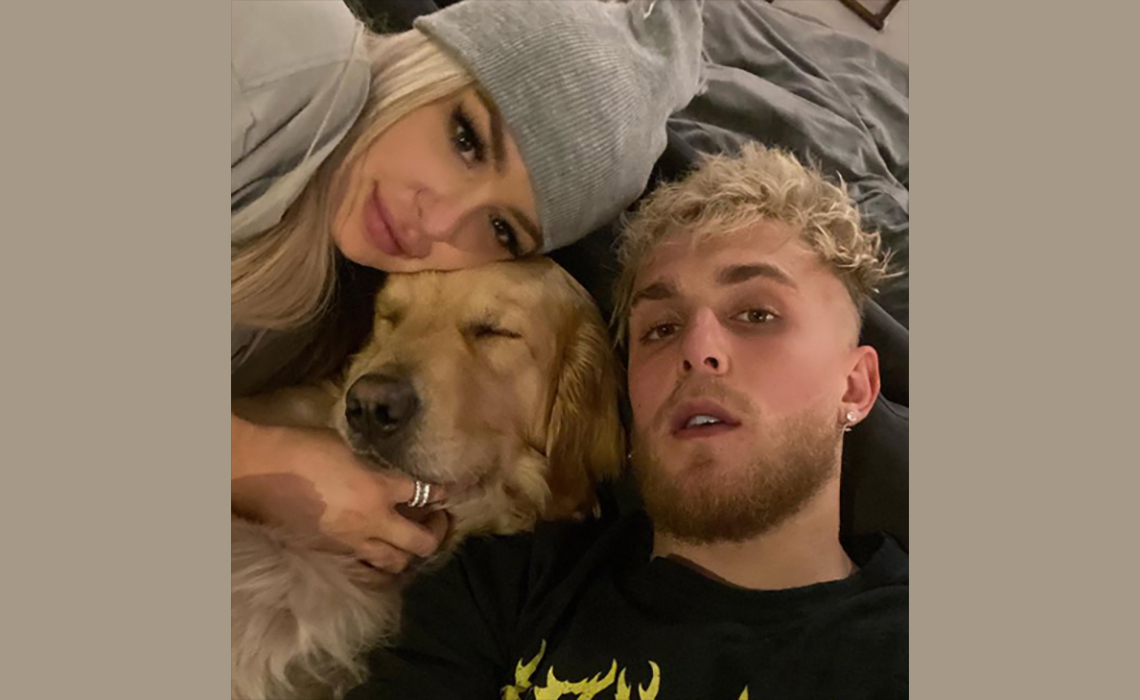 Five months after 64,000 people reportedly paid $50 to watch a short live stream of Tana Mongeau and Jake Paul “getting married,” the YouTube couple is taking a break. (“Getting married” is in quotes because there’s no record of the couple filing for a marriage license.)

“As Tana and I sit next to each other writing captions about taking a break we’re literally laughing at how crazy and stupid the past couple months have been and cracking jokes at how silly this all seems,” Paul wrote in an Instagram post with a photo of himself, Mongeau, and their golden retriever, Thor. Paul added that some custody decisions have already been made: he’s keeping Thor, and Mongeau is “unfortunately” keeping his Lamborghini.

Mongeau posted the same photo simultaneously, writing, “I’m happy to still be able to sit with Jake and laugh as we do this—but for right now we both are taking a break to focus on our own very crazy lives…I’ll never know what the future holds and I will always love Jake and everything we did.”

as Tana and I sit next to each other writing captions about taking a break we’re literally laughing at how crazy and stupid the past couple months have been and cracking jokes at how silly this all seems. i’m keeping custody of Thor but Tana unfortunately gets my Lamborghini😅 I wouldn’t change anything that happened.. we’re best friends and right now it’s best for us to focus on our lives & see what the future holds. (p.s our friends started playing sad music while we were writing these captions and we all started laughing our asses off.. this is bitter sweet but it’s what’s best for us right now) the last thing we wanna see is fan pages speculating “what happened” we truly just need a second to focus on our own lives and ourselves. luv u mongeau <3

In case you’re not up to speed on the saga Mongeau has described as “holy cloutrimony,” Mongeau and Paul (who’d both just broken up with their respective significant others) publicly revealed their relationship in April 2018. They announced their engagement in June, and “married” in Las Vegas at the end of July, livestreaming the 10-minute, fistfight-capped ceremony on little-known platform Halogen. Since then, they’ve frequently been present in one another’s social media posts, and Paul was a fixture on Mongeau’s MTV debut, Tana Turns 21. (More on that later.)

The pair’s announcement comes a few days after Mongeau uploaded a 40-minute, unusually-melancholy vlog to her YouTube channel (below). In it, she said her and Paul’s “wedding sh-t started as a joke,” but as it went on, she began “mentally preparing” for an actual, long-term commitment.

“I’m so unhappy with the way my relationship with Jake looks in the public eye,” she said. “Everyone thought it was for clout, and fame, and I think that made it so much worse for me mentally, because if anything, I would be so much smarter if it was. And that’s why it was fun and funny to make the clout jokes, and make Jake laugh, and make Jake probably think I cared about clout. But it, like, was just a lot more than that.”

Mongeau concluded that she wanted to be “more transparent” with Paul about her feelings.

After  fans have taken to social media to question how the pair’s break will affect their ongoing projects with MTV. As we mentioned, there’s Mongeau’s Tana Turns 21, which debuted on MTV’s YouTube channel, has to date collected around 30 million views across seven episodes, and has been renewed for a second season. Paul featured heavily in the series’ first season, and it’s likely their split will feature in its second season. But whether or not he appears in season two isn’t crucial to the series’ existence; Tana Turns 21 is ultimately about Mongeau, and with or without Paul, it will go on.

What may be in more danger is MTV’s Paul/Mongeau project, Bustedness. We say “may” because we’re not sure how the break will affect it, and because we’re not sure it’s actually a thing that’s happening. Mongeau announced in mid-December, via Instagram post, that she and Paul would star in a “bootleg” of MTV’s long-running viral video commentary series Ridiculousness, and said that unlike Tana Turns 21, Bustedness would air on TV. Paul also Instagrammed the news, posting an image of him and Mongeau on a branded Bustedness stage.

However, there appears to have been no official statement about the series from MTV, and both Paul and Mongeau’s posts were quickly deleted. On Dec. 16, Keemstar (of DramaAlert) reported that Bustedness was cancelled, citing an anonymous source who claimed MTV executives didn’t want to work with Mongeau.

Mike Majlak, who cohosts podcast Impaulsive with Jake’s brother Logan Paul, responded to Keemstar’s report, saying, “they were pilot episodes how could the show be cancelled there was no contract yet.”

Tubefilter has reached out to MTV to ask about Bustedness’ development and whether it’s still slated for production.