Streamer DAZN Saw A 98% Jump In Viewership Last Year, With Logan Paul vs. KSI 2 Among Its Top Offerings 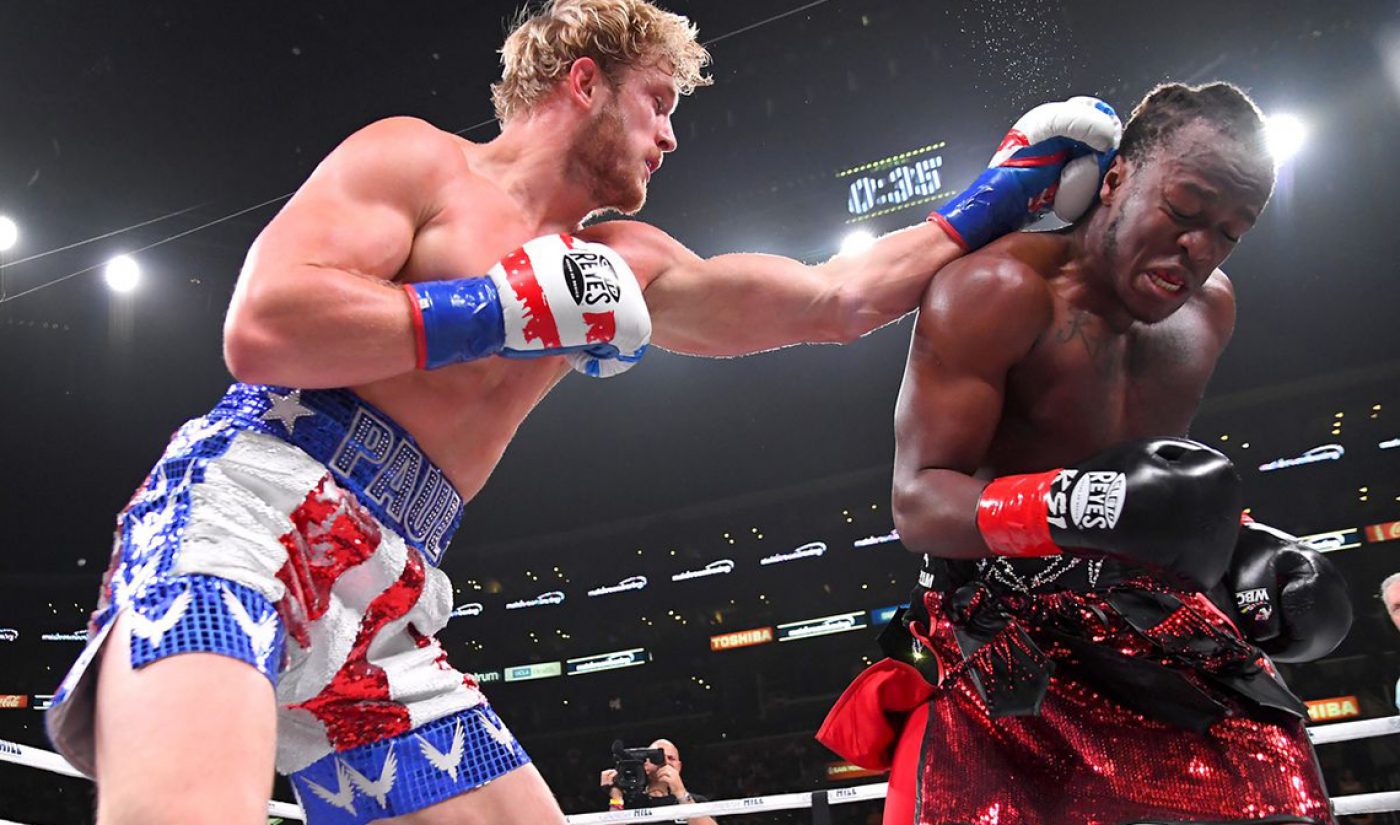 In its 2019 lookback, DAZN said viewers watched 507 million hours of content this year, compared to last year’s 256 million, Business Insider reports. (DAZN launched in 2016.) 62% of those hours came from soccer content, and 4.5% came from boxing content, including the YouTubers’ much-hyped, surprisingly legit rematch.

DAZN didn’t reveal exact view counts for individual events, but it did claim 107 of the events it offered throughout the year brought in at least one million unique viewers each. Considering LP vs. KSI 2 landed at No. 5 on the service’s top 10 most-watched events of 2019, we can probably assume it’s one of the 107. However it performed in terms of view count, KSI vs. LP 2 impressed DAZN enough for the service to book a second Paul event–this one starring Logan’s younger brother Jake, who will duke it out with fellow YouTuber AnEsonGib Jan. 30.

As for the rest of DAZN’s top 10, there was a nearly even split between boxing and soccer matches—not a surprise, as DAZN’s biggest exclusive streaming partnerships are with UEFA Champions League soccer and combat sports orgs Bellator MMA, Matchroom Boxing, and Golden Boy Promotions, per BI. Six of the top events were soccer, four were boxing, and boxing ultimately came out on top: DAZN’s No. 1 event was the heavyweight world title rematch between Andy Ruiz and Anthony Joshua.