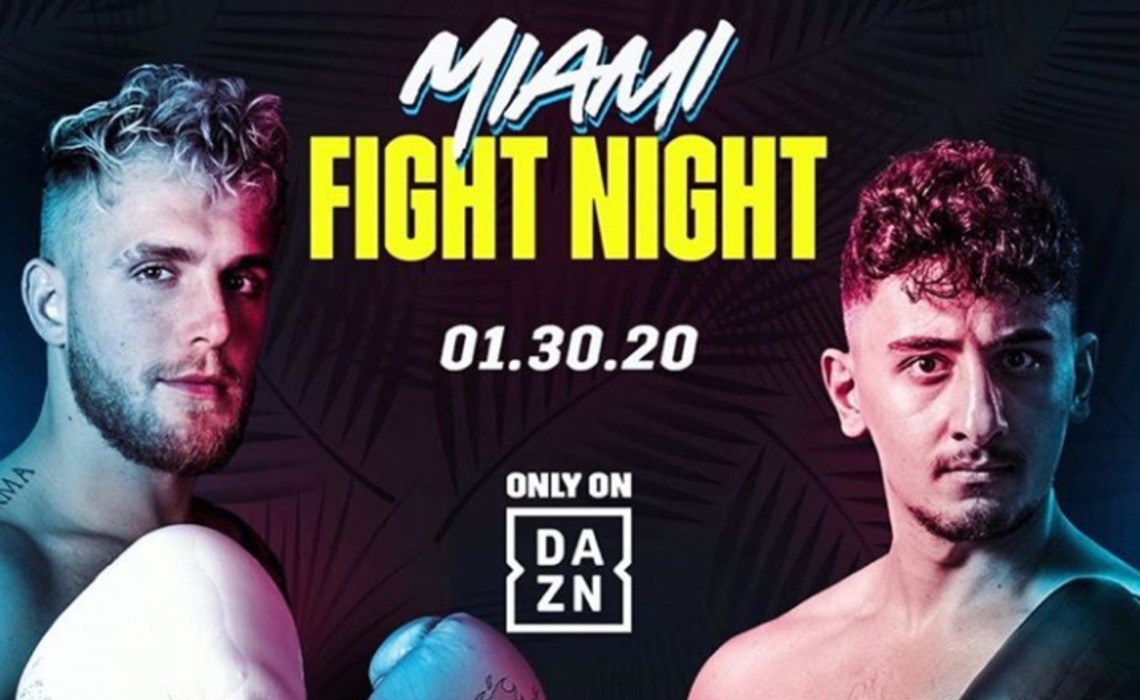 Jake Paul is kicking off the New Year with a bang, announcing his second boxing match against lesser-known gaming creator AnEsonGib — whose first name is Ali, and who goes by Gib. (AnEsonGib spells ‘big nose’ backwards).

Paul and Gib will face off on Jan. 30 in Miami during Super Bowl weekend, serving as the co-main event alongside a match-up between pro boxers Demetrius Andrade and Luke Keeler. An undercard will feature several other contests as well, according to ESPN. The fight — like the highly-anticipated rematch between Jake’s older brother, Logan, and fellow YouTuber Olajide ‘KSI’ Olatunji, in November — will stream live on sports platform DAZN, which is priced at $20 per month. (Logan Paul filed an appeal with the California State Athletic Commission after being defeated by Olatunji in a split decision, though his appeal was ultimately denied).

“Coming into the sport of boxing as an undefeated champion amongst my peers, it’s my duty to set the bar as high as possible for others looking to cross over into the sport,” Jake said, per ESPN. “This is more than a fight to me. It’s a chance to show the world that anyone with a dream, vision, and the right work ethic can overcome adversity and shine on the brightest stage.”

Paul also said that the fight against Gib — who is affiliated with British gaming group The Sidemen, to which KSI belongs as well — marks a bid to avenge his brother’s defeat. Gib, who counts 2 million YouTube subscribers, is best known for his FIFA play. He has some previous boxing experience, and shares KSI’s trainer: Viddal Riley. (Paul, for his part, counts roughly 20 million subscribers and is currently training with former pro Shane Mosely).

This event will take place at the Meridian at Island Gardens. Paul released a trailer for the fight last week, which you can check out below: