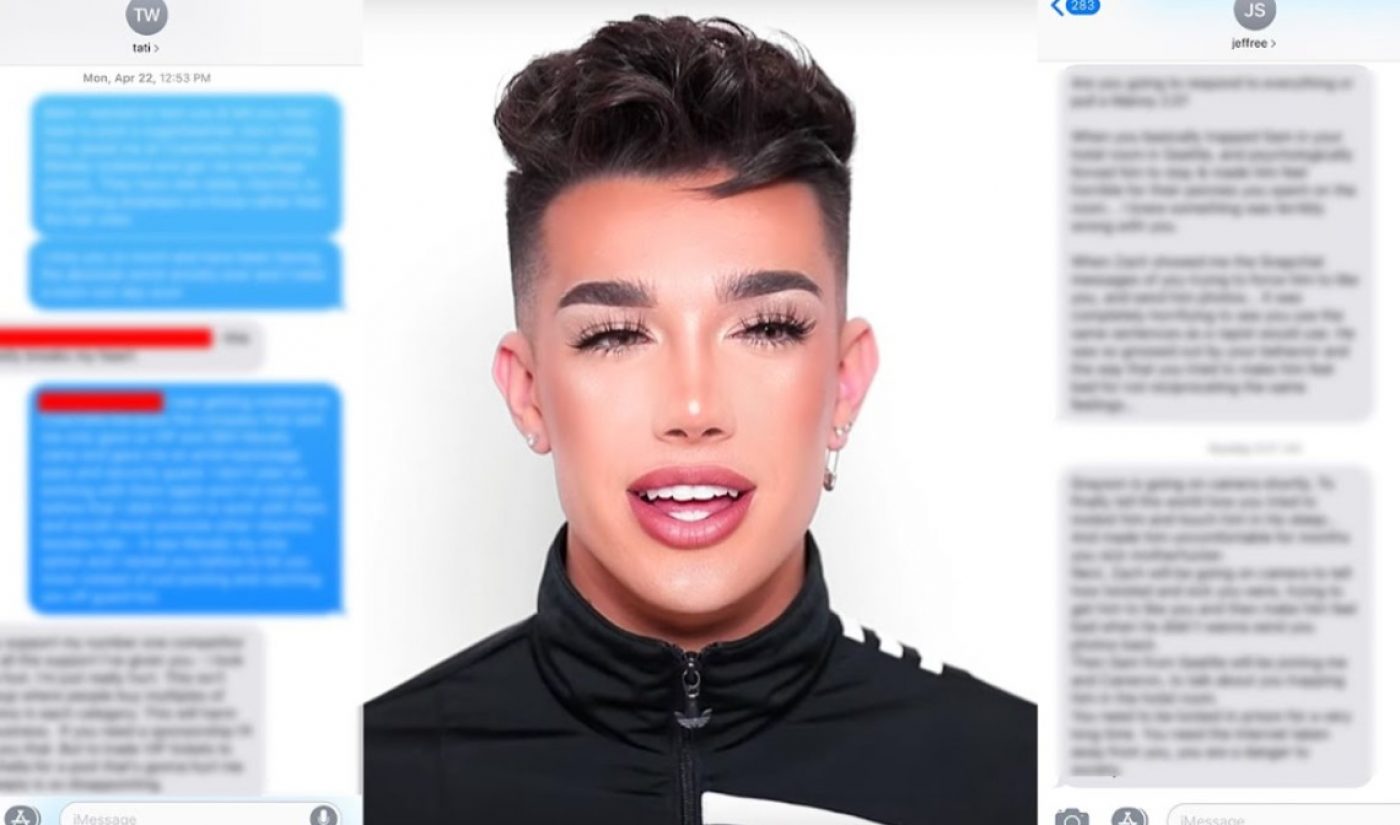 As YouTube seemingly becomes more massive every year, birthing new stars and ever-fragmented communities that are harder to collectively encapsulate, it’s not going to stop the world’s largest video platform from trying to sum it all up.

And as 2019 comes to a close — ahead of the platform’s wildly polarizing Rewind compilation (rolling out later today) — YouTube has shared several lists comprising the top videos of the year, which it used in compiling this year’s anthology.

Last year’s Rewind received a scathing response for steering clear of controversial moments and noteworthy creators (in favor of a selective, squeaky-clean, and brand-safe approach that felt forced and contributed to it becoming the Most Disliked YouTube Video of All Time). This year’s data-driven charts, however, aren’t shying away from potential points of polarization.

James Charles’ No More Lies video, for instance, is named the Top Trending Video of 2019 in the U.S. That upload has now netted over 48 million views and saw the then-19-year-old beauty guru weathering an explosive scandal involving a litany of allegations. (It is unclear how YouTube quantified the Top Trending Videos of the year, though it says its ongoing Trending tab takes into account viewcount, speed of view generation, where views are coming from, and the age of the video in question).

Also of note this year is the fact Shane Dawson appears twice in the Top Trending Videos of 2019 list — an interesting turnabout given that Dawson has previously decried his lack of inclusion in Rewind. One of Dawson’s conspiracy theory investigation (see below, No. 3 – which currently has over 37 million views) and a Kylie Jenner skin care review with frequent collaborator Jeffree Star (No. 7 – which currently has over 26 million views) both made it in the Top 10.

“From James Charles and MrBeast to Soulja Boy and spiders, this year’s U.S list of Top Trending Videos really represent the evolution of modern YouTube we’ve all been witnessing,” YouTube’s head of culture and trends, Kevin Allocca, said in a statement. “As the popularity and influence of YouTube’s creators has grown, so too has their magnitude of celebrity…Several of our Top Trending Videos made the cut not only because people liked to watch them, but because people wanted to discuss and unpack them, enabling them to become relevant pop culture moments for significant audiences. And the fact that they average roughly 30 minutes in length speaks to that.”

YouTube also broke out several category-specific lists, including: Top Music Videos In The U.S. (led by Lil Nas X and Billy Ray Cyrus’ “Old Town Road,” see below); the Most-Viewed Video Games of the year (note that Minecraft topped this year’s list, ahead of Fortnite); and the most-liked beauty video globally. Interestingly, that spot also belongs to Charles, whose Makeup Tutorial en Español video clocked a staggering 1.6 million ‘likes’. Next up in the same category is newly-christened beauty creator Dawson, who clinched 1.4 million ‘likes’ for the first episode of his The Beautiful World of Jeffree Star docuseries.

You can check out all of the aforementioned lists – and a few more – courtesy of YouTube, right here: