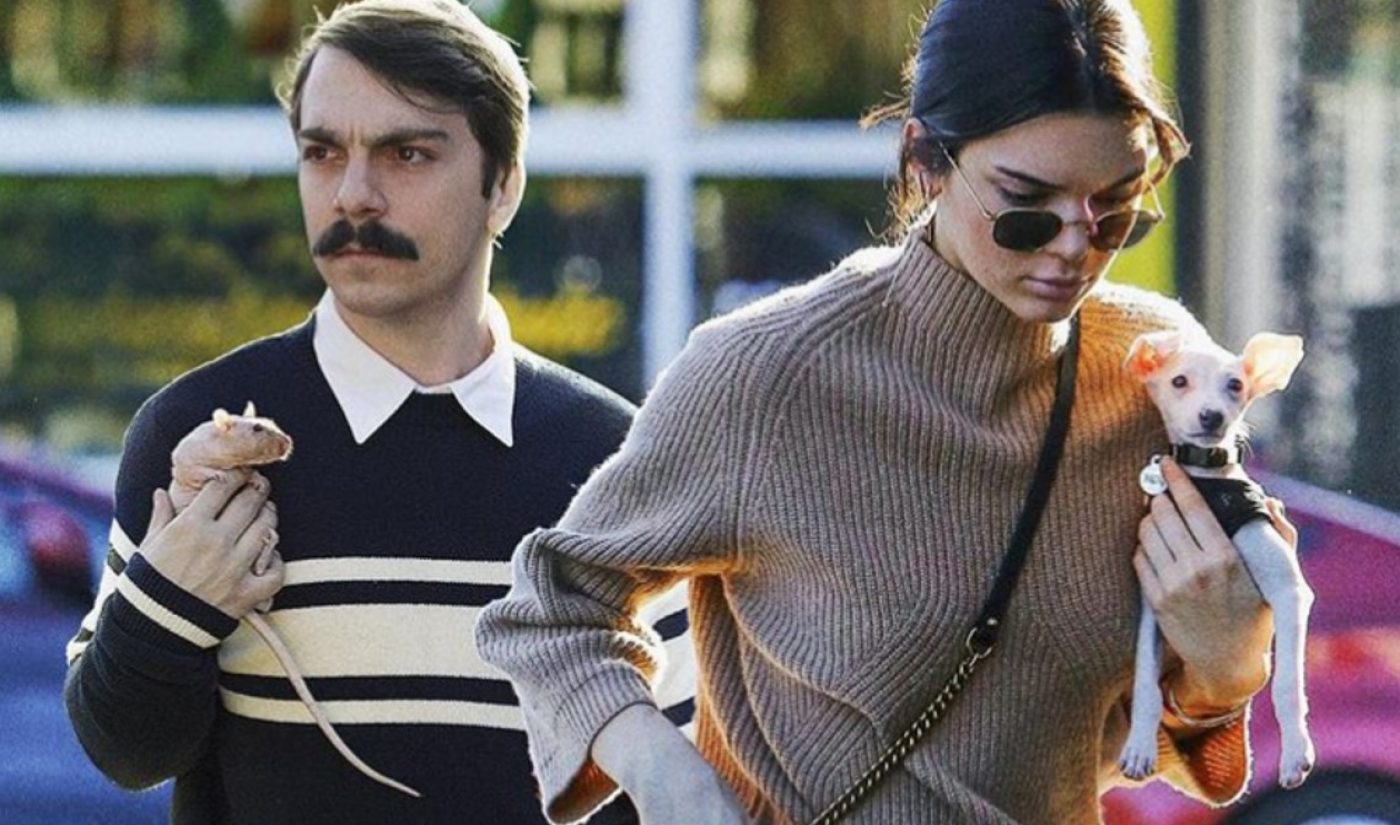 Kris and Kendall Jenner are the latest celebrities to join the Quibi programming family.

The reality stars and influencers are slated to executive produce a series for the soon-to-launch mobile video platform about a fictional sibling named Kirby Jenner — who, on the show, will appear as Kendall’s fraternal twin brother. The series, aptly titled Kirby Jenner, is based on a parody Instagram account of the same name — which is verified and counts 1.2 million followers. On that platform, Kirby photoshops himself into photos with various members of the Kardashian and Jenner clans with hilarious captions. In his most recent post for the show announcement, for instance, he can be seen posing with Quibi founder Jeffrey Katzenberg and CEO Meg Whitman.

The Hollywood Reporter notes that the creator behind the Kirby Jenner account has never broken character — whether at a Celine Dion meet-and-greet or eating breakfast with Kanye West. That said, the Quibi pick-up shows that the Jenners are obviously in on the joke, as Kris and Kendall will both serve as executive producers on Kirby Jenner, as will Kirby himself.

“I’m thrilled that Quibi viewers will get an inside look at the life of my twin brother and he’ll finally have the opportunity to shine in this series,” Kendall Jenner told the Reporter in a statement.

The series will be produced by Wonderland Productions and Ventureland in association with E! Entertainment — the network behind the long-running reality series Keeping Up With The Kardashians. Other Quibi programming will feature Liza Koshy, the Russo Brothers, Sophie Turner, Darren Criss, Liam Hemsworth, and more.