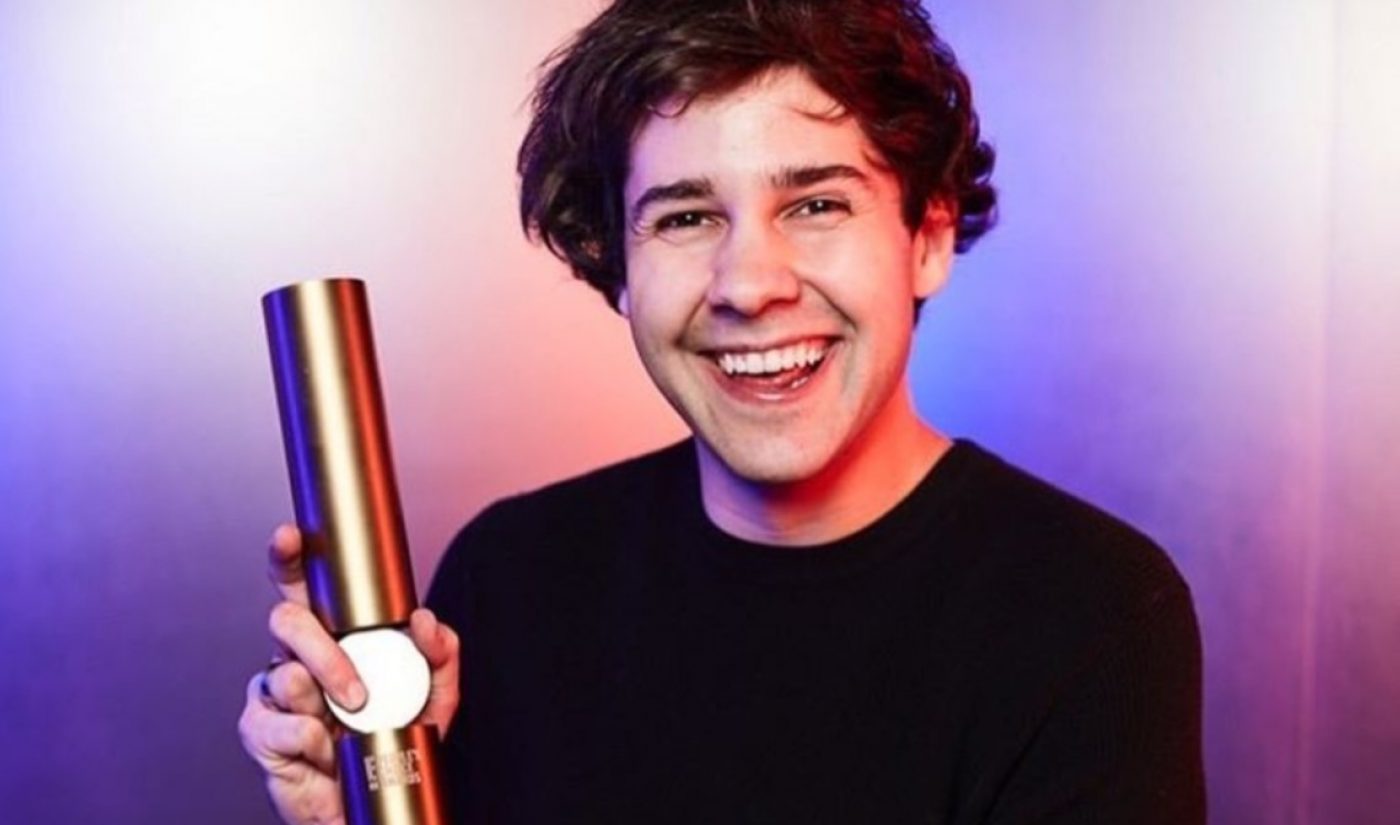 David Dobrik has been reasonably candid about his financial experiences as one of the world’s most successful YouTubers. And now, the 23-year-old, who was recently named one of People’s ‘Sexiest Man Alive’, is giving fans a clearer window into his pre- and post-‘Adpocalypse‘ earnings.

The Adpocalypse broke in 2016, wherein advertisers began boycotting YouTube — and ultimately drastically rethought their spend on the platform — after their campaigns were found to be running alongside content promoting terrorism and hate speech. (YouTube has subsequently weathered countless other controversies surrounding inappropriate content, which has riled marketers and thus impacted creator revenues).

“I was getting around 60 million views a month, and my check each month for that time would be a little over $275,000, which is nuts — it literally felt like i was a drug dealer at that time,” Dobrik said of the pre-Adpocalyse glory days in an interview with Men’s Health. “And then, a year and a half ago, or like two years ago, it got cut, and now I get 200 million views — which is more than three times the amount of views I was getting before — but now my paycheck is under $2000, which is crazy.”

Dobrik attributes this seismic drop to the fact that he uses copyrighted music in his videos and also because they tend to feature inappropriate stunts — as opposed to the brand-friendly fare that rakes in the lion’s share of ad dollars. However, Dobrik says that changing either of these factors is a non-negotiable given they’re a part of what makes his videos so unique — and, presumably, so wildly popular.

“I always think everything happens for a reason, and I feel like my paycheck getting cut on YouTube was almost like a wake-up call to be like, ‘Hey, don’t be comfortable here on YouTube — expand your things with merchandise — like expand the business’. It was kind of like a blessing in disguise, because it made me go, ‘YouTube isn’t forever obviously, so I gotta go try to do some other things’.”

You can check out the video in which Dobrik also discusses his most expensive vlog stunt (a $300,000 Lamborghini gifted to friend and fellow creator Heath Hussar) and his philosophy on finances (“Always give back”) below:

Photo Credit for the image up top of David Dobrik with his People’s Choice Award: Maarten de Boer / E! Entertainment