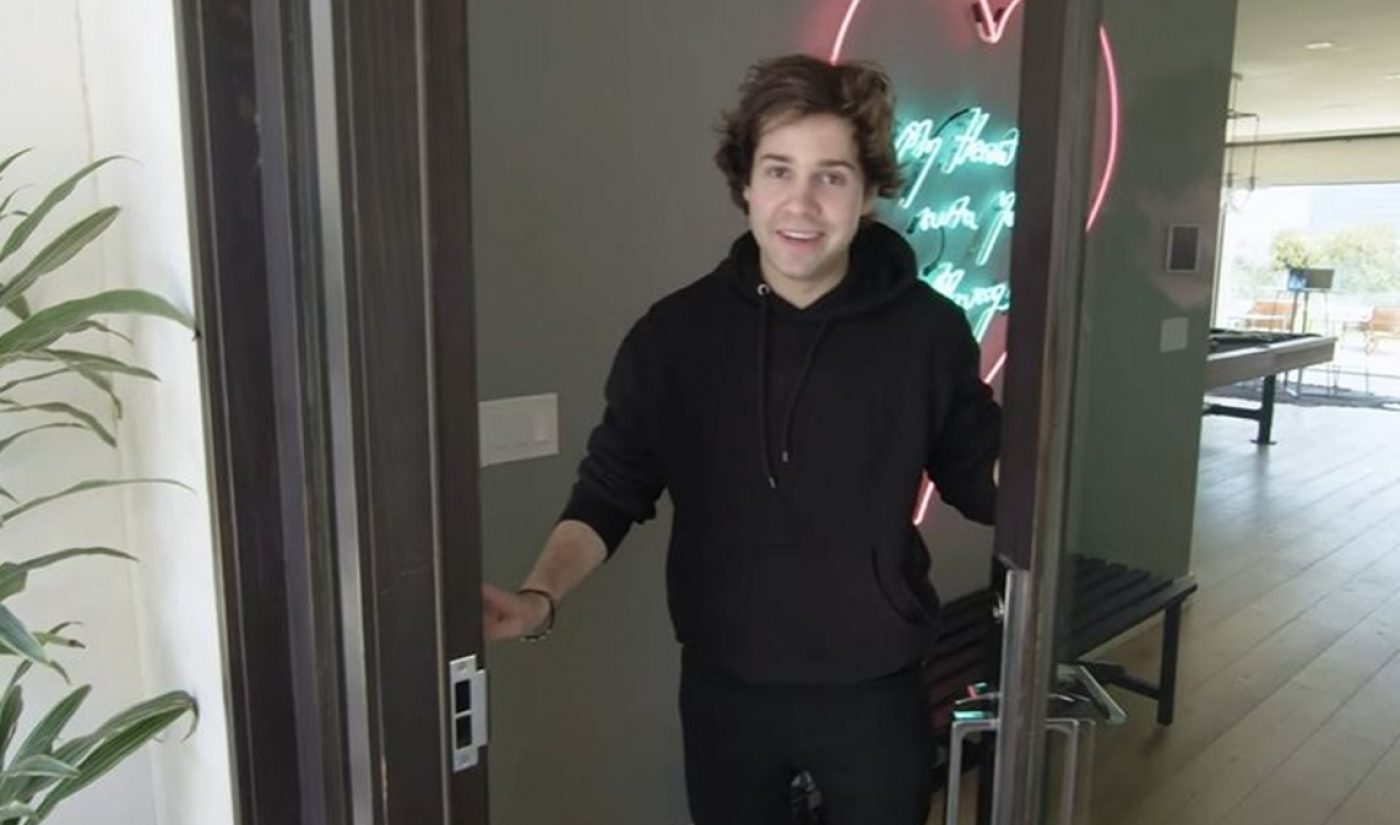 David Dobrik is only 22, but the Vlog Squad patriarch is also the proprietor of a $2.5 million mansion, to which he opened the doors for Architectural Digest’s YouTube channel (1.7 million subscribers). The Conde Nast-owned title has shared several other highly-viewed Open Door home tours from the likes of John Stamos, Jessica Alba, and Lenny Kravitz.

Despite the breezy chicness of the 2,700-square-foot, four-bedroom Studio City property — which Dobrik says he purchased two-and-a-half years ago after much rumination — the interiors tout several of Dobrik’s signature touches, including a shelf for his Kids Choice and Streamy Awards, numerous LED signs (“an easy way to decorate a house and make it feel like it’s a lot cooler than it actually is,” Dobrik says), a non-functioning gumball machine, artwork by the L.A. fraternal duo Shelby and Sandy, and Dobrik’s favorite piece of furniture — a Restoration Hardware ‘Cloud’ couch.

“It’s not too big, it’s not too small, it’s not too modern, it’s not too old,” Dobrik said. “It’s just like the perfect inbetween, I think.” Dobrik says that his friend, Reggie Castro, and his assistant, Natalie Mariduena, were responsible for the entire design scheme. The hillside property also boasts sweeping views of Universal Studios, the Comcast building, and The Wizarding World Of Harry Potter.

In addition to the house tour, Dobrik also shows off his car collection, including a new Ferrari and his favorite Tesla SUV.