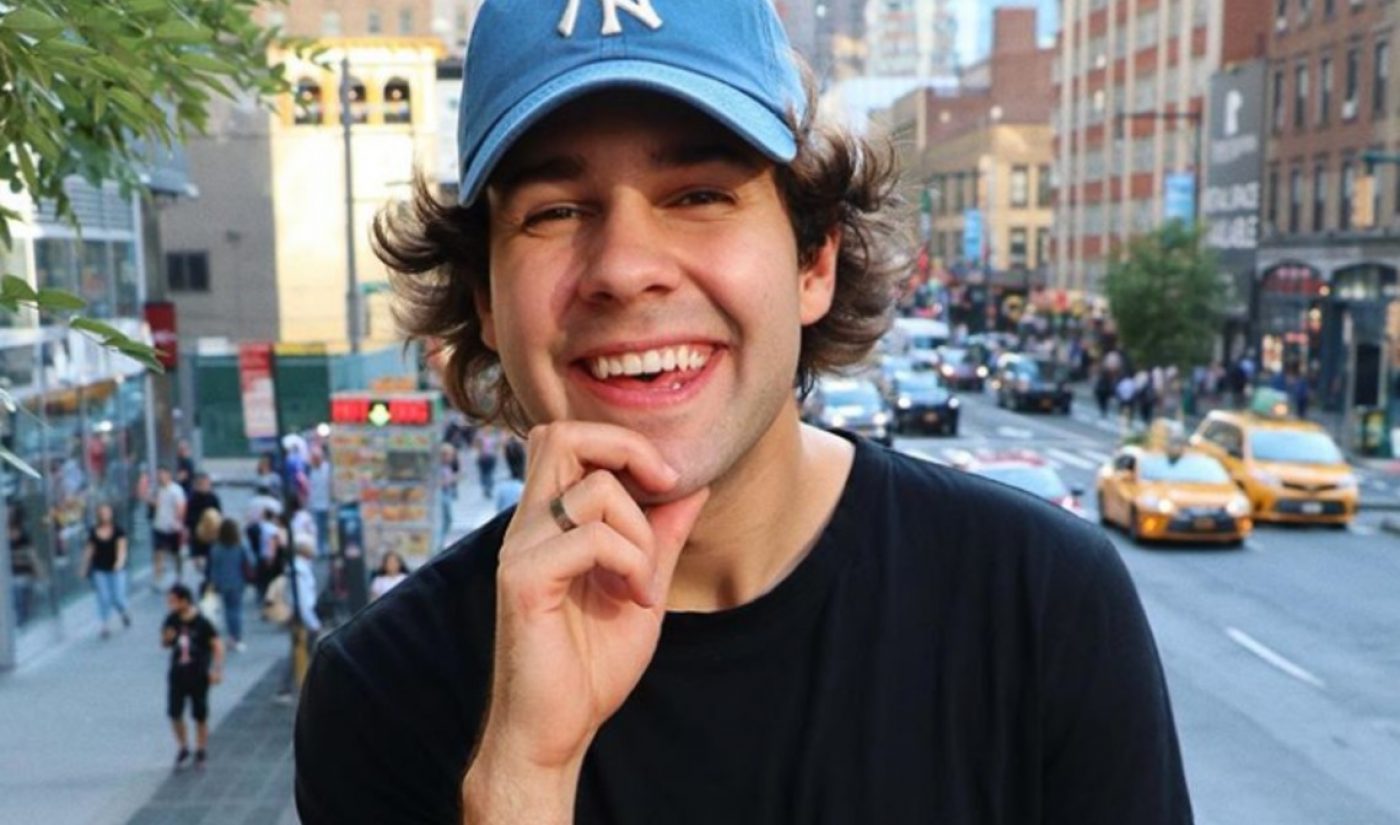 David Dobrik can add several more accolades to his burgeoning trophy chest. The 23-year-old has been named one of People magazine’s ‘Sexiest Men Alive’ — an annual award that the lifestyle title has bestowed since 1985, beginning with Mel Gibson.

While this year’s flagship honoree — and cover star — is John Legend, People distributed other awards in numerous categories, including several fan-voted categories — which is where Dobrik unsurprisingly shined. With the help of his fans, who “voted for the YouTube star in droves,” per People, Dobrik beat out the likes of Harry Styles, Shawn Mendes, Noah Centineo, and Jordan Fisher in the ‘Sexiest Heartthrob’ category. (That said, Fisher, a fellow internet star who is both a musician and popular gamer, took home top honors in the ‘Groom-To-Be’ category).

After Dobrik was nominated, he put out a heavy call for fan support, with best friend Jason Nash publishing a vlog that plead for votes. The duo also titled an episode of their podcast, Views, David Dobrik: Sexiest Man Alive?

In addition to his People’s honor, Dobrik also took the (unaffiliated) People’s Choice Award in the ‘Social Media Star’ category on Sunday, where he beat out Emma Chamberlain, The Dolan Twins, Rickey Thompson, The Ace Family, Shane Dawson, Liza Koshy, and Tana Mongeau. Those awards — which have been held since 1975 and are currently owned by E! — are fan-voted as well. Dobrik was joined in the winners’ circle by Bretman Rock, who won in the ‘Beauty Influencer’ category.

All of the accolades arrive as Dobrik’s Nickelodeon singing competition series, America’s Most Musical Family — for which he serves as a celebrity judge — premiered on Nov. 1.