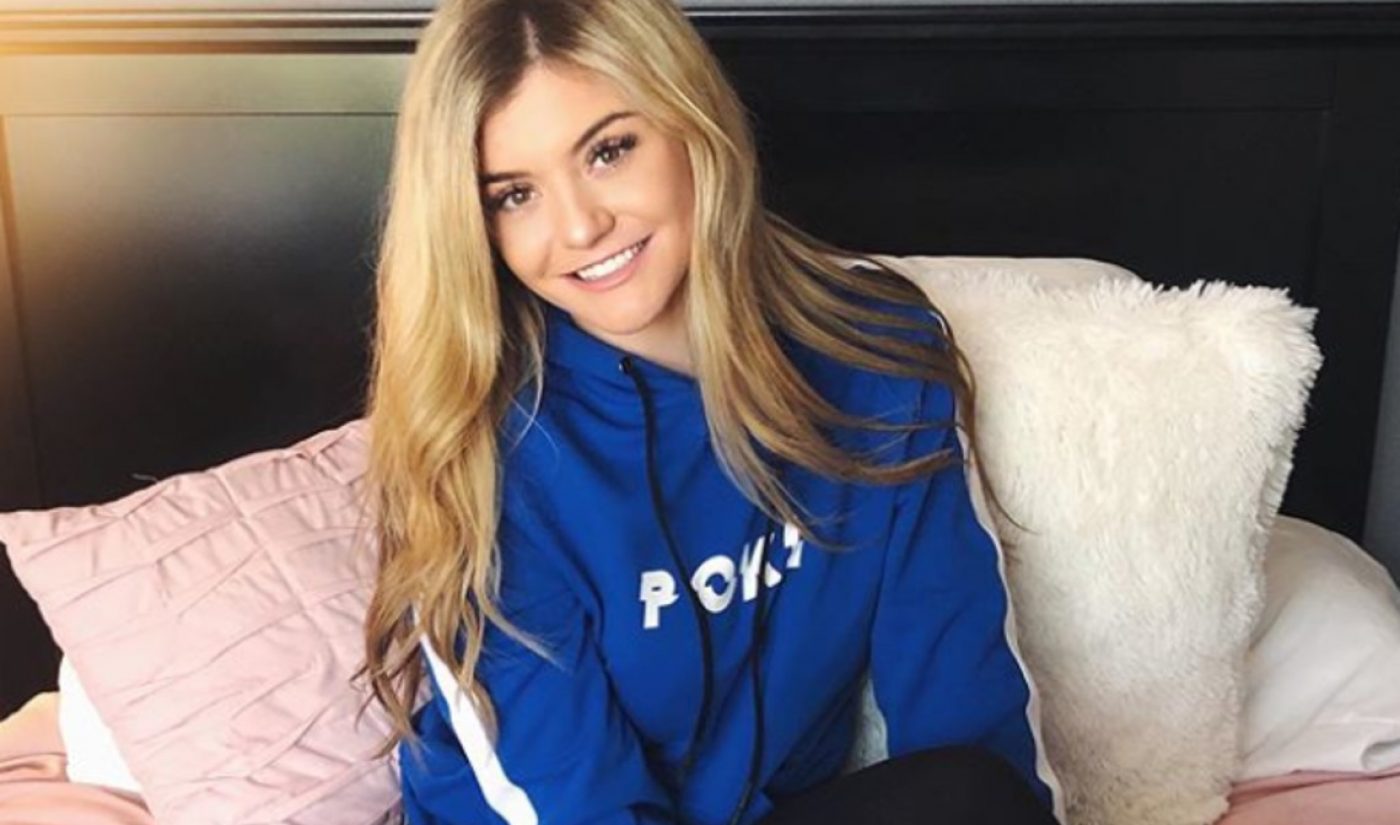 100 Thieves, the pro esports organization that also boasts a buzzy streetwear line and backing from the likes of Scooter Braun and Drake, has signed its latest team member: the rapidly-growing Twitch star BrookeAB.

Brooke, who is best known for her Fortnite play and who does not disclose her surname, joined Twitch in July 2018, and has already amassed roughly 557,000 followers. She also counts 128,000 YouTube subscribers and 587,000 Instagram followers. In August, the 21-year-old signed with UTA.

“Brooke started streaming just over a year ago and is currently one of the fastest-growing creators on Twitch,” 100 Thieves announced on its various social media channels. “She’s built an amazing community with her contagiously fun and outgoing personality.” And, in typical 100 Thieves fashion, the company produced a comedic introductory video (below), in which Brooke and 100 Thieves’ other female streamer Rachel ‘Valkyrae’ Hofsetter are engaged in a prank war with 100 Thieves CEO Matt ‘Nadeshot’ Haag and creator Jack ‘CouRage’ Dunlop that gradually spins out of control.

Prior to Brooke, 100 Thieves signed Dunlop in May following the surprise departure of longtime teammate and Fortnite competitor Nick ‘NickMercs’ Kolcheff — who subsequently joined a competing org, FaZe Clan.

100 Thieves has raised $60 million in venture funding to date from — most recently in a $35 million Series B round led by Artist Capital Management.