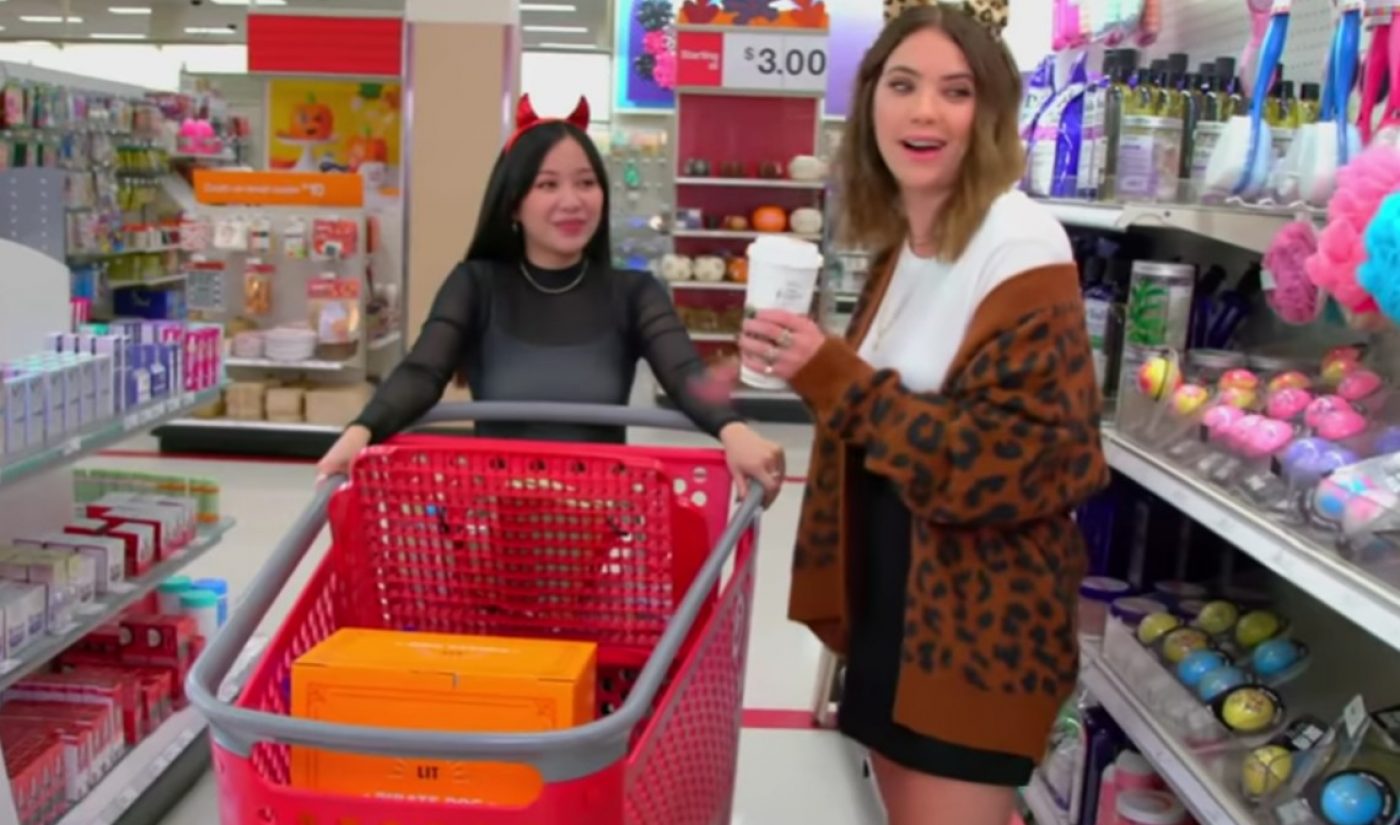 After launching its yearlong influencer marketing initiative dubbed #TargetTalent in September, predominantly on Instagram, the mass retailer is now honing its YouTube presence — to massive success straight out of the gate.

At first, Target appeared to be focusing #TargetTalent content on Instagram alongside the likes of Vine-turned-YouTube star Lauren Giraldo and Try Guys personality Ned Fulmer — both of whom helped unveil #TargetTalent via sponsored posts. But now, the company has transitioned its efforts onto its YouTube channel (460,000 subscribers) as well, where two of that platform’s preeminent creators — lifestyle vlogger Emma Chamberlain and beauty OG Michelle Phan — linked up with celebrities (Angela Kinsey and Ashley Benson, respectively) to vlog their shopping adventures down the Target aisles.

Target did not immediately respond to request for comment about how it selected its influencer partners or whether additional episodes are forthcoming.

In Target’s first collab video (326,000 views), featuring Phan and Benson (of Pretty Little Liars fame), the duo share a beauty haul and also discuss their love for Halloween and the importance of self-care. At one point, Phan also mentions two-year digital detox — and the fact that she has recently reactivated her YouTube channel, much to the delight of her 8.9 million subscribers. In addition to their impromptu chats, the ladies also call promotional attention to Target’s dollar section, its proprietary app, and its in-house food brand Good & Gather.

The second episode, featuring Chamberlain and Kinsey (see below), has amassed 27 million views since being published five days ago — something of a mind-boggling feat. While Chamberlain regularly nabs millions of views on her personal channel, with her (roughly) weekly uploads, that figure is well above her average — suggesting that the tally was aided by some sponsored boosting on Target’s behalf. Nevertheless, on their Target adventure, she and Kinsey (The Office, Haters Back Off) shop for whatever catches their eye, including fuzzy jackets, lip balm, makeup wipes, and snacks.

Target is increasingly shifting its marketing focus on the influencer space. The company announced a re-brand of its in-house media at its first-ever NewFronts presentation last spring, and that same month hired digital vet Karyn Spencer (Vine, AT&T‘s Hello Lab) to serve as its first-ever director of talent partnerships and influence marketing.