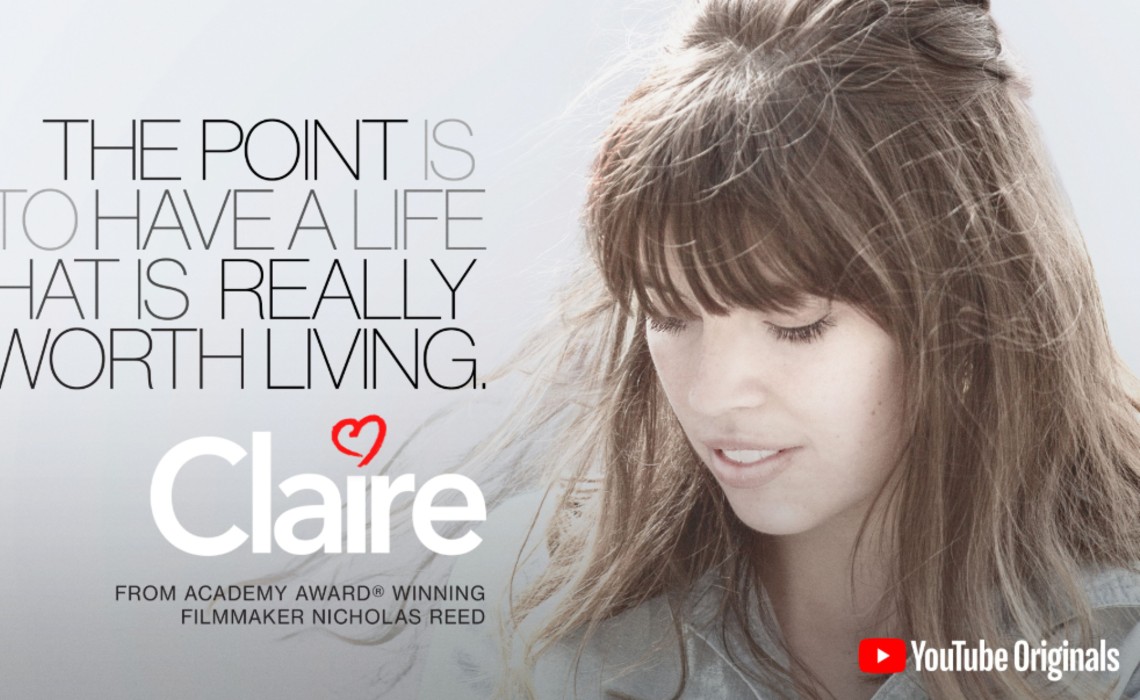 YouTube has unveiled the trailer for Claire — a previously-announced documentary that will chronicle the late vlogger Claire Wineland’s fight against cystic fibrosis.

The 21-year-old, who spent thousands of hours in hospitals and even came back to life after being pronounced dead, also took to YouTube to share her story and advocate for others battling terminal illnesses, where her vlogs have garnered nearly 380,000 subscribers.

The film, premiering on Wineland’s channel on Sept. 2, was directed and produced by Academy Award winner Nicholas Reed (The Lady In Number 6) and Ryan Azevedo (Unpinned) and produced by Paul Foley (also of Unpinned). Christopher Garnett, Joel Bergvall, Erick Brownstein, Phillip B. Goldfine, and Tim Staples served as executive producers.

Alongside the film, which will be free to watch, viewers will be able to access YouTube Giving features to donate to the Claire’s Place Foundation, a nonprofit that provides financial and emotional support to families affected by cystic fibrosis.