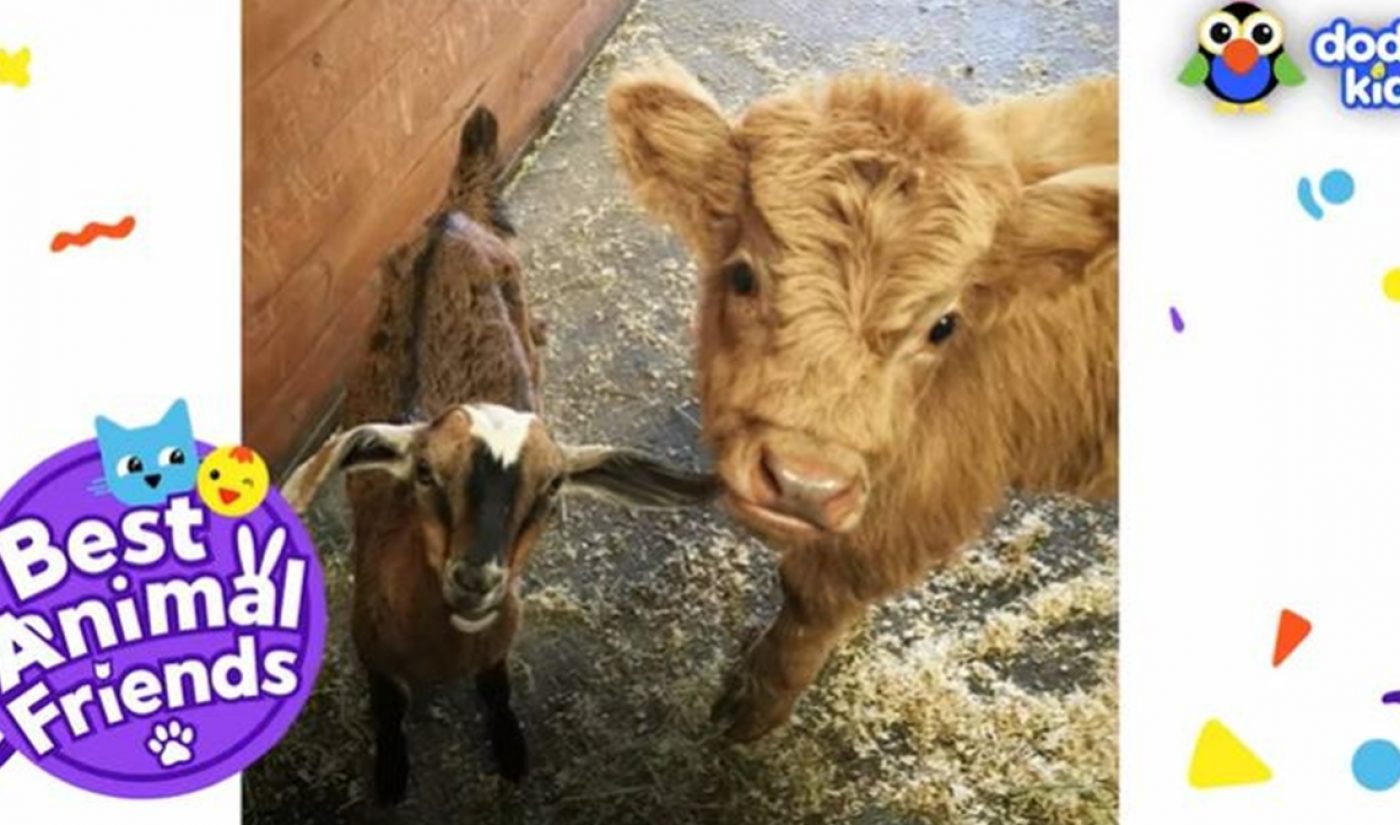 The Dodo, Group Nine Media’s digital brand dedicated to all things animals, has officially made its previously-announced foray into the kids’ content realm.

Dodo Kids’ launch sponsor is Paramount Pictures and its new film Dora and the Lost City of Gold. Together, the two companies will launch a two-part, custom video series dubbed Adventure Pals, showcasing kid-animal duos with special connections. Dodo Kids will also create versions of Adventure Pals for Facebook, Twitter, and its owned-and-operated platforms targeting parents, as well as a Spanish-language version for its El Dodo hub.

“The Dodo is consistently ranked as the most-engaged with media brand in the world because of the emotional, entertaining, and positive stories that we tell to audiences across mobile and linear platforms,” Dodo founder and chief creative officer Izzie Lerer said in a statement. “The launch of our kids’ brand is a logical next step in our brand’s journey, and we are confident these shows will resonate with young children and their parents, as well as with advertisers.”

You can check out Dodo Kids’ most-viewed video to date, an episode of Best Animal Friends featuring Buckley the cow and Ralphy the goat, below: