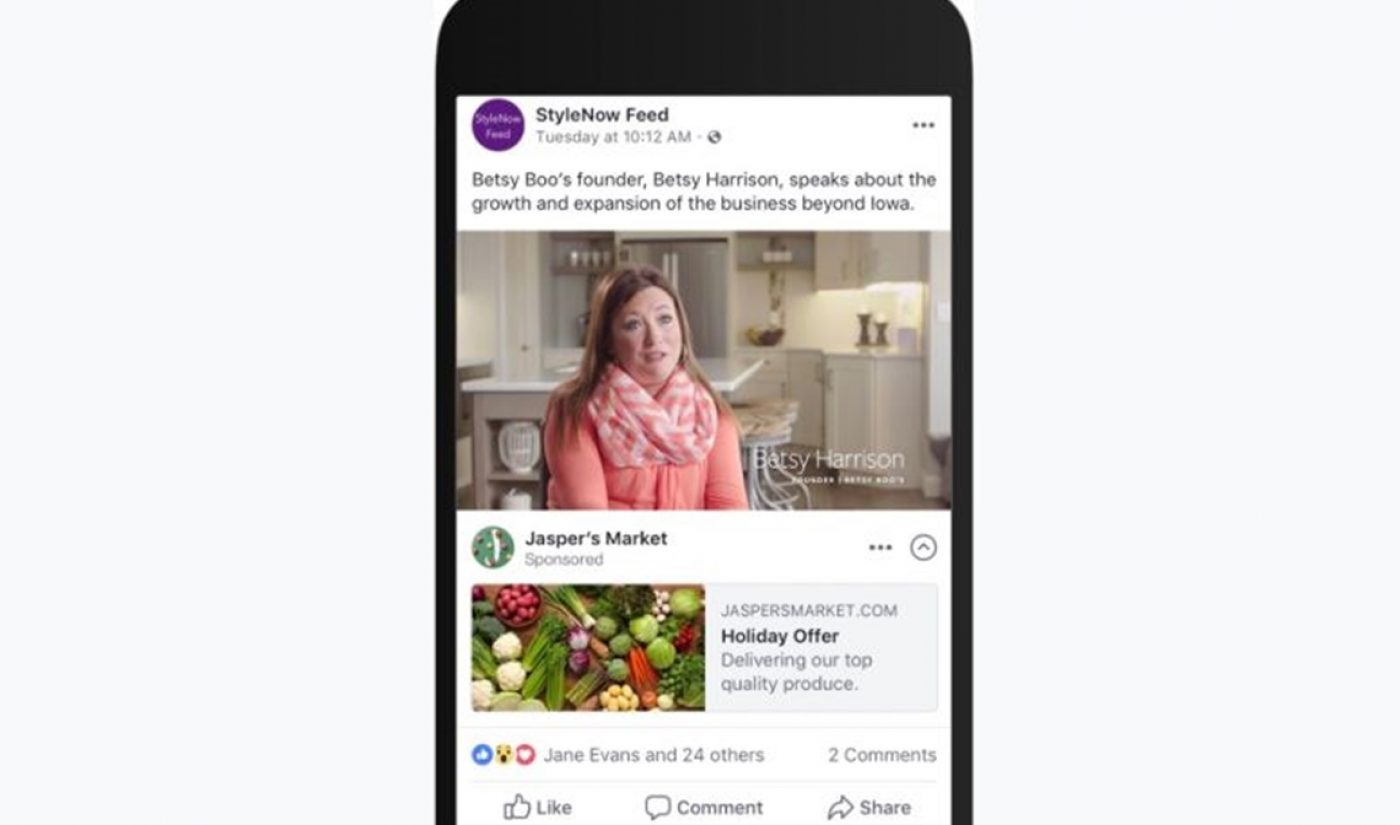 Ahead of VidCon this week, Facebook has rolled out new monetization features within the three products that creators can currently use tomake money: advertising, brand deals, and direct support from fans.

In a blog post today, global entertainment partnerships VP Sibyl Goldman and director of app monetization Maria Smith shared that Facebook is adding new capabilities to Ad Breaks, wherein commercial revenues are shared by creators and Facebook in a 55%/45% split. (In order to be eligible for Ad Breaks, which are currently being used by tens of thousands of Facebook Pages in 40 countries, creators must have at least 10,000 followers and a minimum of 30,000 1-minute views. Facebook says the number of Pages using ad breaks has increased three-fold over the past year).

Currently, Facebook auto-chooses the type of Ad Break that runs during a video — either a mid-roll ad, pre-roll ad (if the video is accessed via ‘Search’ or ‘Watchlist’), or non-interruptive image ads that appears below videos. Going forward, Facebook will give creators the ability to only choose non-interruptive formats — including pre-rolls and images — on videos that don’t necessarily lend themselves to a mid-roll break.

Facebook is also building on its Brand Collabs Manager — a one-year-old platform that links advertisers with creators for sponsorship opportunities. Brand Collabs Manager (which isn’t obligatory to engage in a brand deal on Facebook) was announced last year at VidCon and is currently available in Canada, Germany, the U.K., and the U.S.

Next, Facebook is bringing performance insights into Manager so that creators and brands can track performance and engagement. The company will also enable brands to tap into a creator’s audience more directly, with targeted ads that can roll out expressly to a creator’s followers (and which can subsequently be boosted more broadly). 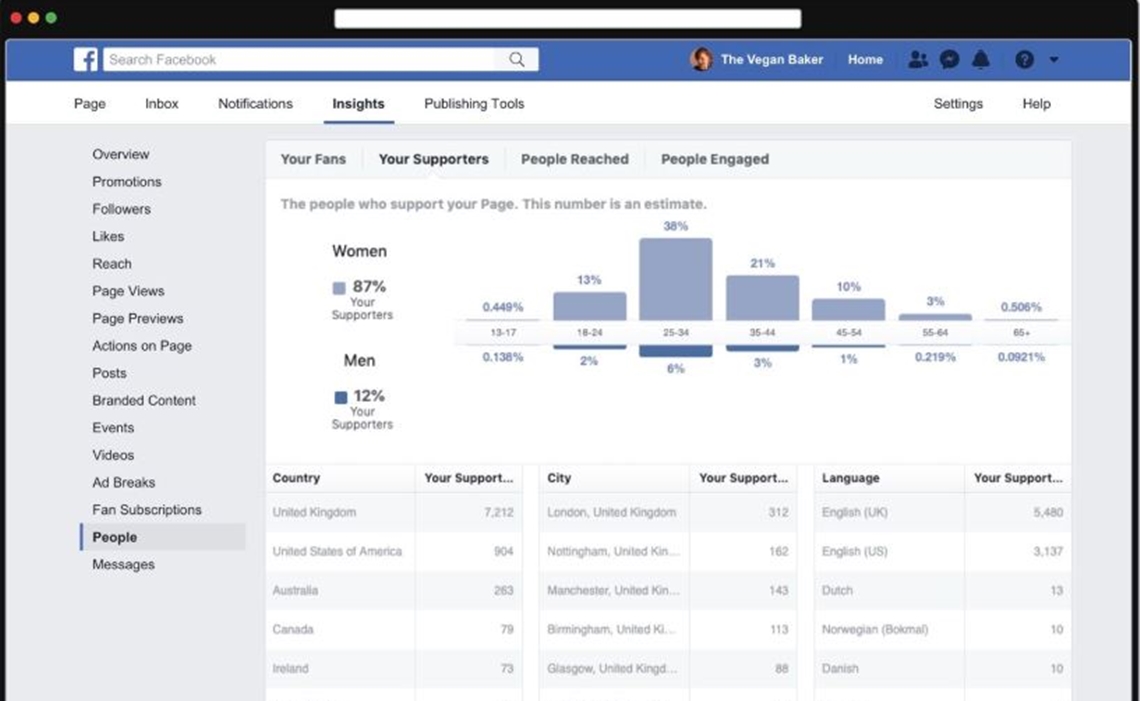 Finally, Facebook is updating Fan Subscriptions — a feature that enables viewers to support their favorite creators with recurring monthly payments in exchange for exclusive content, discount codes, and other perks. The feature — which is available in Australia, Canada, France, Germany, Italy, Mexico, New Zealand, Spain, the U.K., and the U.S. — will now let creators offer supporter-only Groups as a perk, enabling interactions in a private space on Facebook. Creators will also get access to new Fan Subscription metrics, including new subscribers, active subscribers, and subscriber churn over time (see above).

Both Brand Collabs Manager and Fan Subscriptions are only being used by thousands of creators thus far, Facebook says. Creators can fill out online forms to join, and entrants are selected via human review.

Most Fan Subscriptions are priced by creators at $4.99 a month, though monthly prices can range from 99 cents and $99. As of Jan. 1, 2020, creators will take home 70% of Fan Subscriptions — while Apple‘s iOS store and the Google Play shop will take 30% (as they do with any in-app purchases). Facebook will only start taking a 15% share of Subscription revenues when the Subscription has been active for two years, the company says — which is when the cut taken by each app platform drops to 15%. The social network also notes that it will take a 30% cut of all Subscriptions purchased on the web.

Additionally, in terms of direct fan support, Facebook is looking to roll out a feature that was previously only available to select gaming creators dubbed Facebook Stars. The tool enables viewers to send ‘Stars’ during live streams that serve as a one-time donation. Facebook is now testing Stars for all creators during both live and on-demand videos.

While creators do earn 1 cent for every Star sent during a stream (fans can send multiple stars at a time), Facebook takes a cut of this action as well — with the percentage depending on the price of the Star pack purchased. If a viewer purchases a pack of 100 Stars on the Facebook website, for instance, it costs $1.40 — with Facebook keeping 40 cents. The more Stars that fans buy, the less of a cut Facebook pockets.

Stars sold on iOS and Android are priced higher to account for the aforementioned fees, though creators always receive 1 cent per Star. 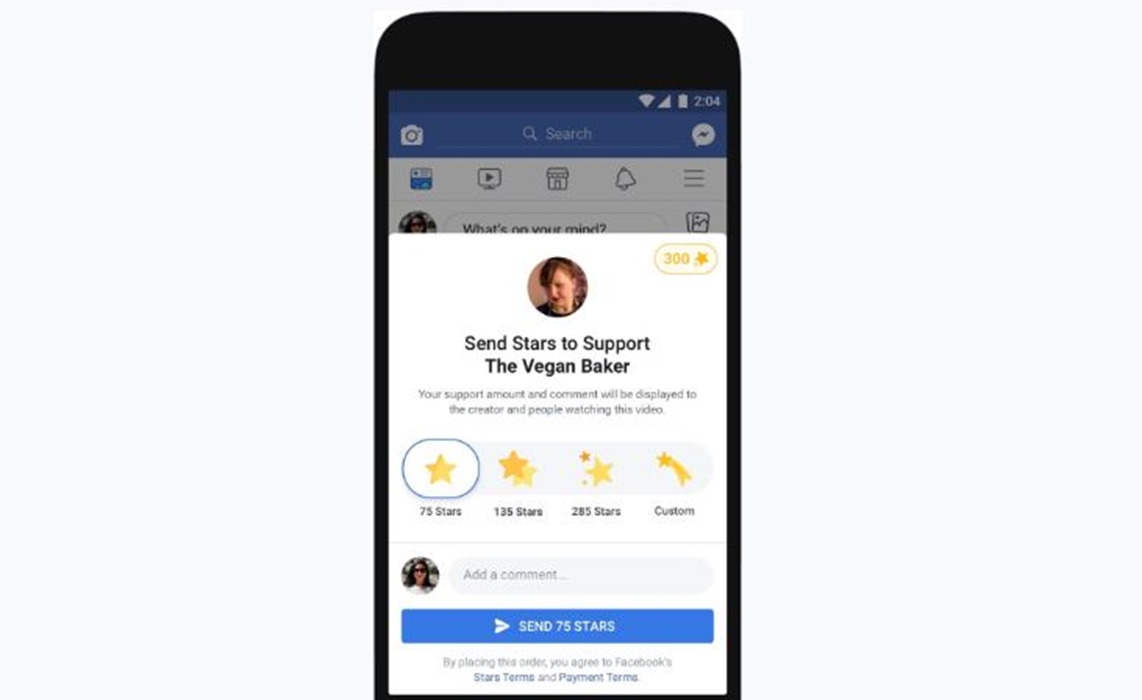