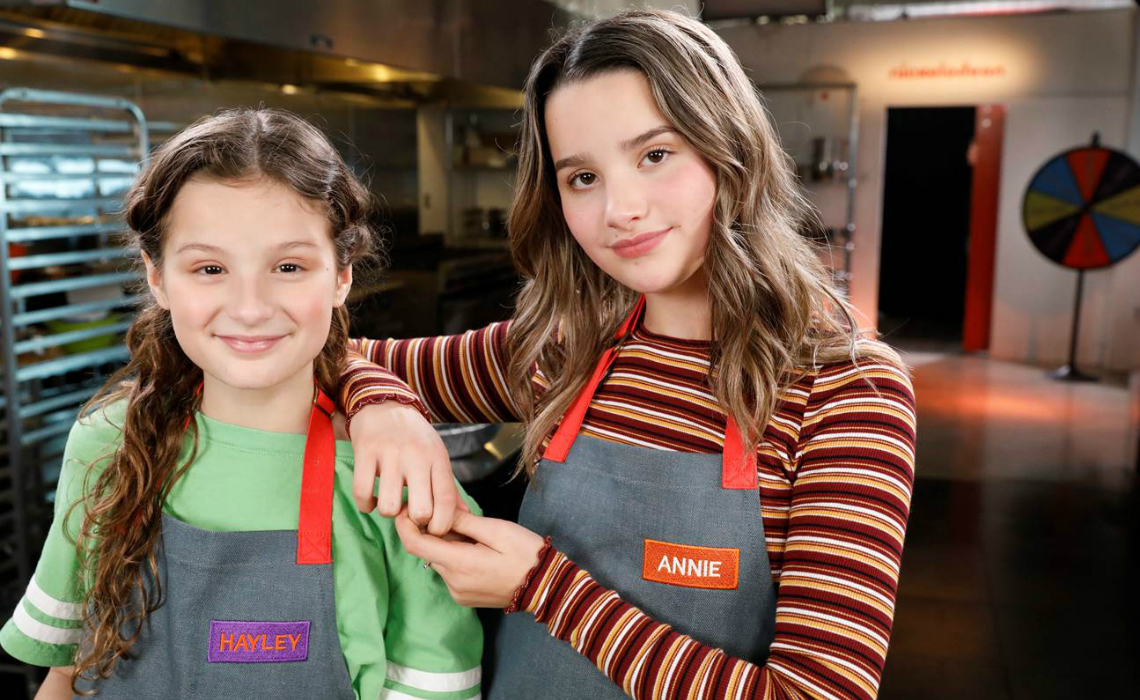 The first episode of Annie and Hayley LeBlanc’s new foodie family fued series, Annie vs. Hayley, went live on Nickelodeon’s YouTube channel this past weekend, and has since garnered nearly 400,000 views.

In the 14-minute episode, the sisters — who’ve amassed 7 million subscribers on their family YouTube channel Bratayley — have 60 minutes to see who can bake the best birthday cake for SpongeBob SquarePants, one of Nickelodeon’s flagship animated characters.

Annie and Hayley are helped by recipe cards and a complete stock of ingredients…but there’s a catch. The recipe cards only list which ingredients are needed and the basic order in which they’re incorporated, not specific measurements or cooking times.

In this and future episodes, Annie and Hayley’s already arduous task is complicated by a menacing wheel of mid-cooking twists. We won’t spoil anything, but each of them have another layer added to their endeavor thanks to an inconvenient challenge.

Further episodes of Annie vs. Hayley will, like this one, debut on Nickelodeon’s YouTube channel and feature a lineup of guest judges. Fans can also catch the duo on Bratayley, where they upload one video per week.

Both girls, who launched their entertainment careers thanks to their success on YouTube, appear in a number of other productions, primarily from digital studio Brat. Annie stars in Brat’s Chicken Girls and recently guest starred in Nickelodeon’s Cousins for Life. Hayley too appeared in Chicken Girls, as well as other Brat franchises like Mani and Hotel Du Loone.