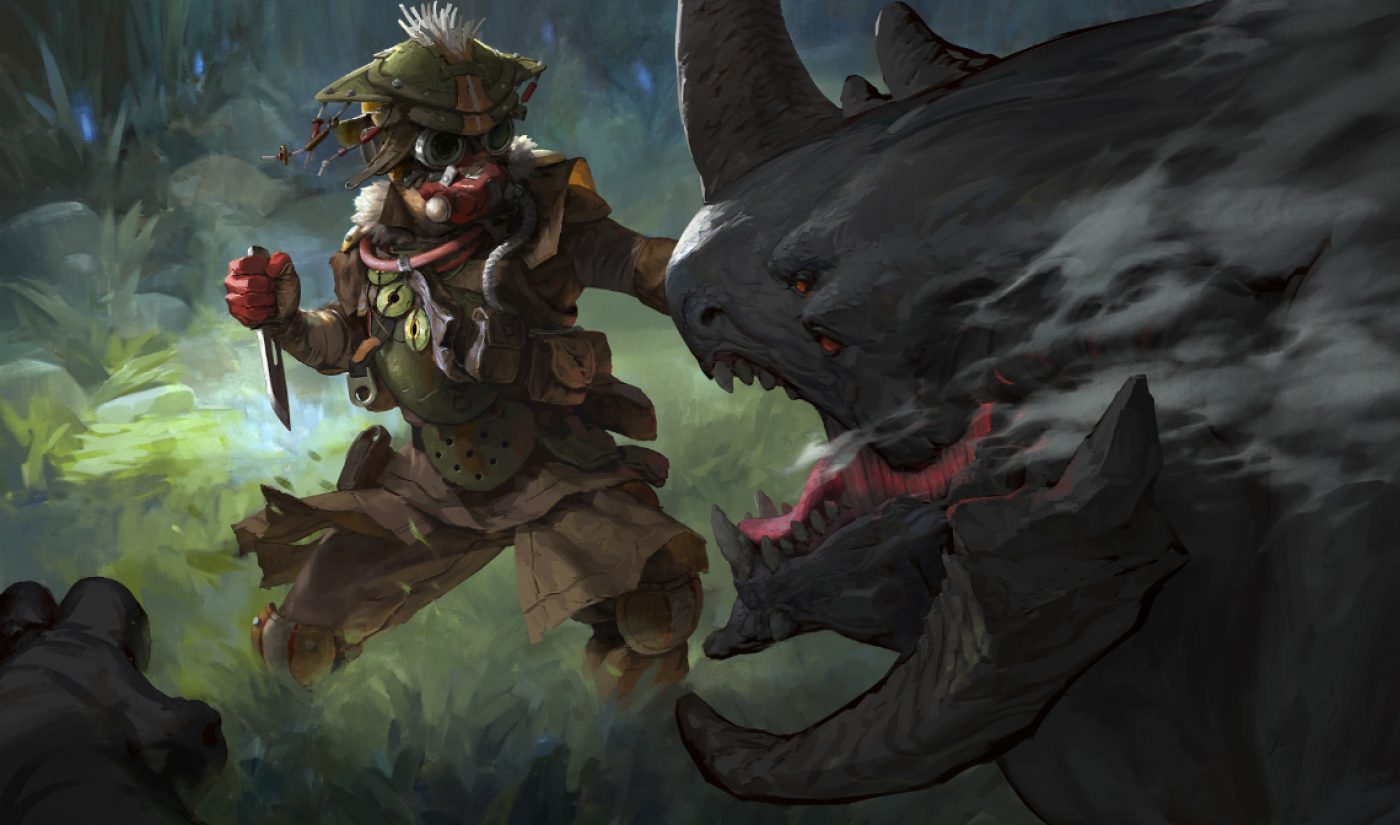 The first quarter of 2019 was a noteworthy one for Twitch and YouTube Live.

Together, the streaming services facilitated 2.7 billion hours of content watched in the first three months of this year, according to report from StreamElements, a platform that develops tools for streamers.

For Twitch, January 2019 was its biggest month ever, with a record-setting 948 million hours of streamed content watched. Back in the first quarter of 2018, it brought in just 89 million hours of viewership. 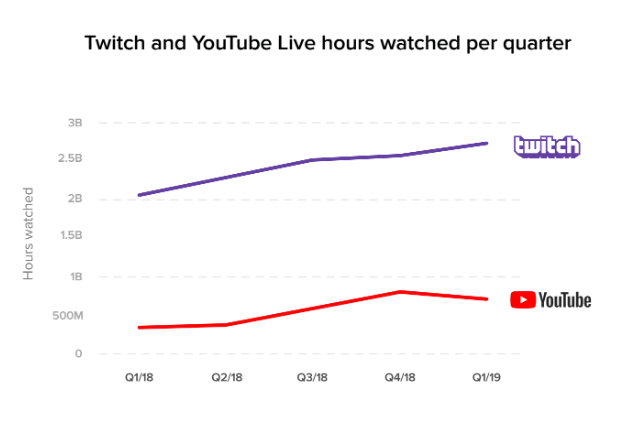 While the report’s details about YouTube Live’s viewership are slim, StreamElements got much more nitty-gritty with Twitch. It found that 57% of hours watched were generated by the top 1,000 streamers. (If that stat sounds familiar, you may be thinking of YouTube, where the top 3% of creators receive 90% of sitewide views.)

As for who the top-of-the-top streamers are, that rotates each month. In January, it was Tfue (5.6 million followers) with over 10 million hours watched. In February, Shroud (6 million) took top spot with 15 million hours. And in March, stream king was Summit1g (3.8 million) with 12 million hours watched. Ninja, who’s generally considered Twitch’s most popular streamer, was in the top five each month, but never hit No. 1.

Tfue, Shroud, Summit1g, and Ninja are all gaming creators, as is every single other creator who made it into the top five each month. That can make it easy to assume Twitch is all about gaming. But non-gaming content (termed “IRL” or “in real life” content) is actually a huge chunk of what Twitch viewers are watching. In fourth quarter 2018, IRL content brought in 138 million hours of viewership, making it the third most popular topic on Twitch after Fortnite (340 million hours) and League of Legends (265 million).

In the first quarter of 2019, IRL content’s viewership increased by 30 million more hours (putting it at 169 million total) but dropped to fourth place in popularity due to the release of character-focused battle royale game Apex Legends.

Apex was an immediate hit on Twitch, drawing in the platform’s top creators — including those mentioned above — and netting itself third place with 182 million hours watched. (It was also a hit on YouTube, by the way; famously generous YouTuber MrBeast teamed up with the game’s developer, Electronic Arts, to hold a real-life version of the game with $200,000 in prizes.)

Still top-watched this quarter were incumbents Fortnite (311 million) and League of Legends (302 million). 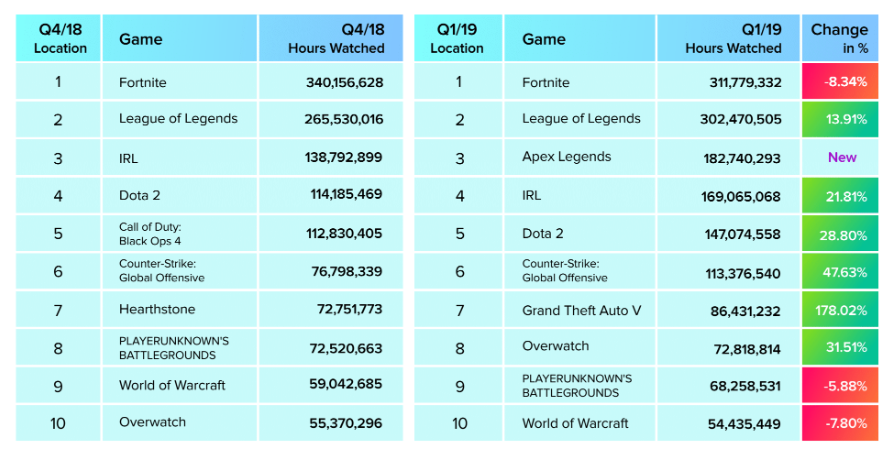