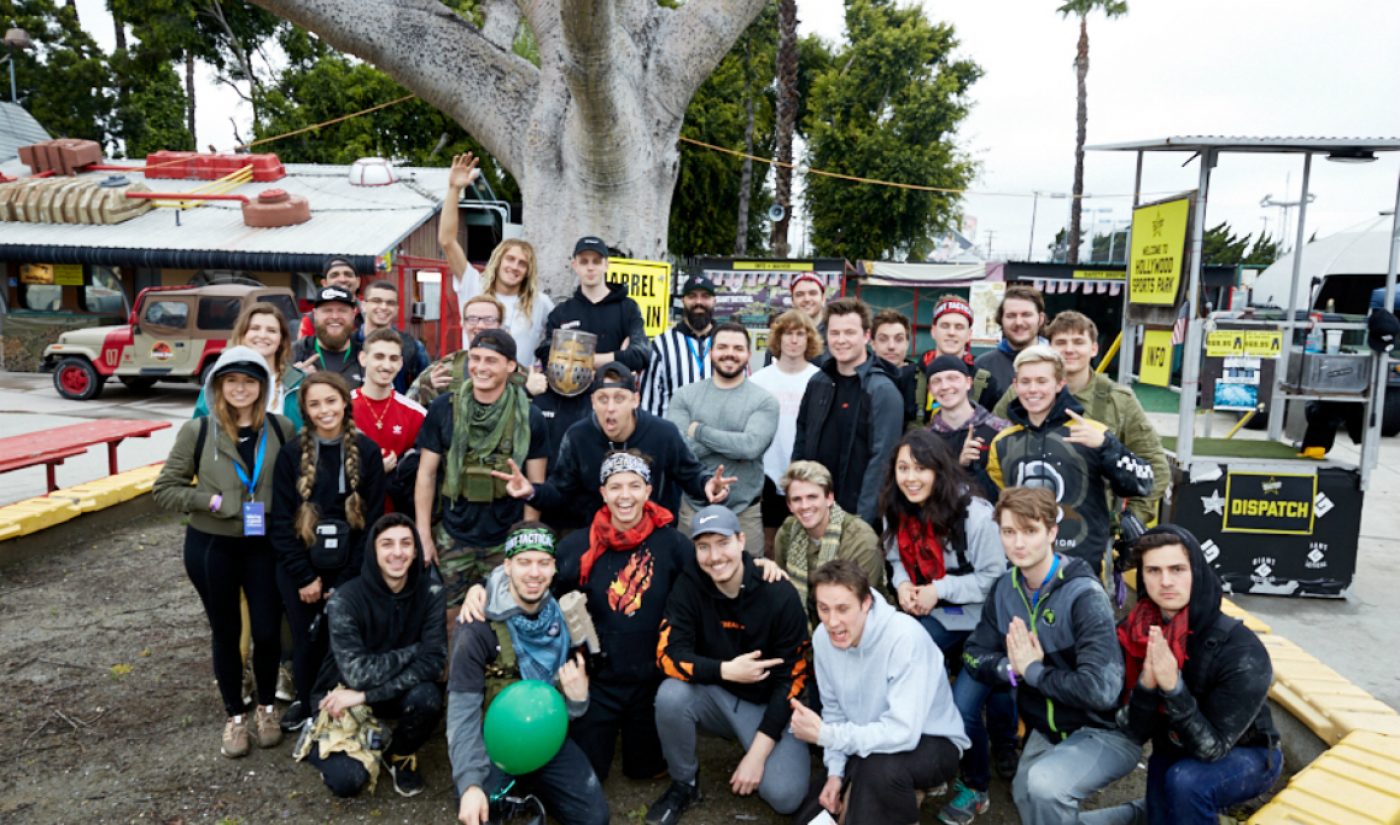 MrBeast just dropped one of the biggest YouTuber collaborations ever: a real-life version of hit battle royale game Apex Legends, featuring 39 top YouTubers facing off in a massive arena to win $200,000.

Here’s the star-studded list of competitors (in no particular order and inclusive of their subscriber counts):

MrBeast himself (real name Jimmy Donaldson) has 15.8 million subscribers. He’s captured YouTube viewers’ attention by being incredibly generous and, in recent months, by hardcore campaigning for PewDiePie to remain the No. 1 most subscribed YouTube channel on the platform.

According to his team at Night Media, Donaldson was looking for a way to put on a real-life YouTuber battle royale as his next big stunt when Apex Legends developer EA reached out with an offer to sponsor the event and provide prize money. The whole deal came together in less than three weeks.

In Apex Legends — which has amassed more than 50 million players since its release in January — 20 teams of three people drop down onto one large island, where they must scavenge for weapons, armor, health supplies, and powerups. The island’s battle zone slowly shrinks over the course of the match, forcing players into ever closer proximity. Players’ goal is to kill off other teams until only their team remains standing.

In MrBeast’s version (filmed with at least 40 GoPros, nine stationary cameras, and one drone at Hollywood Sports Park), the map was a gigantic expanse of flat, muddy ground filled with 250 concealed Airsoft weapons and liberally sprinkled with hideouts like small lean-tos and hollowed-out buses.

The 39 YouTubers were split into 13 teams of three. Each player went into a match equipped with three balloons. If all three of their balloons were popped by rival players, they were “killed” and their team had to go on without them. Like the in-game map, MrBeast’s slowly shrank over the course of the match, with a group of staff stringing yellow caution tape around the course in timed increments, making the playable area smaller each time.

He ran two matches, with the winning team of each match receiving a $100,000 prize.

MrBeast’s video of the battle royale has received a lot of love from YouTube viewers — it’s been watched more than 9 million times and collected half a million likes in less than 18 hours. And the creators who participated haven’t been shy about sharing the love, either…

find me in the photo, win 200k smooth apologies for the grammatical error above. pic.twitter.com/YGKIeMyRco

This was incredible to be part of! https://t.co/LHwDXrRchb

The best part about today is that everybody seemed like chill, normal people regardless of popularity/followings.. everybody I talked to was so kind and welcoming. Also I’ve never seen more cameras in my LIFE😂many vlogs coming soon. TY again @MrBeastYT for bringing us together😊 pic.twitter.com/6q0rmX9rlb

today was incredible. Felt like a school trip with your classmates, but they’re all Youtubers lmao 😂

The wait is over! NEW VID! the biggest and coolest Battle Royale ever! https://t.co/sRdG1IXINT pic.twitter.com/ongGRoZ3EU

The best part about @MrBeastYT events is bringing all creators together and having a great ass time! Keep killing it legend 🙏🏻 pic.twitter.com/ejQ4T9tFvT

I tactically slid and dove multiple times. There is a major difference. I sacrificed my body for the content. Thank you.

We don’t want to give away any spoilers, so to find out who reigned victorious in the fast-paced fight to become Apex champions, check out MrBeast’s half-hour chronicle of the competition below.