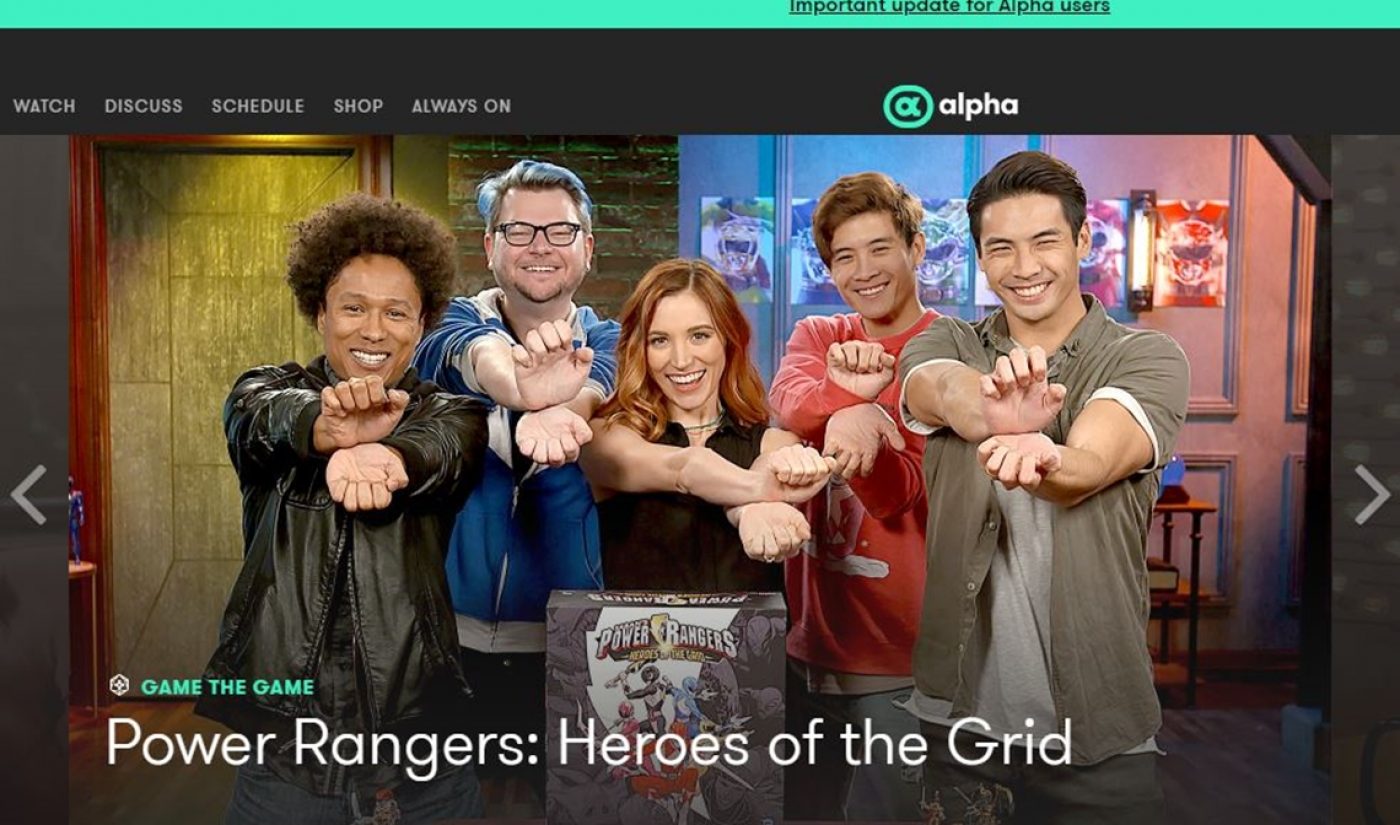 Alpha, the two-year-old streaming service from Legendary that touts content from its two subsidiary brands, Nerdist and Geek & Sundry, will shutter.

Going forward, all Alpha content will be streamed on Twitch “effective immediately,” the company said. Some titles are already being streamed on the Geek & Sundry Twitch channel. After they have been streamed, shows will become available as videos on demand (VOD) for subscribers. (Subscriptions are priced at $5 per month).

Techcrunch notes that Legendary claimed roughly a year ago that Alpha had a six-figure subscriber base that had increased by 200% over the year prior. All told, Legendary says that subscribers watched 600 million minutes of content on Alpha cumulatively. Alpha said that it would no longer accept new subscriptions or renewals as of last Friday. Existing subscribers will be able to watch content until March 31, whereupon the service will terminate permanently. Any outstanding subscription fees will be refunded on a prorated basis.

“This is the end of an era that we will remember fondly, but it’s also the beginning of a future where more of the premium Nerdist and Geek & Sundry content featured on Alpha will be available to more viewers than ever,” the company wrote in a memo to customers.”