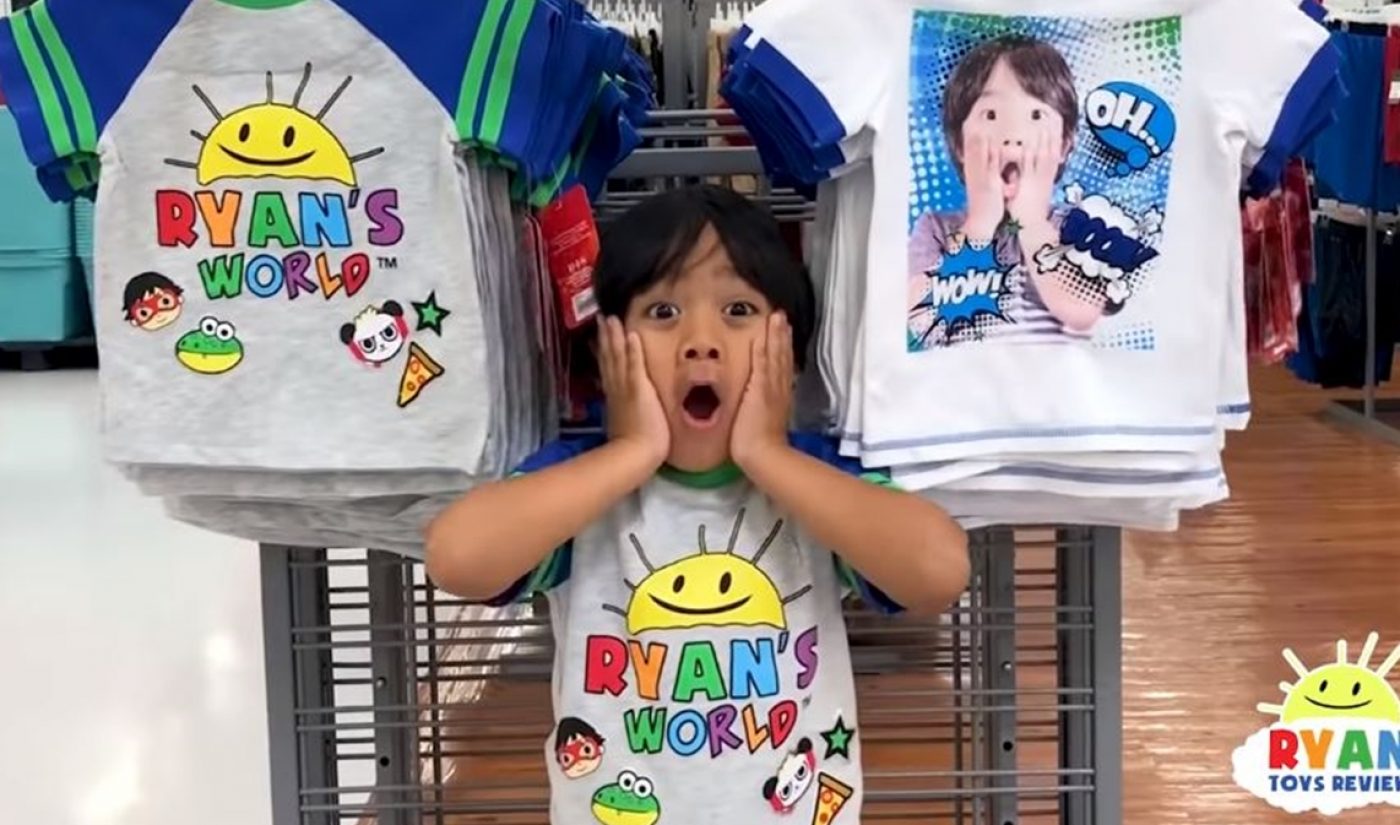 After expanding his multi-million dollar empire by inking 40 global licensing deals in January, seven-year-old YouTube phenom Ryan ToysReview is set to become even more ubiquitous with launch of his very own Nickelodeon series.

Ryan’s Mystery Playdate is a live-action romp that will follow Ryan, his parents, and several of their animated friends — including proprietary creations like Gus The Gummy Gator and Combo Panda — as they work together to overcome challenges to reveal the identity of a mystery playdate. The series is being produced by Ryan’s studio partner, pocket.watch, and will air on Nick Jr. — a Nickelodeon-owned channel aimed at children under the age of six. Twenty episodes will premiere in the U.S. later this year.

“Ryan is a kid who happens to be one of YouTube’s towering giants, with millions of followers who are going to love seeing him and his family on Nickelodeon in a totally new and fun way,” said digital vet Brian Robbins, who currently serves as president of Viacom-owned Nickelodeon. “Unboxing is just the start of the new adventures fans can expect from Ryan’s Mystery Playdate on Nick, and we’re excited to be working with pocket.watch to bring this series to our audience.”

Pocket.watch chief content officer Albie Hecht called Ryan’s Mystery Playdate “the natural next step in propelling Ryan to true global franchise status,” given that he has already forayed into books, games, and myriad consumer products through his Ryan’s World brand. Pocket.watch also repackages Ryan’s YouTube content — as well as that of the other creators it represents — for distribution on Hulu and Amazon.

Ryan’s YouTube channel, which is only four years old, counts 18 million subscribers and averages over 1 billion views per month.