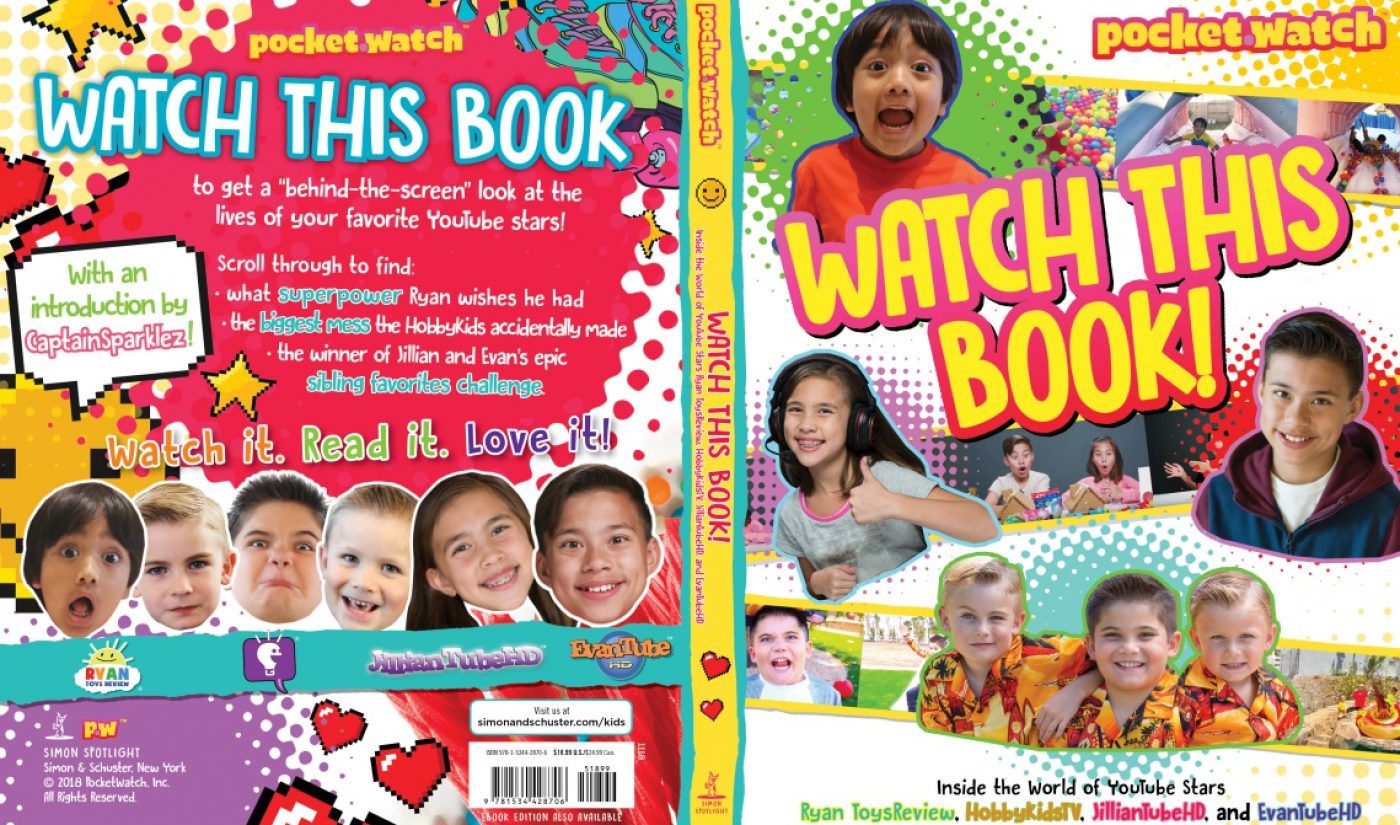 Pocket.watch has revealed its first literary project. The media company, which has amassed a network of popular, kid-friendly creators since launching last year, has announced Watch This Book, which will feature insights by YouTube stars like Ryan ToysReview, Captain Sparklez, EvanTube, and HobbyKidsTV.

Watch This Book will take readers behind the scenes of several beloved YouTube channels, which collectively count tens of millions of subscribers and billions of views. The young fans of the toy unboxing and gaming channels in Pocket.watch’s purview will discover new trivia about their favorite creators, who will also dispense videomaking advice for both kids and parents.

Pocket.watch inked a deal with Simon & Schuster’s  Simon Spotlight division last November, around the same time it added EvanTube and Captain Sparklez to its network. Watch This Book, the first title to emerge from that pact, will hit shelves on November 6, though it is currently available for the pre-order price of $10.99.

Several of the creators involved in the book discussed it on their YouTube channels. Here’s seven-year-old Ryan’s take on it:

Beyond books, Pocket.watch has also launched several other off-YouTube initiatives for its creative partners. Back in February, the network announced its plans to make toys that feature the likenesses of Ryan and others. The first items from that initiative were introduced at this year’s Toy Fair and are expected to arrive in stores in the fall.

Pocket.watch’s digital presence includes its YouTube channel, where the stars of its network are often featured. That hub has received approximately 37 million views since launching 11 months ago.