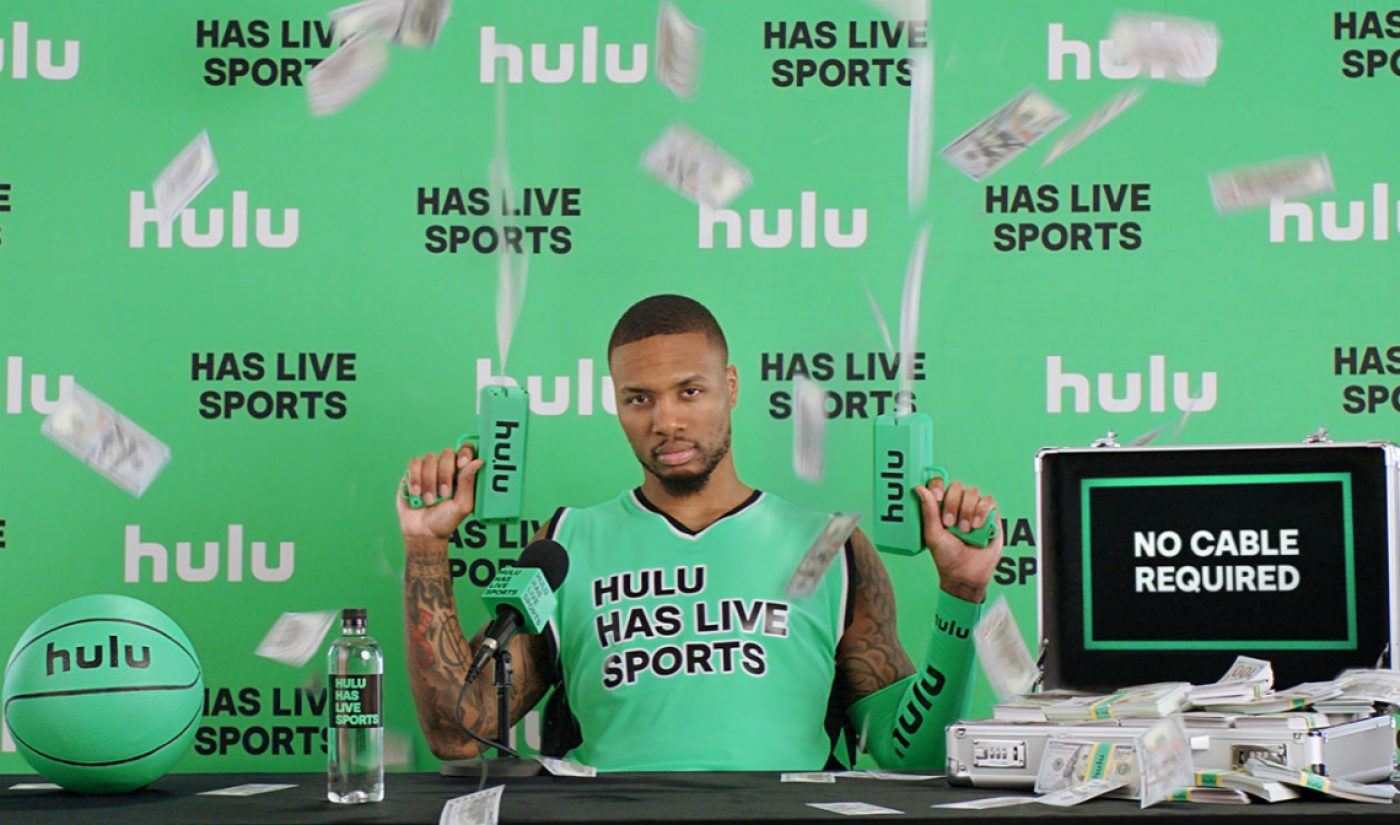 Hulu wants you to know the influencers in its ads are sellouts.

No, seriously. The streaming company’s new ad campaign is called “Hulu Sellouts” and is designed to tell consumers up front that yes, Hulu pays influencers to endorse its services. And the first set of influencers it’s paying to be featured in the campaign are NBA stars Damian Lillard, Joel Embiid, and Giannis Antetokounmpo.

Some of the trio’s ads (marketing the company’s $44.99/month Hulu with Live TV package) will air on cable TV this weekend during coverage of the NBA All-Star Weekend — hence the featured professional ballers. But the majority of the campaign is set for social media. Lillard, Embiid, and Antetokounmpo will each tweet from their respective accounts, hashtagging their posts #ad, #paid, #alot, #sponsored, #hulupaidme, #neversellout, and #hulusellouts, per the Wall Street Journal.

“Influencer marketing has taken on a life of its own,” Kelly Campbell, chief marketing officer at Hulu, said. “Yet at the same time we know athletes are getting paid a lot of money to endorse products.” Hulu added that the campaign, while calling to consumers with humorous self-awareness, is meant to add authenticity to its marketing.

The Sellouts campaign was created by Big Family Table with plans for it to run throughout 2019 and stars from different sports making #alot of #paid appearances.

This is the latest in a string of original advertising moves from Hulu. Last September, it rolled out ads that matched the themes of select in-house shows, beginning with sci-fi series The First. Then it debuted a Cyber Monday deal where it dropped its ad-supported tier to $11.88 for an entire year. (Shortly after, it permanently — or at least semi-permanently — dropped the price of that tier from $7.99 per month to $5.99 per month.)

And most recently, Hulu announced that beginning this spring, it’s diving into “pause-vertising” — aka running still ads that pop up when users pause what they’re watching.