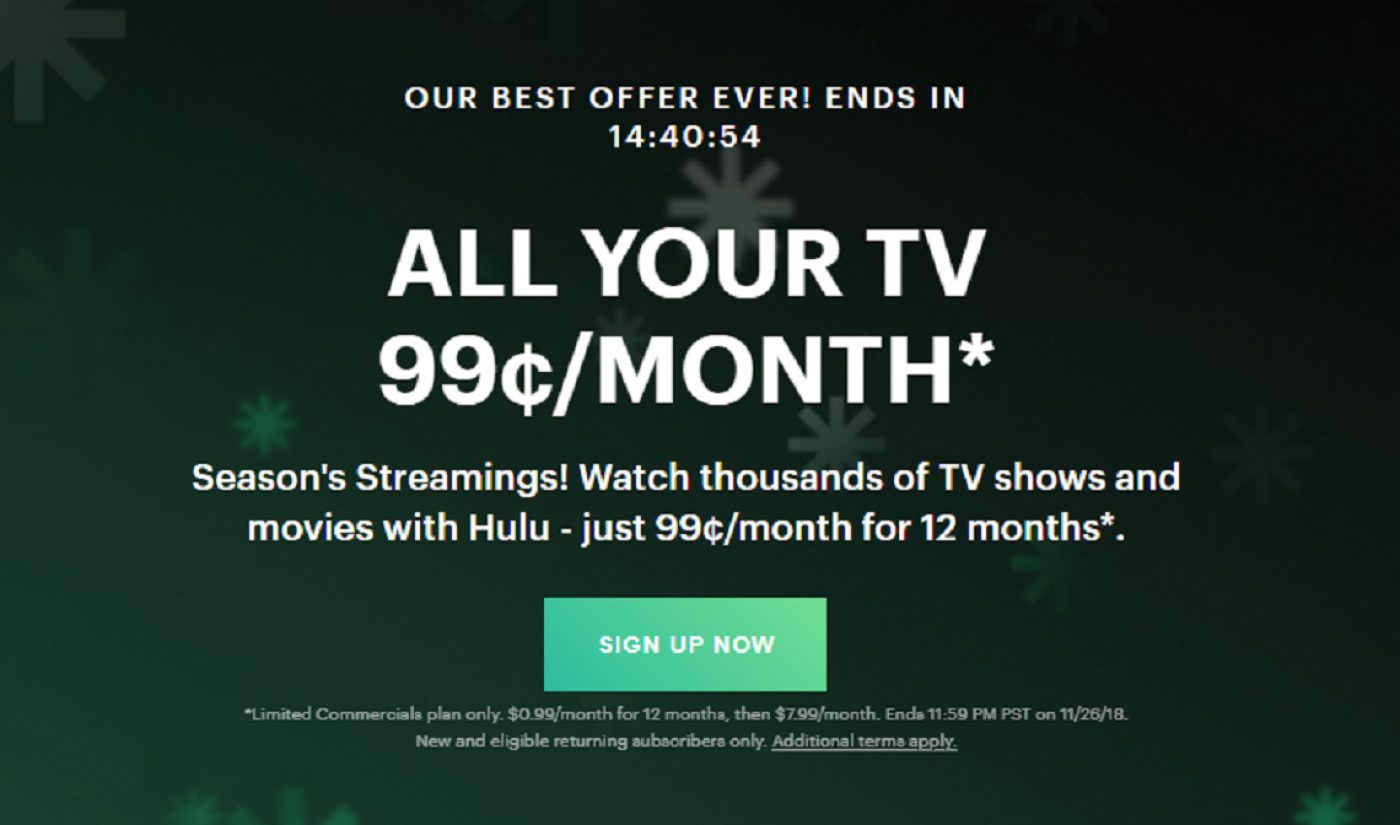 Hulu is going hard this Cyber Monday. The streaming service is offering new subscribers its steepest discount ever: a full year of its ad-lite plan for $0.99 per month.

The plan, which normally costs $7.99 per month and offers users access to Hulu’s entire library with limited advertising, will bump back up to full price once users’ first 12 months are up. Folks who want in have until midnight Nov. 26 to sign up.

This year’s deal is a significant price drop even from last year’s Cyber Monday, when Hulu offered the same ad-lite plan for $5.99 per month. And though this deal is ostensibly intended to snag a new crop of subscribers for Hulu (adding to the more than 20 million it already has), Hulu’s also obviously looking to entice lapsed subscribers into returning, as any subscriber who hasn’t paid for Hulu in 12 months or more is eligible to get in on the $0.99 offer alongside the newbies.

There are various terms and conditions for the deal, but for those curious, it does come with access to all of Hulu’s usual add-ons, including HBO and Starz, though none of them are discounted. Users can also add its Hulu with Live TV package, again at normal price — $39.99 per month.

Hulu’s isn’t the only deal streaming fans can hop on this Cyber Monday. Amazon, Roku, and Google are all offering discounts on their various streaming-related tech.